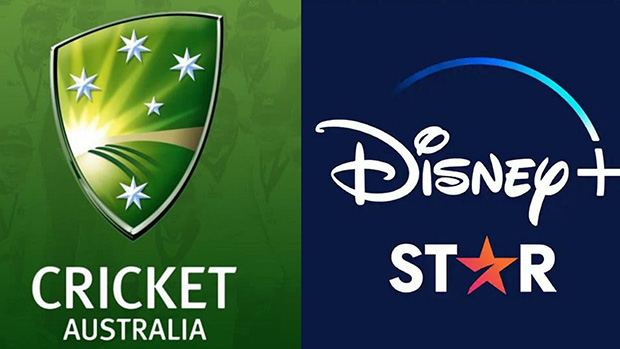 Walt Disney Company-owned Disney Star has bagged the broadcast rights of all Men’s and Women’s international cricket played in Australia for India and other Asian countries. The time period of the deal is seven years, as per Cricket Australia.

Cricket Australia took to Twitter on Sunday to share the information. The tweet read, “We are delighted to announce a new association with Disney Star to broadcast Australian cricket throughout India and other territories across Asia!”

“The seven-year deal commencing in 2023-24 will see Disney Star televise Men’s & Women’s International matches played in Australia as well as the @BBL and @WBBL,” it said in a further tweet in the same thread.

We are delighted to announce a new association with Disney Star to broadcast Australian cricket throughout India and other territories across Asia! pic.twitter.com/LcdklSrU3T

As per the deal, which is reportedly worth over $250 million, all international cricket matches and the domestic Big Bash League for men and women will be broadcasted to India and other territories across Asia from the 2023-24 season.

According to CA, Disney Star will take over from Sony Pictures Network India (SPNI), the current rights holders of Australian cricket. As per the Australian board, the partnership with the IPL broadcaster will offer numerous benefits, including widespread cross-promotion of the BBL.

“Cricket Australia represents some of the best content that the world of cricket has to offer, be it the standard of cricket played, the popularity of Aussie Cricketers, the rivalries and narratives or the context of playing in front of expressive crowds and in tough conditions," said Disney Star's Head of Sports, Sanjog Gupta

“Disney Star has been delighting millions of Indian fans by showcasing marquee cricket across our linear and digital platforms. Some of the most memorable moments for Indian fans have been produced in Australia and we look forward to elevating many more such moments with our unique brand of story-telling, programming, local activations and tech-enabled experiences in association with Cricket Australia.”

“We are delighted to announce this new association with Disney Star from season 2023/24 onwards," Cricket Australia CEO Nick Hockley said in a statement.

“Disney Star is synonymous with the game in India and we look forward to working with them to showcase the outstanding cricket played in Australia every summer. The magnitude of this association is a testament to the enduring rivalry and respect that exists between Australian and Indian teams, the excitement and popularity of WBBL and BBL, and the high regard of Australian cricket in India and global markets more broadly,” he added.

Meanwhile, netizens seem to have mixed opinions over the mega deal.

“I am surprised Star themselves bid for this price without having any competition from Sony who I believe were only going with a modest increase. Seems a bit odd doesn’t it,” wrote a Twitter post on the tread.

I am surprised Star themselves bid for this price without having any competition from Sony who I believe were only going with modest increase. Seems a bit odd doesnt it

On the other hand, some others also supported the deal by saying, “Back to where it belongs...Grown up watching on Star Sports. It just doesn't seem right when Sony was telecasting...”

Back to where it belongs...Grown up watching on Star Sports. It just doesn't seem right when Sony was telecasting...

Disney Star had also recently acquired the television broadcast rights to the T20 Indian Premier League for the period between 2023 to 2027.