As per the channel, this is the highest ever impressions for the grand finale of the show across seasons till date 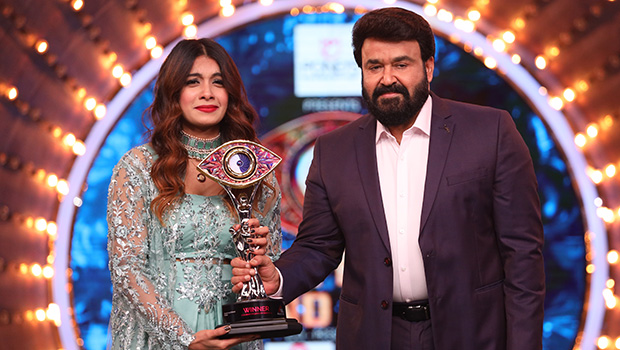 The fourth season of the reality show ‘Bigg Boss Malayalam’ has garnered 2.3 millions impressions, which is the highest ever for the grand finale of the show across seasons till date, as per Asianet.

Season 4 which launched on March 27, witnessed participation from 20 contestants with diverse preferences, world-views and life-stories and continued to entertain audiences through several months.

In addition to the usual conflicts, friendship, love, physical activities and mind games, ‘Bigg Boss Malayalam 4’ stood out for its uncanny representation of the Malayali society, as promised by the season’s tagline 'The new normal'.

True to the positioning of the channel 'Anudinam Valarunna Aathmabandham', the emotional bond between Asianet and its viewers keeps getting stronger day by day and the success of ‘Bigg Boss Season 4’ is a testimony to that bond.

Aside from the overwhelming love and support from television viewers, the positive feedback across digital platforms and active audience engagement also reflects the show’s resonance amongst the audience. Disney+ Hotstar fans also took to this season of Bigg Boss; resulting in huge traction on both TV and digital.

Dilsha Prasannan, who competed with six other finalists, was named the winner and awarded the prestigious trophy. She also became the first female to win the title in the history of ‘Bigg Boss Malayalam’.

The host Mohanlal continues to gain popularity amongst the audience. The ace actor, nurtured, supported and even criticised the contestants from time to time; making him a very involved host. Everyone who joined the house, from the wildcard entries to the first contestant, made a significant contribution to the show as it witnessed numerous discussions around gender equality, equal parenting, feminism and more. Social media chatter continues till date, with discussions and debates involving these strong viewpoints on the show.

It would not be an exaggeration to say that netizens wholeheartedly enjoyed the 'new normal' season, making it the most talked about show ever in Malayalam.

‘Bigg Boss Malayalam 4’ presented by Nerolac and Repose mattress was title sponsored by Ponds. Popular brands like India Indiagate, Elite, Domex, and Preethi also supported the grand show. While Dazzler and Atomberg came onboard as special partners, Nandilath Gmart, Joy Alukkas, and the Confident group were the associate sponsors.