The nationwide initiative encouraging women to call out against harassment, driving advocacy around issues related to women safety and measures to build a safe and secure space is now reaching Odisha 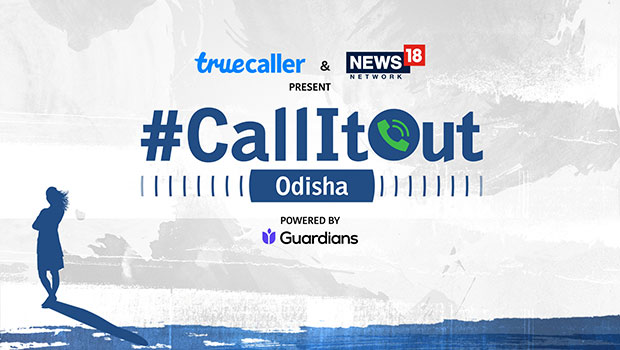 After the launch of News18 Network and Truecaller’s #ItsNotOk campaign in Delhi, followed by a townhall in Telangana, the #CallItOut Odisha Townhall is scheduled to be held on June 22.

The nationwide initiative encouraging women to call out against harassment, driving advocacy around issues related to women safety and measures to build a safe and secure space is now reaching Odisha.

Lending strong support to the campaign, the #CallItOut Odisha Townhall will have a keynote address by Naveen Patnaik, Chief Minister of Odisha.

Various forms of harassment have emerged as technology and innovation continue to evolve the way we communicate, stay connected, and function. As a consequence, there has been a surge in cases of harassment thereby increasing the risk and vulnerability of users.

Fostering a sense of security amongst people, the government of Odisha has taken several measures to enhance cybersecurity and build safer spaces for women. The townhall will see various stakeholders further elaborating on the benefits of existing laws, tools, infrastructure, and facilities, enabling people to fight back and report the harassment cases.

The findings of a survey done by Truecaller show that while 85% of women who receive inappropriate and harassing calls block the numbers, only 12% report it to the authorities. Taking cognisance of the rising cases of harassment, the Odisha state government realised the importance of having a special mechanism to handle and control harassment or abuse over digital space.

The state government introduced a dedicated Cyber Security Operation Centre and has 14 cybercrime and economic offense police stations. It has also implemented several cyber safety awareness drives from time to time to provide a safer environment for citizens.

Solving the problems of cybersafety and prevention of harassment are complex issues that require collective efforts from all stakeholders. The discussions at the townhall aims to bring more awareness and highlight effective solutions to address these challenges together.

Advocating this approach, the event will host engaging panel discussions on 'Safety & Security of Women in Odisha' and 'Safety & Its Role in Economic Empowerment of Women'.

Besides, the event will have influencers from the film, sports, social media, and music industries sharing examples of real-life incidents and tales of courage. Safety is an important and calculative aspect; women consider before making their decisions.

The lack of adequate infrastructure in facilitating a safe and secure environment limits the economic opportunities and growth for women. Yet safety and access to opportunities which is a fundamental right remain limited to many, today, women are at the helm of various fields inspiring many to follow their passion and have ambitions in life. Fighting stereotypes and various odds, women are emerging heroes setting examples for the world.

Smriti Mehra, CEO, Business News, Network18, said, “#ItsNotOk campaign was launched with the intent of creating a safe and secure environment for women and giving them a sense of empowerment by making citizens aware of various tools, existing laws, and the right authorities to report harassment cases. With this aim, the campaign has been successfully reaching out to policymakers and various stakeholders and bringing them together in the cause to encourage women to speak up against the harassment faced and report it to the concerned authorities. Spearheading the awareness message loud and clear, this time we are hosting the #CallItOut Odisha Townhall and hope to continue taking this campaign across the country.”

Pragya, Director - Public Affairs, Truecaller, said, "The Odisha townhall marks the third leg of the #ItsNotOk campaign, thus making our fight against harassment stronger in the country. The Government of Odisha has taken notable measures to enhance the well-being of women in the state. We are keen to support the government's efforts by enabling technology and transparency as we continue to ensure that communications and the internet are safe spaces for citizens to access and participate. This will further strengthen the state government’s efforts and encourage women to stop ignoring harassers and call them out.”

In the last three and half months, the nationwide campaign reached out to women on the ground and spoke to them about the issue of harassment, and encouraged them to let the world know their inspirational stories of fighting back.

The campaign organised a conclave held in Delhi in the presence of various ministers like Smriti Irani, Rajiv Chandra Shekhar, Devusinh Chauhan, representatives of the Delhi Police, and celebrities like Raveena Tandon, Huma Qureshi, Aditi Rao Hydari. This was followed by a townhall held in Telangana, where many dignitaries and public figures encouraged people to stand up against harassment.

The campaign brings into light existing facilities and laws introduced by the government and urges people to be informed. In reaching over 52 million people on digital platforms, the ‘Call it out because #ItsNotOk’ initiative by News18 Network and Truecaller aims to take the fight against harassment to a larger audience, thus making it a people’s movement.

The verified women helpline number 181 and emergency number 112 have also been made available on the home screen of the Truecaller app so that help can be just one tap away.