ISA likely to skip its turn again, will next BARC India Chairman be from AAAI? 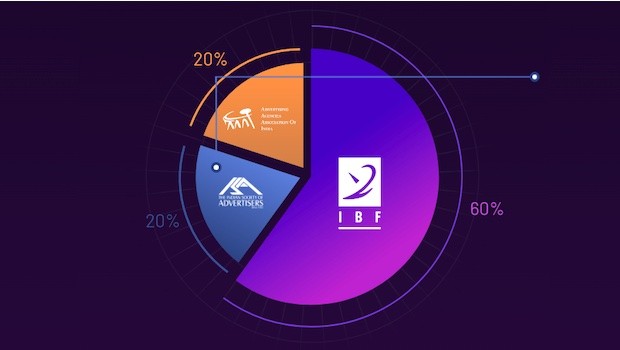 The next Broadcast Audience Research Council (BARC) India Chairman may be nominated by Advertising Agencies Association of India (AAAI) as the Indian Society of Advertisers (ISA) is likely to skip its turn again, BestMediaInfo.com has learned from highly placed sources.

According to BARC India’s constitution, the Chairman of the Board of Directors are determined by rotation, where IBDF has the right to nominate a Chairman for three years followed by ISA for one year and AAAI for one year.

When Goenka completed his first term as Chairman as IBDF nominee, it was ISA’s turn to nominate the Chairman. However, ISA decided to skip and Viacom18’s then MD and CEO Sudhanshu Vats was named Chairman for a year from December 2016 to December 2017.

The next came AAAI’s turn which nominated Nakul Chopra, the current CEO of BARC India, as the Chairman of the Board of Directors for a year.

Goenka returned at the helm as IBDF nominee for another three years from January 29, 2019.

“Logically saying, when ISA skipped its first term in 2017, it went to IBDF. If this time also ISA skips its turn, it should go to AAAI,” said a senior industry observer.

Another media veteran, who did not want to be quoted, questioned why the turn skipped by ISA cannot be handed over to AAAI.

The three-year term as BARC Chairman has been a roller coaster ride for Goenka.

According to highly placed sources, Goenka was under tremendous pressure from then Star India CEO Uday Shankar to remove Partho Dasgupta as CEO of BARC India.

Shankar had sensed some wrongdoings on Dasgupta’s part, which later came out to be true in the third-party audit report presented by Acquisory Consulting.

Then came the infamous TRP scam which turned out to be a nightmare for the people actively involved in the measurement system. Basis the Acquisory report findings, Goenka was also under tremendous pressure to clean up the system and remove all the people involved in manipulating TRPs including COO Romil Ramgarhia and Head of Finance Varun Krishnan.

After the extortion gate news was reported by Times of India, in which BARC India was forced to pay a huge sum of Rs 30 lakh to the now-suspended assistant inspector, Sachin Vaze, the News Broadcasters Federation (NBF) in a press statement had demanded several explanations from Goenka.

The NBF continued with its pressure on Goenka every now and then, including last week when it pressed for the release of TRPs for the news genre latest by February 3, 2022. As the deadline gets over today, neither BARC India nor Goenka has responded to NBF’s letter as of now.

On the other hand, News Broadcasters Association led by Rajat Sharma has been pressing for removing the flaws in the system before resuming data for the news genre.

A couple of whistle-blower complaints about massive corruption led to a few audit committees, the reports of which are yet to be shared with stakeholders. However, the ratings body saw exit of another CEO Sunil Lulla after which Nakul Chopra was named interim CEO of BARC India.

Keeping the turbulent journey in mind, many in the industry have raised doubts about Goenka even being interested to continue as Chairman at a time when news ratings are set to return and he has bigger responsibilities back home with the important and big Sony-Zee merger.

Upon being asked if there’s any scope for Goenka’s reappointment, an industry watcher said Goenka’s election may not be a smooth ride and will not go uncontested. “In such a situation, the industry will have to find out a name that is acceptable for almost all,” he added.