The yet-to-be-titled film will release theatrically on July 28, 2023 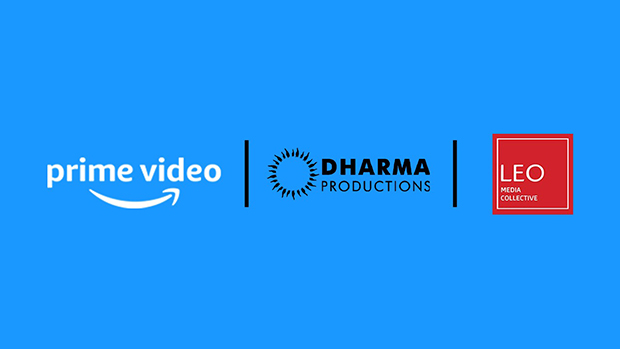 Prime Video announced that it will co-produce a new movie for theatrical release with Dharma Productions and Leo Media Collective.

The film also features Triptii Dimri and Ammy Virk in pivotal roles and is scheduled for a theatrical release on July 28, 2023. Following the theatrical release, the film will be available for streaming for Prime members in India and in more than 240 countries and territories.

The Vicky Kaushal-starrer is the second theatrical co-production that Prime Video is associated with Dharma Productions.

“As the first choice of entertainment, our aim is to super-serve our delightfully diverse customers in India with local stories that they can enjoy on any screen of their choice. We are committed to the growth of the Indian film industry and our recent foray into co-productions is a perfect example of this,” said Gaurav Gandhi, Vice-President, Prime Video, India.

“Our association with Dharma for theatrical co-productions is a perfect extension of our existing deep association that includes licensed movies, direct-to-service premieres and Indian Originals across both series and films. After announcing Yodha as our first co-production, we are now thrilled to announce Anand Tiwari’s film as the next co-production with them. I am confident that Prime Video and Dharma Productions will together continue to deliver world-class cinematic experiences to viewers within India, as well as across the globe.” he added.

Karan Johar, Dharma Productions, said, “Anand Tiwari’s upcoming film is special on several counts. It is helmed by a master storyteller, features Vicky Kaushal – a National Film Award-winning actor, and is also a natural progression of our association with Prime Video. Together with Prime Video, we have delivered some of the most memorable stories to audiences around the world. From direct-to-service premieres of Shershaah and Gehraiyaan, to giving a global reach to our theatrical ventures when they are released on streaming, the worldwide success of our films is a testament to the strength of our association with Prime Video. We are thrilled to be collaborating with them across the spectrum of storytelling – licensing, original series, original movies and now theatrical co-productions.”

In the last two years, Prime Video launched Shershaah and Gehraiyaan, directly on the service, serving it to audiences in 240+ countries and territories.

Earlier in the year, Prime Video also announced a slate of original series and movies with Dharmatic Entertainment.

“Dharma Productions has a history of successful storytelling and we are proud to have played an important role in taking their best stories to the world,” said Manish Menghani, director – content licensing, Prime Video, India.

He further said, “This step of foraying further into theatrical co-productions will serve to strengthen our partnership and collective commitment to bringing the best content to our customers, across the world. We are excited to work with the best creative voices in the country to co-create stories that leave an everlasting impression on the viewers. Anand’s untitled next features stellar talent in front of and behind the camera. We are truly excited to embark on this new journey and see where it takes us.”

Apoorva Mehta, CEO, Dharma Productions, said, "Anand Tiwari’s upcoming film is an eclectic mix of drama, emotions and a dash of comedy which will leave the audiences gleaming. With a stellar cast like Vicky Kaushal, Triptii Dimri and Ammy Virk, the film is the perfect summer entertainer and we can’t wait for the audiences to watch it in theatres. We are delighted to collaborate with Prime Video on two theatrical films. In Prime Video, we have found a partner that not only shares our vision of offering engaging cinematic experiences but also provides global distribution to the best stories from the Indian entertainment ecosystem. Through these collaborations, we will further nurture our successful deep association with Prime Video.”

Leo Media Collective is also a co-producer of the upcoming Vicky Kaushal film. Co-founded by Amritpal Singh Bindra and Anand Tiwari, Leo Media Collective has become synonymous with premium quality, coming-of-age content in the entertainment space. Though he began his career working in Hollywood, Amritpal’s love for Indian content brought him back to India to create Indian content for global audiences. With vast experience in the world of films, advertising and theatre, Anand Tiwari too, has created a niche for himself in the entertainment industry.

Talking about the upcoming film, Anand Tiwari and Amritpal Singh Bindra, founders of Leo Media Collective, said, “We are excited to make our theatrical debut working alongside two of the biggest champions of storytelling in India – Prime Video and Dharma. The film is a wholesome entertainer. We are certain that the audiences will love watching a story that hasn’t been told before. We are also excited to partner with Prime Video once again. Together, we have delivered two of the most differentiated stories in recent times – Maja Ma and Bandish Bandits. At the same time, we are looking forward to working with the team at Dharma Productions. The coming together of three entities that have shared values on storytelling and content makes this film even more special.”