Will increase ad spends and split it equally between digital and traditional mediums in 2023: Sapna Desai of Manipal-Cigna

Desai, Chief Marketing Officer, ManipalCigna Health Insurance, stated that the role of the brands in the health insurance category is now not limited to that of ‘category selling’ but has shifted to a more ‘brand selling’ one 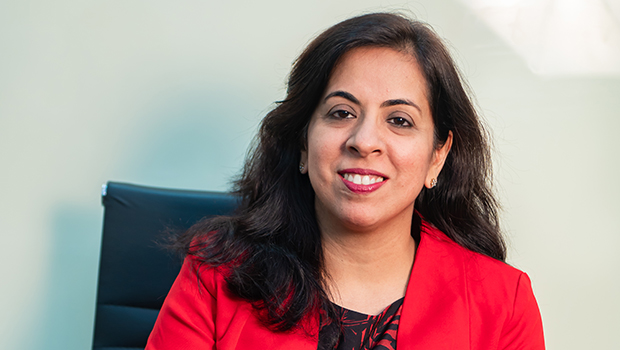 In the post-pandemic world, since consumers have become more health-conscious, Sapna Desai, Chief Marketing Officer, ManipalCigna Health Insurance, asserted that the brand is now looking at increasing their ad-spends and would focus equally on both digital and traditional mediums, like regional media, TV, etc.

Upon being asked about the feedback received on the latest brand campaign, Desai said that they have been receiving overwhelmingly positive responses from the entire ecosystem on the usage of the brand ambassador and the messaging and content of the latest commercial.

The social engagement for the latest commercial launch has been varying between 8-10% whereas the View-Through-Rate for the 45-seconds film has been over 60%, Desai stated.

She also went on to assert that ManipalCigna had used a mix of digital and TV ads during the T20 World Cup to get a better reach for their latest brand film.

Desai also revealed that when ManipalCigna had onboarded Manoj Bajpayee as the brand ambassador, the big connection that the brand felt with him was primarily on the grounds that Bajpayee inspires trust and has the expertise to be associated with a category like health insurance, thus with ManipalCigna, it is a seamless brand association.

She also stated that the other point that made him tick all the checkboxes of the brand, which operates in the category of health insurance, was ‘his genuine demeanour and ability to make the conversation palatable’.

However, Bajpayee’s linkage with ‘The Family Man’ was something which in the views of Desai really added on to the ‘trust-worthy and expert in his field’ quotient which also aligns with ManipalCigna’s positioning as a ‘health insurance expert’.

Commenting on the association between the brand and the actor, Desai said that ManipalCigna has signed a year-and-a-half non-equity endorsement deal with the actor.

As part of the association with Bajpayee, ManipalCigna has already shot the brand film and a few product feature films with a different yet interesting content take which will be released across the first two quarters of 2023, Desai said.

“We have also shot films with Bajpayee across social platforms and especially around holistic content for all our stakeholders - including advisors, trade, distribution, employees, etc. - as the brand is really built with a touchpoint for all stakeholders,” she said.

Since the pandemic, almost 75-80% of the ad-spends of ManipalCigna have been allocated to digital mediums. “We’ll continue to stay at that level, but we do have plans to increase our distribution and grow our penetration which is why we are looking at other mediums as well to help build us on our digital audience,” said Desai.

Desai also asserted that the brand continues to use Meta and YouTube to convey the message across the audience groups in Tier-II and III towns and cities as of now, but the brand might have to look at Television for building on its digital reach as the brand plans to expand its distribution.

“We will be increasing our ad spends in 2023 because we do feel that there is an increased consumer pull from the market and we need to enable that growth, thus we will also be increasing our brand investments,” she said.

Commenting on how the allocation for the increased ad-budget rollout would be for ManipalCigna, Desai stated that the brand is looking at a 50-50 split between traditional media and digital medium in 2023.

The pandemic-effect on the growth strategy of ManipalCigna Health Insurance

The pandemic has been a ‘moment of truth’ for all companies in the health insurance sector as most of the players had to opt for self-fund for treatments pertaining to Covid in the absence or very little exposure to government funds, as per Desai.

“Since the whole onus of being an essential service provider came to the health insurance companies during the pandemic, the sector has really stood strong and paid the pandemic claims, which normally aren’t covered as the sector does not price for a pandemic,” she said.

Desai also stated that in the pre-pandemic world, the health insurance industry was communicating on the lines of drawing out fear from the minds of the audience and prepping them for a rainy day.

The industry had to ‘hard-sell’ the concept of opting for a health insurance plan to an audience who had a mindset of “We are young and perfectly healthy, so what’s going to happen to me and why should I waste my money on buying an insurance plan,” she stated.

But in the aftermath of the coronavirus pandemic, the lines of communication changed drastically as the sector now doesn’t need to sell the ‘concept of health insurance’ anymore since it is no more a grudge purchase for saving on ‘tax’ and all that is needed now is a ‘nudge’, she said.

The role of the players now is not limited to that of ‘category selling’ but has shifted to a more ‘brand selling’ one, because the category is almost sold, as per Desai. She also went on to add that now the task at hand for ManipalCigna is that of brand building, brand selling and creating a brand preference as consumers on average have become much more aware.

Additionally, Desai also highlighted that the consumers are much more aware than they ever were when it comes to purchasing health insurance, thus what works for any health insurance brand in modern times is product superiority, which is also the next frontier that ManipalCigna wants to crack.

Upon being asked what is the current market share of ManipalCigna, Desai stated that the brand currently has a 5% market share amongst Stand Alone Health Insurance (SAHI) players a considering that the brand has been in the market for a comparatively lesser duration, the growth has been quite decent as their YoY growth for the period between 2021- 2022 stood at 30%.

Furthermore, Desai also emphasised that their USP is that they are a ‘Health Insurance Expert’ with global experience and local expertise, and offer ‘fully loaded products’, ‘quick and easy claim settlement’ and ‘a better healthcare experience’.

Commenting as to what is the ideal target audience for ManipalCigna, Desai ascertained that the brand primarily targets healthy people in the age group of 25-45 years through its various comprehensive product offerings in the market.

“We want to reach out to our consumers when they’re healthy and get them to buy the right amount of health insurance coverage in the early stages in life, to help safeguard their long-term financial goals and enjoy lifetime access to quality health care,” Desai said.

Additionally, Desai also went on to add that the metro cities continue to hold a higher weightage in terms of ManipalCigna’s business, but the brand is still seeing growth coming from Tier-II and Tier-III towns as well.

“Because we are seeing a high amount of growth from Tier-II and III towns, we are planning to ensure that we bring in traditional as well into our media mix to dig deeper into the regional language-speaking market to establish a local connect and strike a 50-50 market splash on both digital and traditional mediums like regional media, TV, etc.” she said.

Desai asserted that apart from the brand ambassador, the brand also plans to collaborate with influencers who are ‘experts’ in their fields, especially in the financial field, as the brand’s tagline, ‘Expert ki suno, Sahi chuno’.

In the past, ManipalCigna has been associated with Gurleen Kaur Tikku, Pranjal Kamra, Ankur Warikoo, CA Rachana Ranade, Sayali Rai and Niyati Thaker of FinCocktail.

“We are working now and will continue to associate in influencer programs for our social media in future as well since we see a really good response from the public during such activities, but we’re not looking at onboarding a new brand ambassador as of now,” Desai said.

For their social media handles, ManipalCigna aims to pick up on newer trends along with relatable content to the brand’s audience, Desai pointed out.

“It is through our social media handles that we pick up specific influencer collaborations for specific age groups and target the early 20-years older generation, followed by other digital mediums for the people in the age group of 30 or even 40 years,” she said.

Upon being asked as to how fin-influencers come into the picture and help ManipalCigna in achieving their campaign objectives on social media, Desai replied that when it comes to social media influencer campaigns, all the influencers whose genre is finance-specific already have their own set of audience in certain age groups. “The fin-influencers are playing a role in connecting to our target audience which is not normally found on traditional mediums or even Meta, per se,” she added.

Desai also went on to state that since the audience and their consumption pattern is changing, the brand wants to get the right audience who has an intent for purchasing the product, thus collaborating with fin-influencers helps the brand to reach out to those set of audiences who follow finance-related information and thus provide for the right intent of purchase, maybe at the moment or even in the longer run.