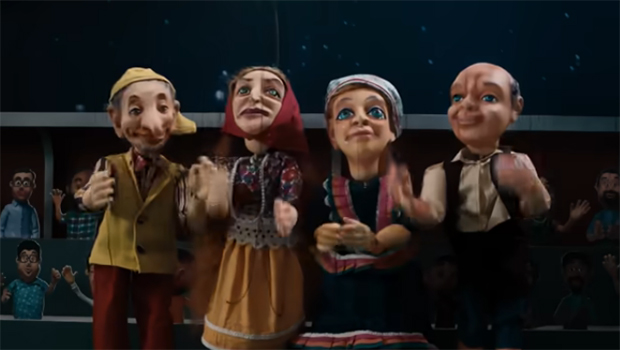 The campaign, created to fuel the excitement for the start of the Football World Cup is now live across TV and digital mediums.

JioCinema, which is now available to download for all telecom services subscribers, will live-stream all the matches and offer curated content around the FIFA World Cup Qatar 2022.

The competition from November 20 through December 18 will be available to all viewers on pay-TV channels Sports18 – 1 SD and HD.

The campaign film, developed and conceptualised by Ogilvy, is a story of a fun heist, pulled off by a group of football fans at a world-famous puppet show in a carnival. A sizeable crowd has gathered to watch the puppet show. A shrill whistle interrupts the act as the football fans seize the show.

Enter the puppets of superstars Lionel Messi, Cristiano Ronaldo, Neymar Jr, Harry Kane, and Kylian Mbappe who take over the act with an exhibition of exhilarating skills, as the audience gets caught with the thrill of the world’s most beautiful sport.

The film hopes to excite viewers and fans giving them a flavour of the euphoria and the carnival atmosphere that a football World Cup brings in.

Using the puppet show as a metaphor, Viacom18 Sports announces that no show entertains fans and connects with the community as passionately as the FIFA World Cup.

“We want everyone in the country to experience the infectious energy that comes with the world’s most watched sporting event, the FIFA World Cup and enjoy this tournament like never before. Our campaign reflects the celebration that comes with the event and the intrinsic power it possesses to enthrall one and all,” said Viacom18 Sports spokesperson. “With Isse Bada Kuch Nahi, we aim to spark uncontainable excitement and urge everyone to download JioCinema, now available to all telecom subscribers, to experience the World Cup like never before.”

“FIFA World Cup is the biggest entertainment spectacle in the world. Our campaign, ‘Isse Bada Kuch Nahi’ brings to life this football fever that’s about to capture the hearts of the country and the world by taking over every other form of entertainment,” said Ogilvy India Chief Creative Officer Sukesh Nayak. “Brought to life by puppets of the most loved football stars, this fun takeover idea will surely have the World Cup fans tuning in for all the upcoming entertainment.”

JioCinema will offer multiple language feeds for the FIFA World Cup Qatar 2022 including Tamil, Malayalam and Bengali. The campaign will also have short edits urging fans to watch the World Cup in these languages and reiterate how the world’s greatest sporting spectacle will be available to one and all for no subscription fees.

The 64-match showcase will be headlined by live streaming in 4K on JioCinema.