‘Sony SAB moving away from comedy but won’t sensationalise, overhype and push the limits of drama’

BestMediaInfo.com speaks to Vaishali Sharma, Marketing and Communications Head, Sony SAB, PAL and Sony MAX Movie Cluster, about the evolution of the channel over the years 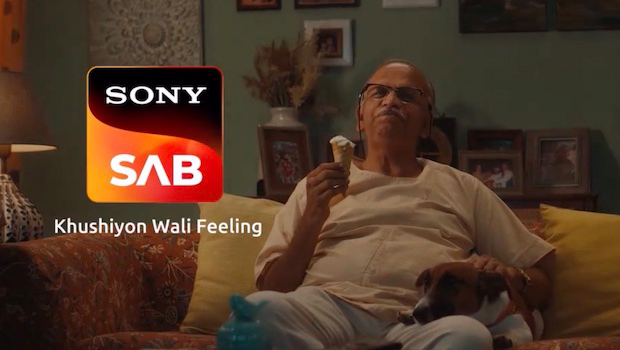 Launched by Sri Adhikari Brothers in 1999 as a Hindi comedy channel and later acquired by Sony Pictures Networks in 2005, Sony SAB (erstwhile SAB TV) has finally shifted its gears from being a comedy-centric channel to offering more progressive content in a massive rebranding exercise.

Stating the reason for the big move, Vaishali Sharma, Marketing and Communications Head, Sony SAB, PAL and Sony MAX Movie Cluster, said, “As part of the channel’s evolution, Sony SAB is moving away from being a comedy channel because comedy can be limiting in terms of expression and appeal. There is a limited repertoire of what you can write for four hours of prime time six days a week and it’s not easy. We have done that for many years now.”

She further said, “We are a family channel that wants to appeal to everyone in the family. We cater to all groups of people. We wanted to be more inclusive of everyone’s tastes in the family. This led us to explore different stories and themes. Strategically, if one channel does only comedy content, then it would be challenging to appeal to more and more people.”

With this rebranding, Sony SAB aims at becoming a channel that tells stories which resonate with the everyday lives of people and inspires them to celebrate life by highlighting the small yet unforgettable moments, while catering to the entire family.

“This is the need gap and the beautiful space in the Hindi general entertainment genre. We are now the channel which appeals to everyone in the family with slice-of-life stories. We have moved away from comedy but not away from being the symbol of hope and positivity,” said Sharma. 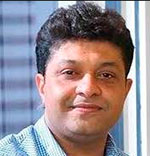 Neeraj Vyas, Business Head, Sony SAB, PAL, and Sony MAX Movie Cluster, said, "Sony SAB is entering a new phase as the brand is undergoing metamorphosis with its content and brand strategy. We are looking for stories and insights from the daily lives of people. As creators we are constantly looking for new themes and new insights that reflect on the trends and what people are going through, staying ahead with consumers and their changing lives.”

The channel said it would offer more progressive content and will launch new shows in the coming months to further strengthen the brand's position as a living room brand.

The channel has already announced the launch of its upcoming show “Dil Diyan Gallan”.

This is in addition to continuing to entertain its audiences with shows like 'Maddam Sir', 'Wagle Ki Duniya,' 'Pushpa Impossible,' 'Dharm Yoddha Garud,' and the recently launched 'Alibaba Dastaan-e-Kabul,' as well as the evergreen 'Taarak Mehta Ka Ooltah Chashmah'.

While the channel is looking to create serious content, Sharma told BestMediaInfo.com that this move by the channel doesn’t mean it will sensationalise, overhype and push the limits of drama in their shows.

“The stories will resonate with everyone. We as humans face many ups and downs in life and that is what we’ll be exploring at Sony SAB,” added Sharma.

The audience today is facing content overdose due to the rise of OTT, social media channels, and short video content creators, which in turn poses a threat to TV channels, especially the comedy genre.

In such a scenario, commenting on how challenging it has become to get the audience's attention, Sharma said, “The content explosion today is massive. After the isolation of the pandemic, there is an explosion of everything we have experienced or willing to experience. Even after the content overdose, TV has its own place, which comes as an advantage to us. Our consumer research says that prime time is family time spent watching TV. Certain research also suggests that people consume their own kind of content on mobile only at late hours of the night.”

She further said, “This doesn’t mean it is easy to make content for TV, which is exactly the reason we are exploring new themes at Sony. One can already notice the diverse storylines we are doing, which helps us stand apart.”

To promote the new brand positioning and the rebranding, the channel has launched a campaign consisting of three films which will be heavily promoted across the channel and social media. The channel will also be engaging with the audience through its shows’ characters promoting its new positioning. As part of the social media plan, Sony SAB will be engaging with the audience through activities which focus on celebrating the little joys of life.

The three films reflect the channel’s upcoming shows, Sharma told BestMediaInfo.com. Throwing some light on the insight for the films, Sharma said, “The brand campaign is very heart-touching. It brings a smile to the face but with a little gulp. It clearly communicates what we are aiming to do with the channel. We aim to show that we will continue to make you smile despite the challenges in life.”

Vyas added, “The recently launched brand films will further help us cement our positioning as a brand that goes beyond just providing entertainment and helps us connect emotionally with our audiences on a much deeper level. As a channel we are forward-looking, catering to the diverse needs of the family and yet at the same time bringing them together."

Generally, TV channels opt for massive outdoor and print ad blitzes when they undergo such a rebranding exercise. Sony SAB has, however, refrained from both because according to Sharma, one can’t communicate emotions through outdoor and print advertising.

She added, “It also depends on what you’re communicating. We do outdoor and print advertising for show launches. A feeling cannot be communicated through outdoors and print mediums.”

On being asked about why the brand specifically stuck to three brand films, Sharma said, “All three films appeal to different age groups. Also, we loved the three stories and the feelings they are emoting, so we went ahead launching all three of them.”

The films have been made conceptualised and executed by Gopi Puthran, known for films like ‘Mardaani’ and ‘Lafangey Parindey’.

While the brand films took a couple of months to be made, Sharma said that the channel has been working on rebranding for over 15 months. “We did consumer research, understood the pre and post-pandemic impact on people and storytelling that the people like. We deliberated on the brand values we want to build. It’s a journey that we have taken. It will take a couple of years before we are stopped being called a comedy channel,” commented Sharma.

The channel first rebranded itself to a happier avatar in 2017 with Varun Dhawan onboard as its happiness ambassador. At that time, the channel unveiled a new logo and tagline, ‘Haste Raho India’ with the mission to be recognised as the ‘frown flipper’ for Indian audiences.

Then again in 2019 it repositioned itself to ‘Khushiyon Wali Feeling’. According to the company, with the new brand philosophy back then, Sony SAB wanted to take a stand for a larger purpose in life, that of making people happy by bringing unforgettable moments and infinite experiences that lift the heart and free the minds of the viewers, in turn, making them better human beings.