The 12-episodic series, directed by Sudhir Mishra and co-directed by Sachin Mamta Krishn, will be streamed from November 11 onwards 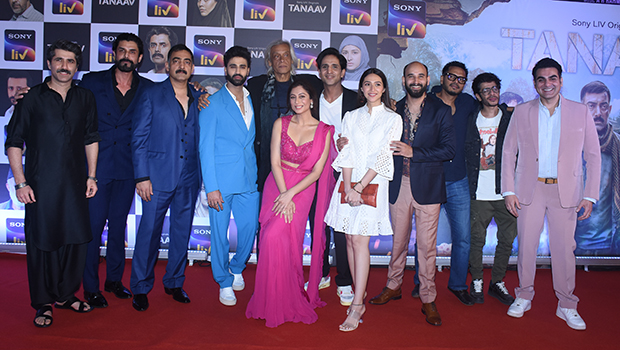 Sony LIV is all set for the latest release of Director Sudhir Mishra’s show – ‘Tanaav’.

The show is a narrative of various perspectives and its physical, emotional, and ideological impact on human minds. The 12-episodic series, directed by Sudhir Mishra and co-directed by Sachin Mamta Krishn, will be streamed from November 11 onwards.

This fictional socio-political drama is a blend of various shades of emotions, drama, and thrills - all packed into one.

Tanaav traces the journey of a Special Task Group in Kashmir. This complex narrative encompasses multiple layers of bravery, deception, greed, love, and revenge, all interwoven with strong performances. Adding to the series is singer Javed Ali’s voice, that carries the audience through this compelling narrative, creating a deeper emotional impact.

Tanaav is produced by Applause Entertainment in association with Applause Productions. Created by Avi Issacharoff and Lior Raz and Distributed by yes Studios.

Sudhir Mishra, Show Director, said, “With Tanaav, my aim was to explore and delve into variety of human emotions.  Every action is reaction to the events experienced by us.  There is always a tug-of-war between the brain and heart. This is what Tanaav is. We wanted to spark the audience’s conscience by showing each character’s complex and existential battle. As a filmmaker, I’ve always been inquisitive in exploring the complexities of the human psyche in depth and the show has given me a chance to do it. I’m glad to bring a story like this that is backed by powerhouses like Sony LIV and Applause Entertainment.”

Saugata Mukherjee, Head – Content, Sony LIV, said, “Tanaav has been developed keeping in mind the ever-expanding need for high-quality, versatile content as well as the changing tastes and preferences of our audiences. While on one hand it is a nail-biting thriller on the other it is also a human drama that transcends borders. We have always believed in authentic stories and in Tanaav we find a narrative that will strike a chord with many. And with the master storyteller Sudhir Mishra and Applause Entertainment steering it, Tanaav is nothing short of cinematic spectacle.”

Sameer Nair, CEO, Applause Entertainment, said, “At Applause, we are always drawn to authentic, disruptive stories that reflect diversity. Stories have the power to travel and find universal resonance. With Tanaav, our core idea was to adapt the story for a wider audience. Together with the vision of filmmakers Sudhir Mishra and Sachin Mamta Krishn, Tanaav brings alive a distinctive narrative that boasts of a talented ensemble depicting strong characters. Filled with suspense, drama, emotion, and action, we look forward to bringing ‘Tanaav’ on Sony LIV, adding another one to our growing list of successful collaborations.”