Piyush Goyal calls for self-regulation within entertainment industry on content

Goyal, Union Minister, Commerce and Industry, expressed concerns over India's share (less than 1%) in the global market of media and entertainment 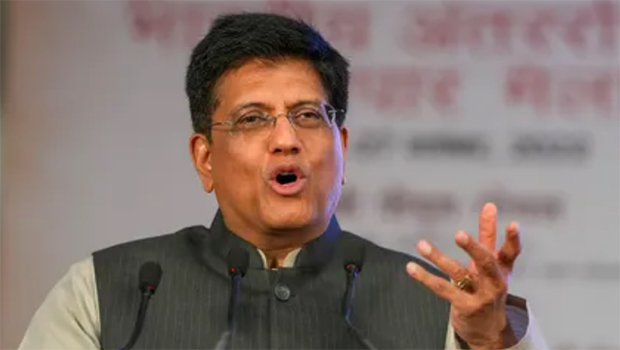 Union Minister, Commerce and Industry, Piyush Goyal on Thursday asked the entertainment industry to self-regulate the content of programmes on televisions and over-the-top (OTT) platforms as some of them are beyond acceptable standards within the Indian cultural landscape.

Speaking at the CII Big Picture Summit, Goyal stated that some form of self-regulation and some levels of decency in the presentation of India, Indian families and culture needs to be there.

"I do believe that some form of self-regulation within the media and entertainment industry is called for. On the one hand, we talk of our culture, rich tradition, our heritage, our family value systems and on the other hand, some of what we see on television and OTT platforms certainly is beyond what is ordinarily acceptable standards within the Indian cultural landscape," the Minister said.

He wondered if any of the Indian families use the kind of language that is sometimes reflected on some of these OTT shows.

"I do not know if it helps in selling your product any better. I suspect not," Goyal said, adding, "while we welcome modern content, I do believe that some form of self-regulation and some levels of decency in the presentation of India, Indian families and Indian culture is something where the captains of this industry should also play a role.”

He said that some of that content would never be acceptable when it showed in a movie, then why that would be acceptable on an OTT platform?

"And then if you do not self-regulate, there would be a clamour from the society that, (then) the government will have to regulate. So, I do believe that it is important that everybody participates in an effort to make your industry more acceptable and really bring in value prepositions," he added.

Goyal advised that the messaging of content should not be disconnected from the Indian reality.

"I do think that, that will help the industry in its engagement with the law also and with new ideas," he said.

That content may be accepted in the international market, but "I do believe that back home, some levels of what is acceptable should be the norm, not the exception," the minister said.

He expressed concerns over India's share (less than 1%) in the global market of media and entertainment.

He said that the industry and the government would have to work together to push the growth of the sector.

The government, he said, would work in simplifying processes to ease shooting at different locations such as monuments and beaches in India.

He also asked the industry to provide minimum wages, healthcare protection and some kind of social security cover to support staff for a better quality of life.

Further, on the online gaming industry, Goyal said there are certain issues of concern there as in "to what level and extent, we would like to have the gaming" in this country.

"Are we willing and happy to have the next generation completely taken in by betting, or by engaging with money on the various gaming platforms? That is another question that requires deep thought," he said.

The minister suggested that industry experts should suggest ways to ensure that this does not lead to addiction or spoils the society.