Is it too soon for brands to put their ‘spooky’ hats on and celebrate Halloween culture in India?

With brands rolling out Halloween-specific campaigns, posting spooky social media topicals and conducting Halloween-themed parties in the Metaverse, BestMediaInfo reached out to industry players to determine whether it actually works for brands or is it just another fad, as of now 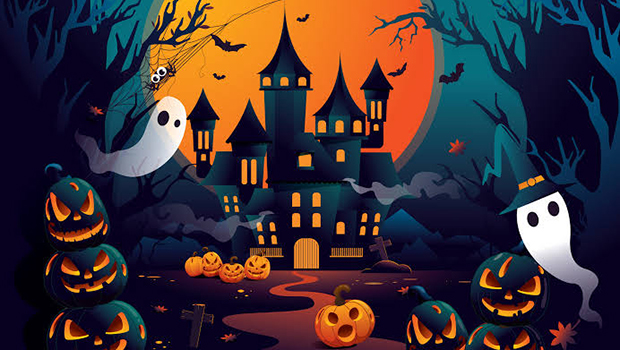 With Halloween coming in, multiple brands in India too put on their ‘spooky hats’ to ride on the bandwagon of the festival from the western culture in an attempt to connect with the urban-youngsters and children, especially GenZs and Millennials.

BestMediaInfo.com reached out to experts to find out if the American festival has become a hit with the Indian audience and do the campaigns made specifically for it give any tangible benefits to companies and brands or if is it just a case of following the fad, as of now.

Nisha Sampath, Brand Consultant and Managing Partner at Bright Angles Consulting, said, “More and more Indians are moving up the ladder of affluence, at a younger age, and they are exposed to Western culture through social media, influencers and international travel. They aspire to see themselves as global citizens, living an international lifestyle.”

“This reflects in consumption choices across the board, especially in luxury products, fashion and food. The international lifestyle has even penetrated our core traditional rituals – which is why a designed theme cake is a staple part of Indian weddings now,” she added.

Lloyd Mathias, Business Strategist and former marketing head of HP Asia, PepsiCo India and Motorola, said, “Brands seek opportunities to connect with consumers and festivals are a great moment to connect. Moment marketing during festivals like Halloween is a great way for brands to leverage and connect with consumers as we don’t have festivals all year round, thereby brands build on the momentum of Mother's Day, Valentine's Day, etc.”

Mathias also pointed out that when it comes to foreign-origin brands, they have a lot of global creatives, therefore, for them, it is like an extension of moment marketing during festivals and Halloween is a great way to leverage and connect with their consumers. 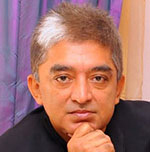 According to Harish Bijoor, Brand Guru and Founder, Harish Bijoor Consults Inc, “We live in a plural world. People travel. Physically and virtually. More of the virtual travel due to the fact that digital is big and intrusive today.” 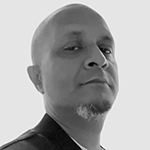 Rahul Jauhari, Managing Partner, Flibbr Consulting, also stated, “There is definitely a rise in people taking part in events like Halloween, though the percentage of such people will be a drop in the ocean. This is more of an urban phenomenon thanks to increased exposure to global content and news.”

With such moment-specific campaigns, he went on to state that brands are aiming to target Gen Alpha and those living in very urban areas.

“Brands in India have been famously spending time and energy celebrating events and days that have little or no connection to what they stand for or offer to consumers. Frankly, this is an outcome of the absence of or limited thought being given to how to use the various digital channels available today. It’s more about making some noise and ticking the weekly post box and serves no purpose except to populate the brand's own social media pages,” ascertained Jauhari.

According to Sahil Chopra, Founder and CEO, iCubesWire, “It is not the brands that bring western trends and celebrations to India, but it is their audience that has been celebrating these trends. Brands follow them in order to keep up with the preferences of their audience because the Indian market, especially GenZ, is receptive to new cultures and festivals.”

“The digital industry boom has brought a shift in how people communicate, work, play and celebrate and in the era of Instagram, Facebook and YouTube, people have easy access to information and have thus become familiar with new trends from across the world,” he added. 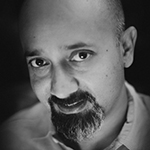 As per Kalyan Kumar, Co-Founder and CEO Social Catalyzers and Klug Tech, “India is getting more and more ready and the onset of the internet has been paving the way for brands to pick up on western-trends in the country.”

“Today most urban parents and kids are engaging with content that is invariably related to Halloween and the increasing adoption of the consequent pop culture which is gaining momentum in India. Several decades back Valentine’s Day, Christmas and New Year were really a western thing, but in terms of brands, it has today become an opportunity of leveraging a trend where the context is fun, entertaining and cool,” he added. 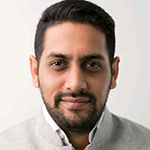 As per Mitesh Kothari, Co-founder and CCO, White Rivers Media, “India is the land of celebrations. Be it local festivals or western occasions; we love to come together and celebrate with equal enthusiasm. Days like Halloween and Christmas are gaining popularity among the youth due to social media globalisation and their occurrence during Diwali and New Year. Brands like to ride the bandwagon with creative posts containing compelling vocabulary that creates anticipation and culturally relevant campaigns that revolve around the FOMO appeal of advertising.”

“While some brands do such marketing to reach out to a more significant segment of audiences and create better long-term connections, others do this to maintain a positive brand identity that reflects a purpose. The response to these campaigns is usually good enough to ascertain that riding the wave of consumer attention is the best way to stay in the market,” he added.

Speaking on the impact of such moment-centric campaigns on Indian consumers, Mathias stated, “In certain urban centres like cities and slightly upmarket areas, there is a bit of penetration as well as awareness since kids do dress up and go trick-or-treating on Halloween and the festival is gaining relative popularity there.

Additionally, Bright Angles’ Sampath also highlighted that when it comes to mass consumers, festivals like Halloween may have low relevance. But in the case of Christmas, which is already celebrated by a sizable section of the population in the country, a wider base of people get a chance to celebrate the Christmas spirit through products, special menus in restaurants and more, she stated.

iCubeWire’s Chopra also stated that festivals like Halloween and Christmas might not be native and have much cultural significance in India, but that’s no reason to miss out on celebrations of any kind. In fact, these festivals have successfully gained popularity among people in metropolitan cities, he said.

Similarly, Flibbr’s Jauhari also emphasised that it is not about western or Indian culture but solely about relevant and meaningful conversations. “If the conversation matters to consumers and is relevant to the brand, it’s fair game. Else it's a waste of time, money and energy,” he said.

Social Catalyzers’ Kumar also went on to point out that the internet has opened doors to music, culture and entertainment to start seeping into the sub-culture, not just in India but also in the global scenario. “It’s the people's adoption to celebratory events like Halloween that have pushed brands to leverage it as they see signs in their dataset of people who would be celebrating these festivals.”

When asked whether it is only Halloween that is being leveraged for ads, Sampath stated that brands are now responding to this need of consumers and the cultural shift by creating fresh consumption occasions around Western-themed events- not only festivals but even shopping events like Black Friday, Cyber Monday etc.

Commenting on who forms the target audience for such campaigns, Lloyd said, “It consists of people who are influenced by the western culture in the slightly up-market areas of the country. Thus, such ads appear to be decently appealing to the people who are aware of Halloween.”

“Today globalisation is real and thanks to the internet many Indian consumers are aware of Halloween, which was not the case a few decades back. Also, because a lot of Indians travel and work with clients overseas, people are familiar with and therefore for a brand cashing in on a trending topic by curating creatives is a good way to capture their attention,” added Mathias.

Striking a similar tone, Social Catalyzers’ Kumar also emphasised that it does make sense for the brands to pick up on moment-marketing trends like Halloween as it has relevance owing to the urban youngsters who in order to remain ‘cool’ are adopting such cultures because kids are impressionable and follow trends in TikTok, Reels, etc. which have been driving a massive uptick in adapting to global trends.

As per iCubeWire’s Chopra, “Since India is the land of festivals, and people celebrate every festival with the same zeal, the festive period calls for aggressive marketing efforts with a surge in deals. As a result, several brands aim at driving sales through thought-provoking campaigns encased with the festive period.”

Furthermore, he also went on to point out that moment marketing campaigns during festivals are highly effective as brands can quickly create an emotional connection with the audience, especially the brands which target consumers living in metropolitan cities.

In the views of Sampath, “It should be noted that over time, we do integrate newer celebrations from the West into our culture more widely. For example, Mother’s Day and Valentine’s Day are now widespread and accepted in our culture.”

When asked about the reason behind brands picking up on such moment-specific trends, she also pointed out that brands are definitely targeting a younger, more urban demographic- from school-going kids to millennials in such campaigns.

“This audience, thanks to Netflix and YouTube, is well exposed to Western Culture. Also, peer pressure works strongly with younger audiences- if they celebrate, they pull in their friends as well. Ultimately, the purpose of all such campaigns is to create newer consumption occasions that drive purchase through the year,” stated Sampath.

As per Kumar, moment-marketing accounts for a short duration and thus brands often take the topical route to stay relevant. “It’s the internet-first population of GenZs and millennials who in order to be a part of the ‘culture of cool’ and the older audiences who are looking for more-western conversations have opened gates for brands to speak to consumers and connect with them through ‘Page Threes’ of any city as the ‘cool-er’ people will all be attending Halloween parties.”

While commenting on the cons of picking such trends, she also emphasised that brands need to be wary of a backlash from segments of consumers who deplore excessive Westernisation and seek to go back to the roots.

“These voices had become subdued in the first wave of heady consumption, post liberalisation, but are gaining prominence again today as we are more proud of our culture and more determined to protect it from dilution,” Sampath concluded.