Speaking to BestMediaInfo.com, industry players highlighted that be it globally or in India, the market for digital platforms has not entered stagnation as the room for an untapped market still prevails and they hope that digital medium will grow further in terms of ads 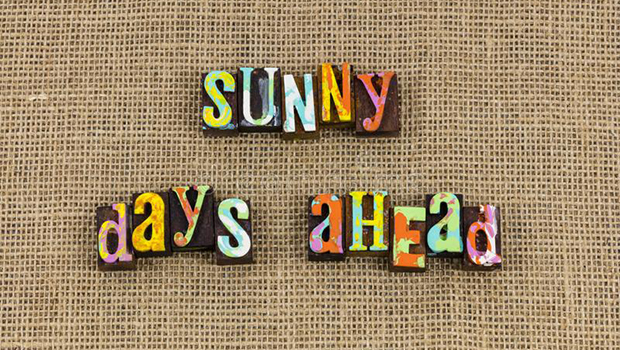 Major players in the digital field, including Meta, Google and Twitter, amongst others, have registered a decline in their net revenue and posted a muted ad-revenue growth in the last quarter ending September 2022.

Though there is a decline in ad revenues, it is not more than 2-4% at the global level which leaves it open to many interpretations.

In February this year, multiple agencies had forecasted a double-digit growth in digital ad-ex and had emphasised that the digital medium will surpass television in terms of ad spends in 2022.

In the Indian market, Meta, Twitter, HT Media, etc. have registered a shortfall of approximately 2-4% in the revenue earned from digital ad spends, along with a decline in their net revenue.

Google is the only player that saw a whopping 80% increase in its ad-revenues YoY, but on the global front, its ad revenue grew by merely 6%. 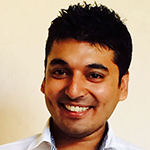 In the views of Gautam Mehra, Co-Founder, ProfitWheel, India is not reflective of global ad revenue and at best the country may only contribute to over 6% of the pie and thus doesn’t have a major impact on the global trend.

“Globally, 50% of the pie contribution comes from the US alone, so whatever happens in the US has the most impact on the ad revenues of Google, Meta and Twitter, amongst others,” he said.

Furthermore, Mehra also went on to add that on the global front, Amazon and TikTok have been growing massively when it comes to advertising on these platforms.

According to Sidharth Rao, Co-Founder, Punt Partners, the declining adex spends are not a function of inaccurate projections and rather a representation of the evolving focus of brands.

Rao said, “Since the customer acquisition costs have been increasing by 40%-50% for brands, why would brands want to continue acquiring new customers when it is becoming increasingly expensive for them to do so?”

Furthermore, in simple words, Rao stated that if the ROI on new customer acquisition doesn’t make sense for brands, adex spends will continue to decline. 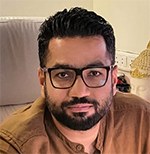 On the contrary, Sahil Chopra, Founder and CEO, iCubesWire, emphasised that the adex projections for the current fiscal year didn’t miss the mark. “The digital ad revenue has witnessed exponential growth as compared to the previous year and 2022 has been the year of recovery for the digital advertising industry,” he stated.

“Marketers might have shrunk their advertising budget to cope with the economic uncertainty in the market and thus players like Meta, Google, Twitter etc. saw a decline in their ad revenues,” added Chopra.

While sharing his opinion on whether the adex projections for digital ads were on-point for the current fiscal year, Shivang Shah, Co-founder, Django Digital, stated that the forecasts may or might not be true, but he is certain that at some point in the near future, the digital medium will surpass television in terms of ad-spends.

Furthermore, he also went on to highlight that when measuring digital ad spends, one thing that is often missed out is the booming influencer marketing industry and the spends on it.

“It is one of the core services of Django and thus the money spent here is on the influencer or creator and not on the platform. Yet, this is also one of the many digital costs incurred by the agencies or brands in building brand awareness and advocacy,” he added.

As per Mohit Ahuja, President, Gozoop Group, the adex for digital spends is projected to be at its peak for the current fiscal year and is predicted to surpass the spending on traditional adex.

“The platform-specific ad revenue decline is leaning towards brands and businesses normalising or uniforming their digital ad spends with respect to revenge spending witnessed in 2021,” he added.

Emphasising that while 2021 had the highest adex growth of 37% in the past two decades nearly, Ahuja stated that out of this, 34% was attributed to digital ad spends. “The current fiscal year might witness a percentage decline in comparison to the ad spends during last year but will mark a YoY growth in absolute terms,” he added.

Commenting on some of the reasons that have led to the decline in ad revenues of the global players, Chopra said that the worries around the recession, rising capital costs and inflation are some of the prime factors that are at play.

“In addition, some of the industries, for instance, banks and insurance companies are grappling with a slowdown, thus ad spending across insurance, loans and crypto has also been slashed,” he added.

Upon being asked as to whether the digital ad spectrum reached a stagnation point for ad spends being allocated to the likes of Meta and Google, Django Digital’s Shah replied that even though it may seem like it right now but it hasn’t.

“We’ve seen brands placing their trust and faith in these digital platforms, be it Indian or even brands that we work with overseas,” he said.

But in his view, these platforms need to take a moment and figure out ways to add additional value to a large number of businesses, big and small, who’re trusting the platforms with their money. “Brands also need to understand the platform inside-out to optimise their spends,” added Shah.

Similarly, Punt Partners’ Rao also emphasised that ‘stagnation’ may be too strong a term, given that India still hasn’t hit 100% penetration, but yes, there will definitely be a shift in focus.

“Brands will gradually move towards spending more money on retaining their existing customers, increasing their lifetime value and converting them into loyalists, rather than just focusing on acquiring new ones as it simply makes more business sense,” he stated.

Rao also went on to highlight that there is a lot of monetary wastage, estimated at $200 billion in acquiring new customers. “Coupled with the rising acquisition costs, leading marketers will be compelled to solve their profit problems by reducing investments with Big AdTech,” he added.

Gozoop’s Ahuja also stated that while external factors like unrest between nations, evolving platform-centric approach and growth rate decline may influence global digital ad spends, but with the evolving nature of business, brands have also adapted to new patterns and trends which is why they are increasing their ad-spends from the pre-pandemic times and it has continued.

“The rate is lower as other mediums are back in action and thus the spends are more uniform. But Digital is still higher than it was before the pandemic. Also, many brands are streamlining online spends basis on platform traction of the audience,” he said.

Moreover, iCubesWire’s Chopra emphasised that the current stagnation is a result of the market downturn. “While there are brands that are increasing their digital ad spends two years after the pandemic, several huge players are taking it easy,” he said.

While commenting as to how the future of video-ad platforms looks like in the times of declining ad revenue of the likes of Meta and Google, ProfitWheel’s Mehra stated that video is not going out of the picture anytime soon and neither has the ad spends on it declined nor will they go down in future.

“Brands have been spending more on digital but what comes under the purview of digital, be it advertising on the DTH and Smart TVs or CTVs is a complex determinant owing to its vague categorisation,” he added.

Similarly, Punt Partners’ Rao also asserted that any technology that leverages first-party data to retain existing customers will benefit from this trend. “Brands will realise that this shift in focus is inevitable and technologies that support retention will thrive in this market,” he stated.

Django’s Shah also ascertained that the industry is observing a massive rise in usage of platforms that offer video ad formats such as Instagram and Facebook Reels, MX Takatak, YouTube Shorts, among others.

“Meta and other platforms haven’t fully exhausted the monetising capacity of the vertical video format of content creation that they allow. For instance, you can’t boost Reels on Instagram for sales,” he stated.

In the views of iCubesWire’s Chopra, video is here to stay and keeps growing. “The digital landscape has witnessed a sea of changes in the way the audience consumes content. But short-form video content is on the rise and brands are not showing any hesitation to give videos a boost by increasing ad budgets for enhanced reach,” he said.

“Given the high engagement and better conversions, video ads on platforms have performed at par with expectations. Backed with programmatic advertising, marketers will be keen on expanding their spends through video ads,” he concluded.