The show will have film writer and director Anil Ravipudi, known for movies like ‘Sarileru Neekevvaru’ and ‘F2: Fun and Frustration’, making his debut on OTT and take up the role of Chairman in the show 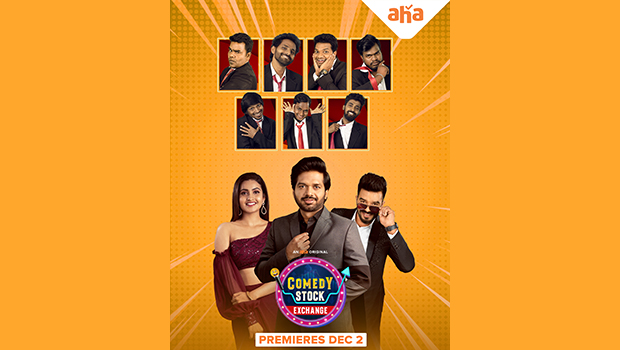 The show will premiere on December 2, 2022. With the popular comedians bringing out the show’s flavor, it will have film writer and director Anil Ravipudi, known for movies like ‘Sarileru Neekevvaru’ and ‘F2: Fun and Frustration’, making his debut on OTT and take up the role of Chairman of the show.

Ravipudi will be seen as the Chairman, while Sudigali Sudheer and Deepika Pillai will host the show. The show brings celebrated comedians such as Venu, Mukku Avinash, Saddam, Express Hari, Bhaskar and Gynaneshwar as stocks where they figure their way to the stage, light up the crowd and serve laughs to the audience.

The show consists of three rounds where the live audience would vote for their favorite stock (comedian). The one who wins more votes and wins the heart of the Chairman stands as Top Stock. The 10-episode show promises candid banter and unlimited entertainment every weekend.

Ravipudi said, “I am very excited to have an official platform to exhibit different facets of comedy. I am thankful to aha for giving me such a platform and a brand-new show ‘Comedy Stock Exchange.’ This show is my first in OTT and is very close to my heart. My excitement levels are at the peak as this is something I do off the camera, but now my fans will see me in a different avatar.”

Sudheer, host of the show, said, "I am deeply touched by the warmth and love the audience has shown me over the years. Their belief and undying devotion encourage me to reinvent myself and bring smiles to every household. I am excited about my debut in OTT and my first-ever association with aha. It's a project close to my heart, and I eagerly await everyone to sample it."