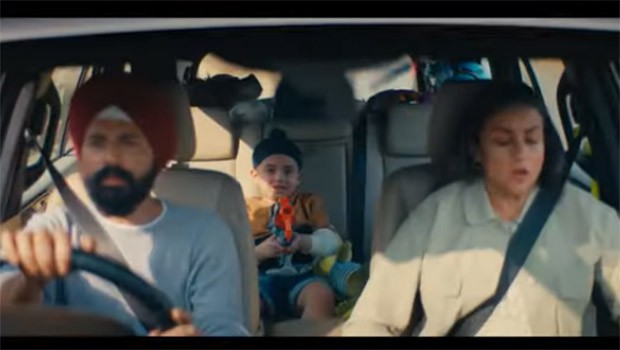 Oyo has launched a multi-film brand campaign, featuring several actors, with the aim to spread awareness about the key features on its app. The campaign will be visible across television, social media, OTT platforms etc through January and February.

Over the pandemic years, travellers not just in India but across the world have adapted and evolved their travel habits and preferences. Travellers now place higher trust and confidence in brands that provide flexibility and personalization.

The first film highlights the benefits of the ‘Nearby’ feature. Oyo’s deep presence across India, and in 35 countries around the world, allows users to book accommodation on-the-go with an easy tap on the “Nearby” icon.

The second film is based on the ever-increasing need for flexibility when one travels. The film, therefore, highlights its easy cancellation and refund feature, allowing users to modify bookings before their stay.

The third film promotes the ‘Search the view’ feature, which lets users discover stays according to any search keywords including the view, be it by the beach, the hills, near the market, close to the airport, or even a golf course view.

Throughout the campaign, the company tries to showcase a diverse customer base, catering to families, discerning travellers, and groups of friends.

The first film, “Assi reach gaye?” features Gul Panag. The film features a family’s roadtrip. Keeping with her real-life personality, Gul portrays the role of a confident and adventure seeking mom, taking the lead at the driver’s seat. The film showcases the many stages of the journey, starting with the child enjoying the views of the scenic hills, turning to boredom and finally to restlessness after spending hours in the car. Hereon, the film captures the many quirks of a now impatient three-four-year-old child, who incessantly nudges his mom from the backseat with the ‘engjabi’ (English + Punjabi) words “Assi reach gaye?” (Have we reached?)

At this point, the now anxious couple realise that they have a long journey ahead of them, with over eight more hours to go. Everyone has had enough of the journey. While on the road, Gul turns to the Oyo App, taps on the “Nearby” feature and hits the book button. The film highlights the tag line, ‘Need a time out? Find a stay nearby.’

Oyo’s brand campaign continues with two more films. The second film features Kalki Koechlin and a group of friends chilling by a lake. And the third with Chitrangada Singh and Kunal Kapoor in the lead at a golf course.

Mayur Hola, Head of Global Brand – Oyo, said, “Oyo truly believes that progress is for everyone. No matter who you are, where you’re from or where you’re headed, we’re all looking to evolve in our lives. That’s the spirit Oyo embodies and supports. You could be experiencing a hotel for the first time. You could be relying on a safe and sanitised stay as you go about your 50th sales trip to a faraway place. You could be looking for a beautiful home in Europe, a nice hotel in Bali or a premium stay at Jaipur. There’s an Oyo for that. At the core of it all is a simple to use app that is backed by some serious tech. An app that enables you to find an Oyo right next door, wherever you may be. That helps you keep your plans and life flexible, as we all must today. An app that enables you to step out and reach your next stage of progress. And that’s exactly what this campaign is about. It is about the evolution of Oyo’s customers, our patrons (our hotel-owner partners) and indeed the evolution of Oyo into the global tech-hospitality brand that it is today.”

Actor Gul Panag said, “Let’s face it - Travelling with kids can be super challenging, especially if you’re at the wheel all day long, manoeuvring across ghats, hills and treacherous roads. And this is just one situation. What if your car breaks down? Or if suddenly travel sickness kicks in? Or if you just love a particular spot along the way? Why wouldn’t you want to pull the brakes and enjoy the sunset? And the list could go on and on. I love traveling and the spontaneity that comes along with it. I was super stoked to learn that travellers have an option to discover stays wherever and whenever they wanted to, on their terms. When Oyo came to me with the concept of the ‘Nearby’ feature and the script, it was an easy Yes. Because it’s so relatable. Needless to say, Vishvesh and the entire Oyo team were a super fun bunch to work with.”

The concept of the brand campaign and script of the films have been developed and written by Oyo’s global in-house brand team. The film is directed by Vishvesh Krishnamoorthy from Corcoise Films, the production house founded by Prasoon Pandey.

Vishwesh Krishnamoorthy has been a Director at MTV and VH1 with over a dozen PromaxBDA awards to his credit. He's also won a Cannes Lion for directing the documentary series "The Dewarists".

Oyo launched the brand campaign during the India versus South Africa ODI matches on TV. The campaign will be seen in multiple channels across GEC, News, infotainment and the Kids genre.

Oyo will also release the first film across its owned digital and social media channels including Facebook, Instagram, YouTube, LinkedIn. It will also feature the campaign on its app, Co-Oyo App (for patrons) and across all it’s in house digital communication mediums with customers, patrons and Oyopreneurs.

Oyo’s journey with the portrayal of strong women began last year with its ‘In a Long-Term Relationship with Oyo’ brand campaign starring Neena Gupta.

Oyo’s 2021 campaign was born out of a simple yet solid insight - women were the key decision-makers when it came to booking a getaway, holiday, or vacation.

As per its study, in eight out of ten cases, women drove the conversation and made the final decision around travel. Keeping these findings at the core of the brand campaign, Oyo decided to talk to their core customer cohort and decision-maker - women.