The elections will now be fought through media platforms and experts suggest that TV, digital and print are likely to gain massively - even surpassing their earlier growth projections. BestMediaInfo.com dives deep to find out the revenue impact, will media provide a level playing field to all political parties and if too much reliance on media for electioneering going to cause further polarisation 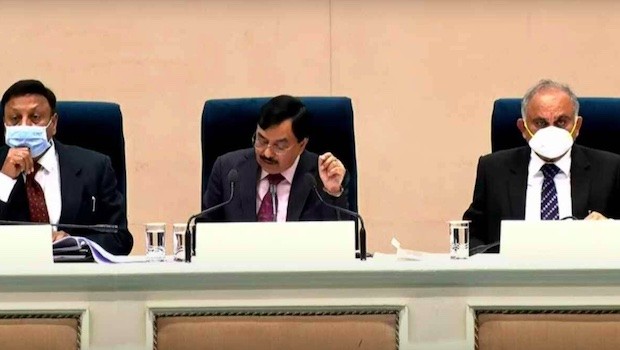 “Media plays an important role in a democracy as its fourth pillar.” But who would have thought that the media could be entrusted with a mandate to single-handedly carry the entire election campaign?

For now, the physical rallies and roadshows are banned till January 15 and periodic reviews of Covid situation by the Election Commission of India would decide the fate of physical rallies after it. But, the fine print of the restrictions lies in the ban on victory processions after the counting, wherein only two persons would be allowed to accompany the winning candidate to receive the certificate from the returning officers.

This indicates that the ECI has full-fledged planning to conduct the elections without physical rallies and roadshows. In order to avoid major backlash from political parties relying heavily on physical rallies, the self-governing constitutional body is likely to extend the moratorium in instalments.

Let us be clear that the ECI knows the patterns of the spread of Covid from the last two waves and it is safe to say that the poll body is just avoiding any adverse reaction in the name of “dynamic” situation arising from the Covid.

The way the Omicron variant is spreading across the globe, with experts predicting peak in mid-February in India, physical campaigning is likely to be suspended putting media - both traditional and digital - at the centre stage.

We have been hearing that media influences the electors, at least those sitting at the fence. But this will be the first time that role of media will be paramount as it becomes the sole medium of election campaigning.

When BestMediaInfo.com wrote “How much impetus the political ads will add to the growth of the news channels”, there were no signs of the third wave and all the projections in the story were on the basis of previous trends.

In the new scenario, the projections are likely to be far more rewarding for the news and social media platforms. While the political parties will compete for more space on media with their ads and rallies, the general advertisers will double down their spends on news anticipating never-seen-before eyeballs in the wake of the developing situation.

Experts had earlier told BestMediaInfo.com that political advertising, despite being sold at 3X of regular ad rates, does not hold much importance because it ideally comes just two to three days before the polling day. In the new scenario, the news channels are going to be the battleground for political parties for two months, resulting in a multi-fold increase in their revenues.

In the absence of original programming on general entertainment channels as the shoots are paused, news channels are slated to corner most of the TV ad spends.

A senior executive from a leading news network told BestMediaInfo.com that their inventories are completely full and the rise on the demand side is only going to increase the premium manifolds.

“Even though this is not a happy situation to be in for any sector, the news genre is placed in such a way that it is tipped to be the biggest gainer arising from the current situation. From Advertiser’s Funded Programme (AFPs) to ad commercials for political parties at the highest-ever rates to brands seeking more visibility to the largest-ever audience base, news channels will be in high demand for the next two months,” said the executive.

Will the media provide a level-playing field to all political parties?

Samajwadi Party chief Akhilesh Yadav had raised his doubts about a level-playing field or equal space on national media immediately after the curbs on physical campaigning were announced. He had alleged that money power will dominate the space on national television and he also sought help from the ECI.

When asked, a media veteran said that government advertising stops after the Model Code of Conduct comes in place and there is no question of being influenced by the government’s money power. “All the channels have specific rate cards for their advertising and AFP slots which are available to all political parties without any prejudice. If a channel is allocating space to a party on the basis of its leaning, this is completely different and ECI is not likely to do anything in this regard,” he said.

A senior executive from a popular Hindi news channel said, “Besides being a news channel, we will also play a role as a platform for campaigning like any other media including social media. Other than posting, any sort of amplification on social media costs a huge sum of money with no guaranteed last-mile connectivity and huge spillover. Additionally, social media is attached to menaces like fake news and news channels are far more trusted by their cult viewers. I can surely see news channels beating social media hands down when it comes to reliability and being the preferred choice of mediums.”

Will polarisation in media reach its peak this election season?

No one can shy away from the harsh reality of prevailing polarisation in media in the country where the news channels and their anchors are seen taking sides blatantly. In many cases, they are even seen as the spokesperson or opposition members of certain parties based on the ideologies they are attached to.

On the other hand, fake news and propaganda have been attached to the social media platforms where we see polarisation in the masses.

With so much reliance on media for campaigning, the polarisation is set to peak this season. Earlier, the media was reporting on the polarising statements in rallies. Now the same media is likely to be used for such statements. Will media platforms exercise any kind of restraint and not allow political parties to use their platform for polarising the elections? “Highly unlikely,” a senior media observer said.