While the number of pitches for project-based work has risen, the industry stands divided on the consequences of project-based pitches

Ad agencies spend 30-40% of the cost of running an agency on pitches. On average, an agency spends a minimum of 7-8 days on a single pitch. Non-billed amount spent on the pitching process is close to 17% of the agency’s won revenue from pitching in a given year. Normally, a full-service agency has a win rate of 56% by participating in the pitches. These are some of the statistics from research reports done on AOR pitches globally in the last few years.

Now, the number of project-based pitches increased considerably in recent times. Brands calling for pitches to onboard Agency of Record has been a norm, but them calling pitches for project-based campaigns has become the latest fashion.

While the number of pitches for project-based work has risen, the industry stands divided on the consequences of project-based pitches. 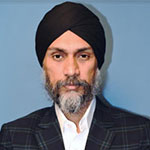 Satbir Singh, Founder, Thinkstr, said, “The number of pitches certainly has gone up as well as the number of pitch organisers ghosting once presentations are done. In some cases, it’s some sort of a trend to invite agencies every quarter.”

Although, according to Emmanuel Upputuru, Founder of Efgh Brand Innovations and former CCO at Cheil India, ghosting can even happen in AoR pitches.

Sharing the positive side of project-based work, Singh said, “On the plus side, they help independent agencies like ours to break through the stranglehold of network agencies who often have a client for the sole reason that they have it in New York or London as well.”

Many, for years, have been calling out pitches as ill-industry practice. Some say that pitches aren’t bad, but brands must pay agencies certain pitch fees. Many years ago, AAAI (Advertising Agencies Association of India) passed a resolution to charge brands with pitch fees, which was then not followed at all by agencies.

Singh said, “If agencies can come together and decide on a standard pitch fee, the unserious pitches will disappear.”

Reasons for the rise in project-based campaign pitches

According to Vivek Srivastava, Joint MD at Innocean Worldwide, clients call for project-based pitches for two reasons. Firstly, tactical interventions where need a specific specialist or lateral input. Secondly, by clients who do not see a role for a medium to long-term brand-building partner. Rather, they are the ones looking for quick fixes via short-term solutions wrapped as project assignments. 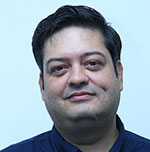 Stating other reasons for brands increasingly calling pitches, Sanjeev Jasani, COO, Cheil India, said that brands who have small budgets to work with tend to gravitate to projects.

“A simple understanding is that in a year, you will do a maximum of 1 or 2 large campaigns, which work towards building your brand image and for the rest of the time, you have sustenance work on social media and email marketing. So, those clients tend to do projects with reputed agencies for their key activities and then get the regular work done through smaller boutique outfits which are much cheaper for them,” Jasani said.

Jasani further said that brands also give out projects to specialised agencies for work where their existing agency doesn’t have capabilities. “This gives an entry point for the agency into the brand and an opportunity for both the brand as well as agency to get to know each other. An opportunity for future work,” he added.

Singh of Thinkstr added that in some cases, projects happen because a client genuinely needs to see an alternative view. Or, because, they feel there’s not enough work to keep an agency engaged through the year. 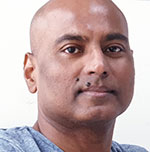 Sharing the agency's point of view on the rise in project-based pitches, Jasani, COO, Cheil India, said, “For starters, a project doesn’t require you to allocate dedicated resources because you obviously won’t hire for a 3 to 4-month project. So as an agency you optimise the existing resources you have and increase their productivity.”

The pros and cons of pitching for project-based campaigns

Rohit Ohri, Chairman and CEO, FCB Group India, believes that project-based work gives an entry point to the agency to aim at forging long-term relationships. He commented, “When you are doing a strategic entry for a client there is a huge pro because, with the project, the client gets some degree of confidence in the agency. Globally, I have seen that there are no big pitches taking place. A lot of global agencies are also doing project-based work. I have seen that after the project is done, the client hands some business to those agencies.”

According to Nikhil Kumar, EVP and Business Head, L&K Saatchi and Saatchi, project-based work should be a lot more. “Project-based work helps make agencies make money a lot quicker, leading to the agency people moving on to something better pretty quickly. He said, “In a retainer relationship, the expectations become really high as well. However, when it comes to project work, you're very clear in terms of the specifics of your deliverables. You deliver that and you move out right very quickly.”

Srivastava of Innocean added, “It may save you as a marketer the burden of the recurring retainer fee and also open up a larger talent pool to work with.”

Upputuru pointed out that many times, chances are that the client sometimes can get swayed by just one campaign idea that the agency shared in the AOR pitch.

He thinks that project-based pitches are better than AOR (Agency of record) pitches. “In a project-based pitch, the clients don’t care about whether you have an office or people. These pitches sell just on the basis of the work presented.”

According to Ohri, brands opting for project-based work with different agencies create an issue in terms of the brand tone, manner and consistency. “In such a scenario, the look and feel of a brand gets completely destroyed because each agency comes to do one project, focuses on finishing that, takes the money and leaves. There is no ownership or partnership for a long-term relationship to be built.”

Srivastava seconded, “It’s more like going with a flavour of the day/month approach to marketing which leads to a diffused branding. Moreover, it tends to lead to short-term advertising sensationalism without any tangible gain. There is no proprietary element in this system either as there is no long-term commitment on either side.”

Not just such short-lived partnerships hamper the brand, but also agencies. Ohri said, “This wears down the talent because they are working from pillar to post. It becomes very task-oriented. They are forced to look at short-term versus long-term.”

“When it's a long-term relationship, the client and the agency grow together. At FCB, we believe in partnerships and growing with our clients. That is an important piece of our philosophy,” he added.

Nisha Singhania, Director and Co-founder of Infectious Advertising, commented that a lot of times when clients call for pitches they have not thought it through or run it by their seniors. “They call multiple agencies for pitches and then they don’t have any answer for months.”

What’s the right strategy to pitch for project-based campaigns?

According to Ohri, there’s no harm in pitching for campaigns which show some future prospects for building long-term strategic alliances.

He said, “We do project-based work for a strategically important client. For example, if the client is someone with whom we are interested in building a relationship and if they are very large spenders in India and they want to start with us.”

Although he added, “I don’t encourage the agency to pitch for anything for non-strategic clients just for revenue. Unless there is a project where there is a huge potential to do something really creative.”

Singhania doesn’t remember pitching for project-based work in the last 2-3 years. But even if she has to go ahead with it, her agency prefers knowing the seriousness of the client for the work and doing the initial conversations around the commercials.

She said, “Nowadays, we first try to understand what the clients are looking for. We then have the commercial discussion and we take the conversation forward only if it is suitable.”

She also that there needs to be a substantial amount of volume of work and revenue for one to pitch for a business. “I don’t think even for marketers it makes sense to call for pitches unless it is a substantial campaign for them that will take a lot of time. They can always look at the past works and know if the agency can deliver what they want.”

Kumar of L&K Saatchi and Saatchi believes that while pitching for projects, one has to look at it from an efficiency-of-time perspective as well as what you bring to the table. He explained that when one pitches for project-based work, she doesn’t necessarily have to bring the entire nine yards into the conversation. A person needs to be smarter about the choices, in terms of what to showcase, because the project itself will only have a certain level of deliverables.

He said, “You don't necessarily need to actually bring the whole band with you, which you typically do for a larger pitch proceeding. Be a little more calculative and you will probably win a lot more by doing a lot less also. I have been part of projects where I have not even shown creative work but won on the basis of the strategy itself.”

Although, he said there’s no size fits all. Stating an example, he said, if a client wants a content piece that defines the positioning of the brand, then the synergies and efficiency in terms of what one showcases in the pitch will have to give grandiosity to that alone versus going behind the long-tail.”