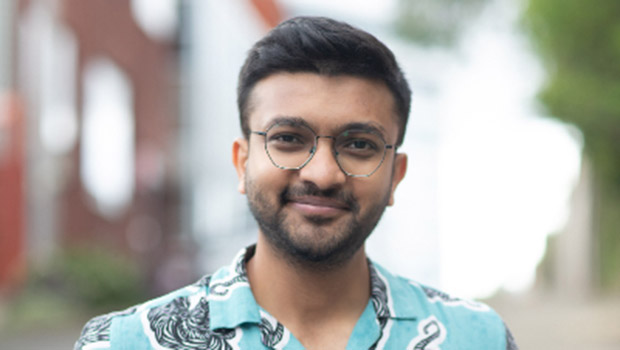 Kalp Sanghvi, an independent animation film designer and illustrator from Kolkata, is the only one selected from India among the 84 finalists for the One Club’s Young Guns 20 competition.

The finalist for the competition has been selected from 23 countries. The Young Guns 20 competition celebrates international creative professionals aged 30 or younger.

The complete list of Young Guns 20 finalists can be viewed here.

This year’s winners will be announced online on November 2, 2022, and celebrated at an in-person event on November 16, 2022, at Sony Hall in New York.

Sanghvi graduated from the National Institute of Design, India in 2016. He co-directed and wrote the animated short film ‘Wade’. His aim is to work towards indigenous storytelling with local flavours to connect with the audience.

Co-founder at Ghost Animation Collective, Kolkata, an animation collective which came together in 2015. His clients include Amazon Prime, Nickelodeon, Penguin Books, Wildlife Trust of India, Doctors without borders (MSF), Sony Entertainment, Animal Planet, DLF, AR Rahman and The Los Angeles Philharmonic among others.

Young Guns is the industry’s only global, cross-disciplinary, portfolio-based awards competition that identifies and celebrates today’s vanguard of young creatives.  This year’s entries were judged by a diverse jury of 96 top creatives — many of whom are past YG winners — from 41 countries.

All Young Guns winners receive a unique version of the iconic Young Guns Cube, designed exclusively for this year’s incoming class, and have their permanent profile page added to the Young Guns website.  Winners also get a complimentary one-year One Club for Creativity membership, permanent membership in the Young Guns network, a chance to be featured in Young Guns events and an assortment of career-boosting opportunities from Young Guns sponsors.

Program branding and design of the Cube award itself is reimagined each year by a past Young Gun winner. This year’s YG20 branding and award are designed by Zipeng Zhu (YG13), founder and creative director at Dazzle Studio New York. The font for the YG20 branding is created by NaN Berlin.