Disney+ Hotstar has announced the trailer of its new family drama, an epic tale of power and revenge, Hotstar Specials’ Karm Yuddh.

Based in the city of Kolkata, the family drama revolves around the power-hungry lives of the Roys, who have dominated the economic horizon of the city for decades. It captures the quest for control over the flourishing Roy Group of Industries.

Director Ravi Adhikari while sharing about bringing a story of complex family dynamics to screen, said. "We are elated to bring a remarkable story like Karm Yuddh to Disney+ Hotstar. Karm Yuddh is a high-octane family drama with complex characters. It has everything that makes the show a binge worthy watch. I am honoured to direct some of the brilliant actors with whom I share the same energy of giving our best. I am glad we get to mark our first association with the platform of a captivating story like Karm Yuddh.”

Actor Paoli Dam who plays the youngest contender in the family feud, said, “When I came across the character of Indrani Roy, I instantly fell in love with her. She has stealth, calmness and unending ambitions in her eyes which I felt was an interesting mix. I loved exploring the different dimensions of this character. I feel fortunate to work with some of the best talent from the industry. I can’t wait for the audience to see Karm Yuddh on Disney+ Hotstar.”

Actor Ashutosh Rana said, “Initially, to the viewer, it may feel like I am back to playing a dark role, but the character of Guru Shahstri has too many grey shades. He is devious, convincing, and, most importantly, has the cover of mystery that other players in Karm Yuddh do not have. I am happy that I got an opportunity to work with some of the finest actors and Ravi Adhikari and associate with Disney+ Hotstar for Karm Yuddh.”

As a factory of the Roy Group Of Industries catches fire with 40 people losing their lives, three ambitious entities (The late Yash Roy’s elder son Bhisham Roy, younger daughter-in-law - Indrani Roy and his illegitimate son Guru Shahtri ) within the family begin their journey to grasp the dynasty’s reins. Parallelly, college-going Samar Shastri (Guru’s younger son) and Abhimanyu Roy (Indrani’s stepson) are aware of opposing connections to the Roy family but never let that come in between their friendship.

Karm Yuddh is the story of one title which has many takers. A story on power-hungry people, family feuds and revenge. In the end, who will win the throne and at what cost - only time will tell. 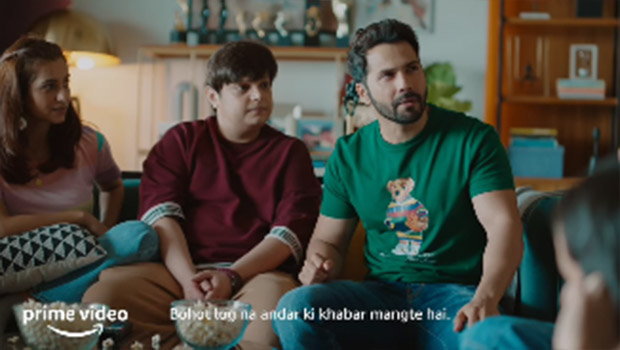