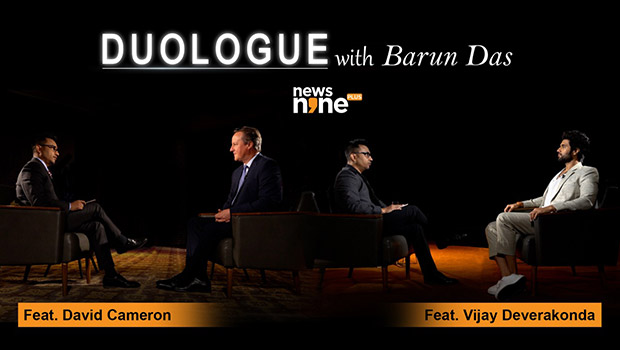 The MD and CEO of TV9 Network, Barun Das, now dons a new hat in a just-launched OTT series – Duologue with Barun Das.

The show made its debut with the actor Vijay Devrakonda, on the network’s newly launched OTT video magazine News9 Plus.

The next guest on Das’s show is UK’s former Prime Minister David Cameron.

Das said, “Duologue is a cerebral conversation with a legend or a legend in the making. That’s the profile the show will feature. As the title suggests, it is a two-way interaction where we pose questions to each other, as we exchange ideas in a free-flowing manner.”

He added, “For me to take up this role, the driving force is the need to aggregate great ideas for India’s path to development. I also believe there is room for creating long-lasting and meaningful conversations in a content environment dominated by sensationalism.”

“Barun Das is neither a conventional business leader nor a professional anchor. As a CEO, he has always outperformed the industry. Little known in the public domain is his unique and uncanny ability to slice through conflicting narratives with great ease while stitching loose threads to build meaningful conversations with intelligent minds,” said Sandeep Unnithan, Editor of News9 Plus.

The first season of four mini-episodes sees Barun Das and Vijay Devrakonda discuss not just the Telugu boom in Bollywood, but the life and times of both as they exchange hitherto unknown experiences and perspectives.

“I loved the episode. Barun is so natural. I feel this kind of content can reach new demography… not just rule India but reach the world,” said Florida, US-based Poonacha Machaiah, CEO of Chopra Foundation and Founder of Seva.Love.

TV9 said that Duologue with Barun Das is an exchange of ideas not provoked by headline management but to evolve emancipated influencer conversations.

The show is streaming now on the News9 Plus app available across iOS App Store and Google Play Store as well as on the web.