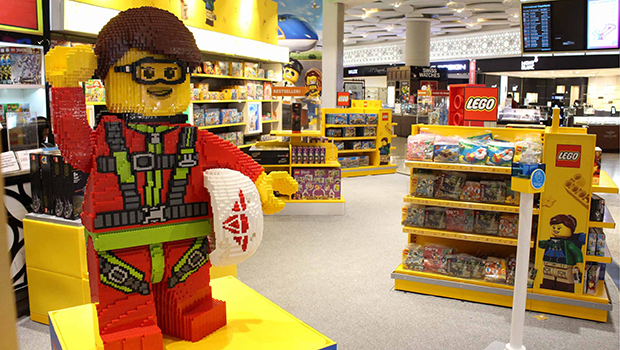 Lego is renowned for developing its branded content that takes an audience-first approach to business storytelling in the world. The ‘The Lego Movies’ series is perhaps one of the best examples of leveraging content to market the products, and now the company plans to introduce the same to Indian markets, as per Bhavana Mandon - Marketing Director LEGO Group India.

“Content is the backbone of the brand that has been built in many countries across the world but now the company plans to deliver the same kind of content over children's television and OTT platforms in India,” Mandon said.

Lego, as a brand, is all about legacy, Mandon said and added that it has built a loyal audience, mainly through multimedia storytelling. It has a great mix of IPs and franchises, which enables children to tell stories better.

Mandon said the company has a lot of content related to its popular themes like Lego City and Lego Friends, it has a huge amount of legacy content on Lego Ninjago. Moreover, they are also collaborating with children’s TV and social media channels to bring uninterrupted play sessions for children.

The brand launched its global brand campaign celebrating the power of play and the creativity of its fans in the run-up to its 90th anniversary on August 10, 2022.

Ninety years ago, a Danish carpenter crafted a line of small wooden toys in his workshop in Billund, Denmark. His first collection had just 36 items that included cars, aeroplanes, and yoyos, all crafted to help local children learn about the world. What Ole Kirk Kristiansen couldn’t have known back in 1932, was that the Group would become so big across the world and inspire millions of children to play each year.

In 2020, the Lego Group announced its foray into the Indian market with its first campaign in India, titled “The Little Red Brick”, communicating the infinite potential of creativity that its bricks offer to children.

Mandon shared that the brand is taking baby steps in India which started with the "The Little Red Brick" campaign, further the launch of Lego dots in India also worked great for them.

However, the company's biggest campaign globally is its 90 years of play, which aims to bring the brand close to children's hearts. They are reaching out to parents, children, and other adults to make this campaign a success, Mandon noted.

Mandon further said that with the festive season around the corner, the brand’s content calendar is already structured to roll out new campaigns for multiple occasions starting from Diwali to Children's Day, to Christmas and New Year.

A study shows that a 5% growth in retention can lead to a 25% growth in future profits. Not surprising that brands chase growing customer engagements. Lego’s digital platform is all about integrated customer experience and increasing brand awareness.

Highlighting the customer's experience and brand awareness Mandon said that Lego Group had conducted a study on Play in 35 countries in which over 55,000 parents and children from across the world took part. One of the major findings was that 91% of Indian kids wished they could play more with their parents. Parents too believed strongly in the crucial role of Play in child development and the study found that almost all parents think children strengthen their creativity (93%), communication (92%), problem-solving skills (92%), and confidence (91%) while they play.

Keeping this in mind, a plethora of activities are in store for Indian consumers. Mandon informed that the First Lego Playground will be set up at R City Mall in Mumbai between August 12 and 21, while September will see the Lego Playground go live in Delhi and Bengaluru. Not only that but large brick-based graffiti walls will also be featured there, including building challenges for parents and children.

Ecommerce and branded retail growth have resulted in a significant rise in the toy market in India. Lego products come with a heavy price tag, hence in a price-sensitive market like India the brand is bringing a mix of products that are affordable, Mandon informed.

Mandon said that the brand wants to ensure a seamless transition between the children’s digital lives and their physical world. She further said that coding, for example, has become a trend and we do see robotics coming up as a new trend altogether when it comes to toys.

“We have also seen a love for IPs which is new to India. We never knew that there is so much love for Harry Potter, Star Wars and Disney that existed earlier. A lot of Indian toys bring various Indian occasions, and cultural moments closer to children, which is good,” Mandon said.