Despite the resumption of ratings, news channels are struggling to get a better deal from advertisers. What are the roadblocks for the genre? BestMediaInfo.com finds out 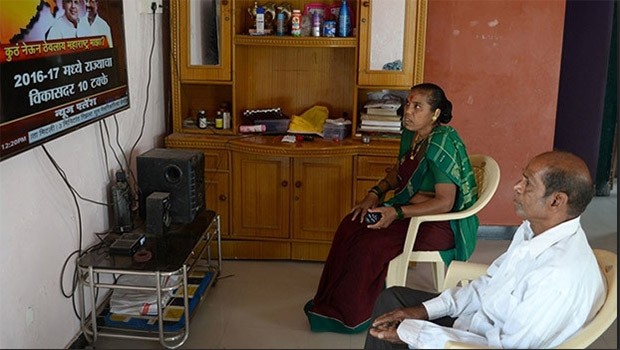 A lot has changed for news television after the ratings resumed in March of this year. There has been a change in the pecking order of both Hindi and English news genres.

The channels know that they need to perform consistently for about 13 weeks to see any positive result or impact on their ad revenues, and therefore most of them are putting all their efforts to do their best for at least that time period.

Owing to the volatility or instability in the news television viewership, the brands and their agencies typically consider 13-week data for media planning in the news genre.

Despite knowing this, the channels rarely wait for 13 weeks and rush to the brands and agencies for volume and rate hikes.

The curious question here is what is the first reaction from brands and their agencies in this situation?

A leading media buyer in the industry told BestMediaInfo.com that the news channels rightfully ask to increase the ad rates and that’s a consistent demand with almost every new deal.

“Ever since BARC ratings resumed, it became clear that external interferences including landing pages or any sort of alleged tampering with the system were impacting the ratings. So much so that we almost know that no one will stick to the No. 1 position. For any hike in rates, the first response is – let’s wait and watch. And, we have seen this response working well in today’s circumstances,” the media buyer said.

According to Sinha, the way buying happens for news is different from the GECs. GECs are bought on ratings while the news is bought at effective rates. Hence in the short-run, there's not much of a difference in rates but in the long-run it will have an impact.

But, how does it help news channels that overnight become No. 1?

As per an agency head, these news channels get an easy entry into the media plan at the planner’s level who typically go by numbers.

When a channel splashes full-page ads in leading dailies, the marketers first ask their agencies if the numbers are true and gradually a few of them are intrigued to know what triggered the change.

“An advertiser looking for the reach picks up that channel in their plan. Those who choose channels on the basis of perception and brand value do not care about the sudden changes,” the agency head stated.

A senior marketer from an FMCG company told BestMediaInfo.com that the channels are not going to be able to sustain the ratings acquired by the use of external interference over a long period. He said that the marketers are now looking at the average ratings even more rigorously.

Inflated ratings of news channels might be a good talking point, but the planner will not take that part into account in a direct way. “When they negotiate from a rating perspective, they ensure that it delivers in terms of outcomes for brands. The media buying is a matter of demand and supply,” the marketing head added.

Rajiv Dubey, Head - Media - Dabur India, said, “If we see the order for the last five years, the channels which remained on the top for a long time include Aaj Tak, India TV, Zee and others. Barring one or two new entrances, the order has not changed much. Advertisers are aware of what kind of antics are being played by new channels which includes putting them on a landing page.”

According to Dubey, the news genre has loyal viewership and over the years people have become very loyal to certain news channels or their presenters. “Consistency and loyalty matter for advertisers,” he said.

How do advertisers evaluate the ad rates for the news genre?

Talking about Dabur’s way of functioning when it comes to picking a channel and deciding the ad rates, Dubey explained that they do their research every quarter with the help of their team.

He said that even if a TV9 Bharatvarsh comes up on the top for a short period, that does not guarantee them an ad rate which is commanded by the premium channels. The rates are decided on the basis of the market forces, it’s all about demand and supply.

Shashank Srivastava, Executive Director, Marketing and Sales, Maruti Suzuki India, said that they buy TV media on three parameters, one is on Free Commercial Time (FCT) rate of the channel itself, second is Cost Per Rating Point (CPRP) for the particular genre or the channel, and the third is that they focus on their intended TG.

After all, how long can an advertiser hold the channels on their rates besides the demand-supply situation?

“It is entirely a function of data and perception. If everything is legitimate, why would we intend to do something like holding the rates?” asked the media agency head quoted above.

Having said that, the reach is consistently falling for the overall news genre even on a quarterly basis, the media agency head said. “They may show their growth in comparison to their competition but overall, the genre is shrinking. Forget about a rate hike, the news channels are struggling to defend their existing rates and they come up with bundled deals, FOC, etc. to remain in the plan. Do I need to say more on this?”

Maruti’s Srivastava said that as advertisers they can hold on for about a quarter or two at least and the ad rates depend on the demand-supply situation which might also depend on the brand's plan during that time.

“We do not offer the increased ad rates immediately despite the changes in the ratings. There are targets for media agencies to negotiate at rates below inflation rates. We mostly advertise on the top three news channels. If the rates are within our buying limits, then only, we consider a higher rate. We consider it as long as we reach our KPI scores based on the media plans that we make,” said Srivastava.

People often have the perception that the channel coming on top would get better rates.

The media agency head quoted above said, “As explained earlier, rates are a function of perception and market demand. This goes beyond the numbers and position in the pecking order.”

“For example, the rate Aaj Tak commands is due to its perception and demand from the dealer network of any brand. I doubt that any other channel will come closer to that. To simplify, if a car brand decides to spend huge money on media and asks its dealers for higher sales in a particular season, the dealers ask – are you advertising on Aaj Tak,” he said.

“It is up to channels to create such a pull. They know how to achieve that pull but unfortunately, they are not interested in growing the genre. Number 1 or 2 within the genre does not serve an advertiser's purpose. If the genre is going down, it implies everyone is losing their quarterly reach. There is no question of a significant rate hike in this situation. At best they can get a 5-10% hike based on the demand-supply situation.”