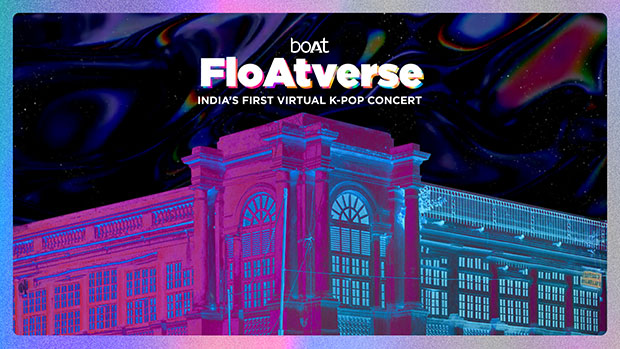 Conceptualised and executed by boAt and Digitas India, FloAtverse tapped into Gen Z’s obsessive passion for K-culture in India, which is amongst the world’s largest fanbases.

The inspiration behind India’s first K-Pop concert in the Metaverse stems from boAt’s belief that passion lies in every street and every reel and that for out-of-the-world talent, the platform also needs to be out of this world.

The Metaverse experience was opened by actor Rashmika Mandanna and hosted by internet sensation and K-Pop fanatic Radhika Bangia.

As per Priyanka Mazumdar, an upcoming K-Pop idol, the concert included a performance of “Rock with boAt” a song created exclusively for the fanbase of the homegrown audio player.

The users were also given a chance to participate in several experiences to win exclusive discounts as well as a chance to fly to Seoul in South Korea.

From Instagram, Snapchat and YouTube to prime OOH venues and tickets on BookMyShow, boAt’s FloAtverse amassed attention from the passionate K-Pop fandom in the country.

Speaking on the initiative, Aman Gupta, Co-Founder and CMO, boAt, said, “boAt has always pioneered live experiences for a younger generation and we have continued to do so by organising India's first K-Pop concert in the Metaverse. Contrary to popular belief, the Metaverse can be experienced with just a smartphone and an internet connection, rather than a VR headset. Through FloAtverse, we created an experience that combines the cultural trend of K-pop with the latest marketing technology.

Gupta also went on to add that it was through this initiative that he learned about the massive K-Pop following in India.

Talking about boAt’s foray into the virtual world, Abraham Varughese, CCO, Digitas India added, “We didn’t want to just dip our toes into something new because everyone was doing it. FloAtverse was designed to be uncompromisingly relevant and give fans a compelling reason to interact with their favourite artists and their content in an alternate world. Ultimately, it delivered more than fleeting curiosity.”