With this show, aha Tamil forays into the non-fiction genre and the actor makes his OTT debut 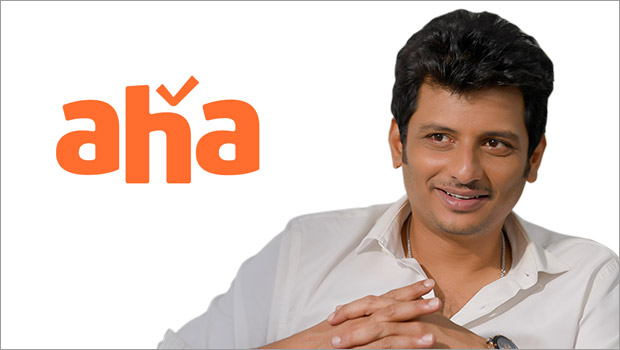 aha Tamil has announced that it is going to launch an original game show – ‘Sarkaar with Jiiva’. The novel format will feature four stars every episode.

‘Sarkaar’ is a show that commands success and popularity in aha Telugu. With the thunderous response received in Telugu, the Tamil viewers are just a few days away from the digital premiere of ‘Sarkaar with Jiiva’.

Actor Jiiva is set to take his next leap in entertainment as he associates with aha Tamil to host the show. guarantees a generous dose of entertainment, friendly banter and laughs along the way. As he embarks on a journey to explore the new format, viewers will see him in an all-new avatar in the upcoming game show.

The game show presents some of the most popular stars sitting in the hot seat, allowing Jiiva to play with them and stand a chance to learn and win something big on ‘Sarkaar with Jiiva’.

Jiiva said, "Exploring new formats is always challenging, but it's great as I love taking challenges head-on. I'm an avid fan of game shows; the concept has always been intriguing, and I knew there was no other platform than aha Tamil to start my journey as a host for a game show."

Ajit Thakur, CEO, aha, said, "Entertainment, when done with a sense of purpose, can be a powerful tool that can break cynicism and bring about happiness. We have always strived to inspire a billion imaginations while working toward giving our audience something new and exciting. And for Sarkaar with Jiiva, we are happy to collaborate with Jiiva on a project which is so special as we foray into this new genre."