Does generating FOMO in consumers to create artificial demand work as a marketing tactic?

Brands across categories are using FOMO generation among consumers to push demand for their products. But does it work out as an effective marketing tactic or backfire in the long run? BestMediaInfo.com finds out 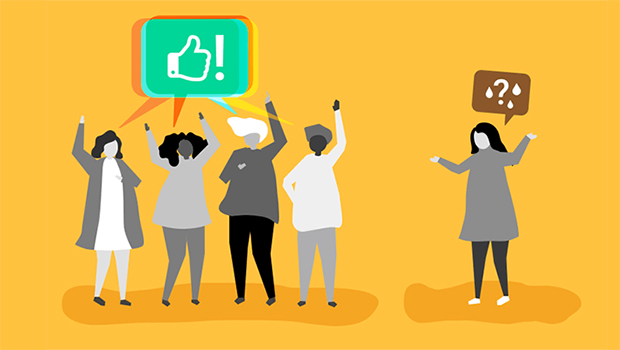 Be it fintech brands, crypto exchanges, Ed Tech companies or online health platforms, all have been trying to generate some sort of a fear of missing out (FOMO) in consumers to push them to buy their brands.

But do the brands banking upon generating the FOMO factor in consumer gain in the long term or does it just create a short-term demand for products but brands lose consumer affinity in the long run?

Roy Menezes, Partner and Chief Creative Officer, at Centrick, said that today's audience is very passive. They don't want to move until they see that they are losing out. For example, “if the vaccine manufacturers stated that the vaccines would be available indefinitely, no one would be in a rush to obtain them. People would rush to get free vaccines if they said they were ending on a specific date. The reason for this is that there is a mental state of missing out.”

“In a country like India everyone wants to get the best deal, and brands have recognised this, so they have begun to offer limited edition deals. Real estate has been doing this for a long time by using phrases like ‘why not avoid land tax’, ‘Pre- GST homes’, and so on,” Menezes said.

Hamsini Shivakumar, Founder, Leapfrog Strategy Consulting, said, “The marketing function is demand generation. Marketers try to create artificial pressure situations so that they can get peak sales, which is an old strategy. E-commerce companies come up with festival sales to let people know so that they can plan accordingly. This helps the brand to get a humongous amount of spike in sales within that one day or two days. This is done to create a kind of pent-up demand.” 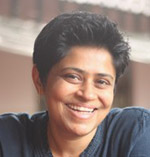 “We speak of trends versus fads. Fads are things that come and go, trends are long-term things that are patterns in behaviour that are here to stay. Whenever the word FOMO comes to my mind, I think of cashing in on fad versus really understanding and working on trends. It is more of a sales tactic than a marketing strategy,” said Nisha Sampath, Managing Partner, Bright Angels Consulting LLP.

Sampath opines that by this, brands want to force people to buy something in the short term. Long-term change requires much more thought and one must truly understand one’s customers. 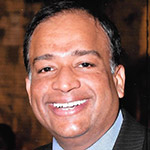 Lloyd Mathias, Business Strategist and Investor believes that marketing taps into a simple desire to be “in the know.”

“Missing out is a universal fear as being out of the loop puts a person at odds with the group. Social media has further accentuated this. FOMO marketing works on this and uses it as leverage to capture the attention of consumers, get them to react and even buy,” he said.

FOMO marketing is more rampant in the ed-tech brands

Crypto ‘finfluencers’ are not the only ones who are using it but FOMO marketing is more rampant with ed-tech brands like ‘White Hat Jr’ and other similar companies.

Prashant Sharma, who is into business development and a consultant with a penchant for storytelling, recently took to LinkedIn to share his experience, the post read, “Hey Byju’s and WhiteHat Jr... Trust me I am pushing my daughter to start learning coding, and do IIT-JEE preparations with you guys, but she is just not willing to do so. Kids these days don`t listen to their parents. She just wants to be an artist. So, please stop calling me to sell these plans/devices. I also want her to start earning a package of a crore at the age of 3 so that I can comfortably retire but she is no mood of letting me do that.”

The post read, "My 9-year-old son’s into chess, plays the keyboard and is into speed-cubing and has no inclination towards computers/coding as such. I believe Byju's and WhiteHat's of the world realise that there's more to kids these days than just learning to code and yes! They have a mind of their own and no one can push them into something they are not inclined towards. This false sense of FOMO being created by such brands should stop and so should the calls.”

Commenting on this type of marketing strategy, Menezes said, “FOMO marketing can turn out to be a bad idea for kids. Brands should never play with the minds of the kids because they affect their grooming. Telling children that they are deficient is playing with the mental health of your child.”

However, Sampath points out that the brands can pursue FOMO for short-term gains while things which have got long-term impacts for example education, cryptocurrencies etc, should not be the area of FOMO generation.

While on the other hand, Shivakumar believes that the ed-tech companies don’t do these ads based on FOMO sentiments, it is mostly done out of social competitiveness and aspiration.

In recent times, even some stand-up comedians are seen doing advertisements which ignite the potential risk of misleading prospective investors.

Giving his views on this, Menezes added, “Those who are not field experts should refrain from being the face for advertisements which pertain to crucial sectors like crypto investments and life insurance or education.”

On the other hand, according to Sampath, pressuring people to act now because they might miss out is a form of FOMO. However, if one tells people they should start investing at a young age, it is not wrong because it really helps in the long run. This type of advertisement is used by the majority of mutual fund associations.

“Though pressuring people to decide without their understanding or agreement is risky in these long-term categories, which can be misleading and can backfire on the brand,” Sampath added.

Create urgency, and set a deadline, but don’t "create" fear

In this type of marketing the main target is to create an urgency first, set a deadline and make potential TG realise your USP.

In some brands, this can be a good idea for consumer activation. Giving an example, Menezes said, “A brand selling shoes want to clear their stock.  They come up with sale up to 30% off but the minute they put a timeline to the sale, it moves the human behaviour automatically toward this process. Hence people might go for it in a fear of losing out.”

Adding to this, Mathias said, “Urgency is a key part of the FOMO toolkit. Limited editions, time-bound offers, and limiting supply are all elements of FOMO marketing. Influencers, especially micro-influencers also play a big role.”

According to customer reviews in various reports, it is obvious that the brands psychologically trap them. It is not bad to create urgency by setting a deadline, while it is also not good to "create" fear.

Shivkumar opines that creating urgency is a way to impact human behaviour. “It is psychological tested that we act more quickly when emotions are aroused. But the fear of making a wrong decision is equally high when high-risk money decisions are involved. The probability of using this tactic is more in highly expensive products,” she said.

How sustainable is it as a marketing tactic for the brands?

When it comes to the digital and social media worlds, the desire to be liked, accepted and fit in is quite strong, which advertisers and marketers take advantage of to increase sales.

FOMO and creating this immediacy are a strategy that is going to stay for long because it's so intrinsic to marketing, according to Shivakumar. “It plays on our inherent herd mentality so, the moment a brand crosses a usage threshold a kind of mob-mentality sets in,” she added.