We are seeing a growing appetite for OTT subscriptions: Ferzad Palia of Viacom18

In an interaction with BestMediaInfo.com, Palia, Head - SVOD and International Business, Viacom18, spoke about Voot’s new offering ‘Bandon Mein Tha Dum’ and plans for the future 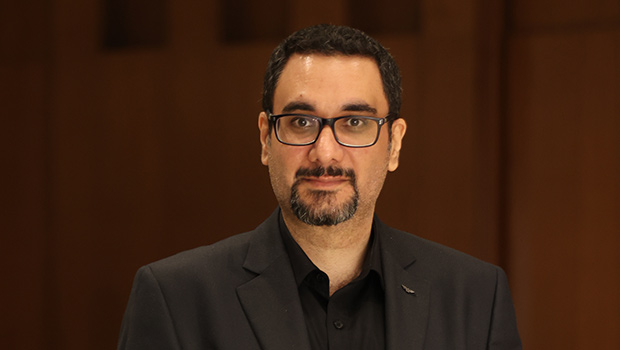 Challenges in the Indian OTT space today range from a lack of writers, to the cost of acquisition of new consumers, to the pricing of the platform, said Ferzad Palia, Head - SVOD and International Business, Viacom18.

Palia spoke to BestMediaInfo.com on the sidelines of the trailer launch of Voot Select’s latest offering, ‘Bandon Mein Tha Dum’ which showcases the historic 2020/21 India tour of Australia. The series which has been directed by Bollywood director Neeraj Pandey will stream exclusively on the platform soon.

Ahead of its release, the platform launched the trailer of the Neeraj Pandey directorial at its launch event in Mumbai, to give viewers a sneak-peek into India’s historic win against Australia.

While the OTT ecosystem has continued to grow, market experts expect it to reach a saturation point. Palia said, “It is too early in our market currently. If I win, doesn’t mean you lose, if you win it doesn’t mean I lose. There is a finite capacity and we are seeing a growing appetite for OTT subscriptions within a household or on a particular member's plan.”

The platform that was launched in 2020 has seen a phenomenal journey according to Palia.

It is focusing now on expanding the width of its content. They are also looking out to offer a wide variety of genres to the audiences, including regional markets.

“We are looking at content across categories like series and films. We are very strong on the non-fiction and reality front and want to bolster our leadership position there. We have a strong slew of international content that is doing really well. A few new international series will be coming from various studio partners. We recently dabbled into the Kannada market and had a strong response there. We have doubled down and are dominating that market,” said Palia.

“We are looking at content for different cohorts and that is a tough thing to do. You have to cater to the needs of different kinds of users but that is exactly what we are here to do,” he added.

Voot Select had recently acquired streaming rights to a number of international sports tournaments, including the LaLiga series and Serie A.

Upon being asked about the response to these properties, Palia said, “We have seen users who would have not come to the platform for our current offerings. However, a football or a tennis piece has attracted them. It has helped us a lot in getting our product right from a live streaming perspective. There has been a whole set of learnings and it has been refreshing.”

This year they launched a 24-hour prior exclusive access to TV episodes of Bigg Boss- Viacom’s marquee digital property. They also launched a digital version of Bigg Boss. “We did not expect people to pay to watch content 24 hours before it came on TV. That shocked all of us. The kind of subscription growth we have had just on the back of that one feature has been phenomenal. We also had Bigg Boss OTT which was so successful that our server crashed in the first half an hour,” Palia said.

Talking about the new series, ‘Bandon Mein Tha Dum’, he said this is a story that needed to be told and is important. “This series was not actively covered by the media because it took place somewhat in the middle of the lockdown. Just one or two journalists from India were attending the series and there were no audiences. So, a lot of what actually happened and what the boys went through has never been told. Our expectations are very high for the series. Anyone who is a fan of not just cricket but about India and a good winning story will resonate with it. If you look at it, it has all the ingredients of a fiction story.”