Planning to bridge the north-south gap in OTT with new Telugu content slate on Zee5: Anuradha Gudur of Zee

Ahead of the release of their new Telugu content slate for 2022, Gudur, Chief Cluster Officer-Telugu at Zee Entertainment and Enterprises, throws light on how Zeel plans to cater to the audience’s preferences 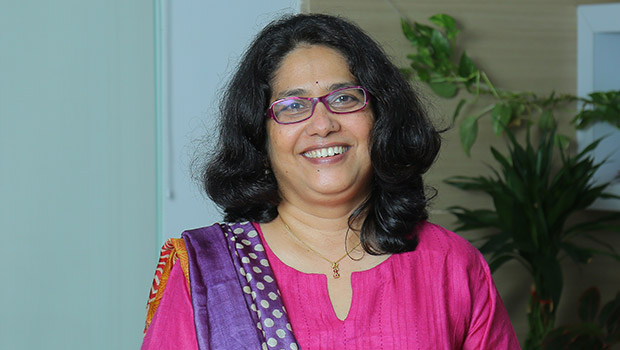 Aiming to balance the equation and meet a centre point in the regional imbalance between OTT content viewership in the northern and southern part of India, Zeel plans to release 11 new Telugu shows under Zee5 Originals, according to Anuradha Gudur, Chief Cluster Officer-Telugu at Zee Entertainment and Enterprises Limited.

“As of now, ZEE5’s southern viewership calls for an approximately 25% of the total subscriber chunk,” Gudur said.

“At least 11-16 new shows which have been specifically handpicked will be aired on Zee5 as part of Zee Originals this year. These shows will also feature Southern celebrities like Lavanya Tripathi, Hebah Patel, Raj Tarun and Sushanth,” said Gudur.

With the onset of the pandemic and the entire nation entering a lockdown, OTT platforms witnessed a hike of about 30% in their viewership throughout the length and breadth of India in terms of subscriptions purchased.

Though this shift was grounded primarily in the transitioning of the audience from being traditional-first to digital-first, riding on the lines of view-on-the-go, the television industry has also managed to survive and retain a major chunk of its audience.

Zee already has a strong foothold in broadcast and digital content. But with the passage of time, they also aim to push their regular AVOD viewers to switch to the SVOD model.

As of now, the entertainment conglomerate is known for showing female-centric shows on broadcast medium. But on OTT, the ball game is completely different and therefore it has a male-centric approach for its content.

Zee holds 20% share in the south Indian market and the recent boom in Tollywood industry has helped it attract both brands and subscriptions.

As per Gudur, the integration of vernacular movies in the OTT slate has helped Zee, not only in pushing the overall presence in the market but has been a cherry on top for the network’s identity.

The latest blockbuster offering, ‘RRR’ has been streamed for 1000 million minutes in a span of 10 days and has been trending at #1 in all 4 languages, including Telugu, on Zee5.

“In fact, research revealed that the share of subscriptions from the southern markets levelled equally with that of the northern markets, especially in the case of RRR,” she added.

According to Gudur, few points that most viewers find interesting and what brings the most traction in terms of subscriptions is a good and renowned cast, stories which are true to the region, the entertainment quotient and stories that focus on slice of life, honour killings, among other pressure points.

In terms of differentiation of content for OTT platforms, Gudur said, “For OTT, the target audience is young and middle-aged males, so the content should be relevant from a male perspective, while being inclusive of both male and female perspectives.”

Both, television, and OTT platforms tend to seamlessly co-exist together because of varied audience’s preferences. Interestingly, one can find a lot of south-Indian audiences consuming Hindi entertainment as well.

‘Mithya’ and ‘Sunflower’, which are both a part of Zee5’s Originals’ Hindi content worked wonders in the southern regions, according to Gudur.

“While one major challenge on OTT is to cross that first episode benchmark, as that is the one which results in the highest drop-out rate, the one thing that excites Telugu audience the most is the story of young adults dwindling through the complexities of everyday and still managing to make their way,” she replied when asked about the challenges faced by OTT platforms and ways to overcome them.

Until now, Zee had the first-mover advantage of stepping into Telugu news, despite being a north-India centric media platform, but with Amazon Prime planning to foray into the regional language segment, Zee is looking forward to a healthy competition.