IPL media rights: What is Disney+ Hotstar's 'Plan B' after losing IPL? 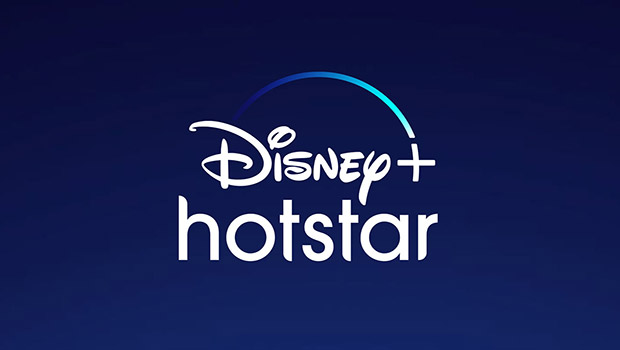 What if Reliance had backed out after Disney’s Rs 49 crore per-game bid? Had this happened, Disney would have been in a tight spot.

Even though this risk was always there, Disney knew that Reliance was not in the mood to return with an empty hand, and, therefore, it would go to any extent to win the digital rights. A well-calculated risk taken by Disney made the digital rights costlier by Rs 2 crore for Reliance.

Reliance spent Rs 3,258 crore more to secure the exclusivity in digital and bought Package C (India Digital Rights 18-game non-exclusive pack) too. Thus, the digital rights will cost Rs 58 crore per game for Reliance, versus the Rs 57.5 crore for TV which Disney is slated to pay.

Could Disney afford this pricing for Hotstar?

Globally, Disney was always considered to be bullish on digital. It shut down many television channels in Asia Pacific. Disney’s large-scale policy was centred around digital for future growth.

Having said that, India is among a few territories where Disney is still focussing on television and this makes the Indian market an exception.

On a highly optimistic note, Disney+ Hotstar earned about Rs 1,000-1,100 crore from IPL 2022 which includes Rs 250-300 crore from subscriptions. That translates into a revenue of Rs 15 crore per game.

Subscriptions are largely annual for the platform and hence it is an estimated figure attributed to IPL. The platform earned roughly Rs 10 crore per game from advertising.

It is highly unlikely that Disney+ Hotstar would have been able to quadruple IPL revenues in the next five years from what it earned this year.

If the subscription revenue is accounted for the operational cost, the entire burden to recover the cost of IPL rights falls on advertising revenue.

If ad revenue grows at the rate of 25% every year, the platform can recover about Rs 8,000 crore in five years.

In total, Disney would have lost about Rs 12,000 crore in order to meet the target of 80 million paying subscribers.

This certainly did not make any business sense for Disney.

But what Disney may have lost in IPL on OTT is the short-term valuation on bourses. India is seen as a high user number market. Any digital platform that wants to boost its global user base wants to be big in India.

For example, Netflix is struggling to increase its user base because the streaming giant hasn’t been able to capture a higher chunk here. Facebook, earlier, lost some of its valuations because its user base was reduced in India. Experts say that for any global digital platform, India may not make a lot of sense in terms of revenue, but when it comes to user base India can provide a huge fillip.

“India is a great farm where you can add MAUs and show it to your investor as growth. Even if revenues as small, when added to global numbers, the user base becomes huge. Maybe this is what Disney has lost,” said a digital media leader.

While on the other hand for Viacom18, the revenue only through the OTT platform for IPL may not be as good but it will fill the pipe for Jio, Jio Prime and other related services. “It will make the JIO ecosystem stickier. The company had plateaued in terms of active users. IPL will ensure that it feeds more active users onto the Jio telecom and broadband platform,” the industry leader added.

IPL was the only differentiating factor with Disney+ Hotstar among the numerous OTT players. Owing to the league, it used to meet its annual subscription targets during two months of IPL.

Disney on many occasions had termed India as a jewel in the crown for Disney+ and committed a high subscription target to Wall Street.

The global content giant was banking heavily on the Indian market for meeting its subscription goals. Losing IPL would have implications on its targets.

In the current scenario, Disney will have to lower the subscription targets. What long-term impact will it have on the share prices of The Walt Disney Co on Nasdaq is yet to be seen.

Disney officials told BestMediaInfo.com, on the condition of anonymity, that there was always a plan B and lowering subscription targets might be a part of it.

“But Disney+ Hotstar already has ICC and BCCI’s international matches. Plus, there are so much of non-cricketing sports and indigenous sporting leagues. It is just a notion that IPL will have serious implications on subscriptions. If we focus more on original programming and strengthen our content line-up, the impact can be mitigated. There will now be talks and strategies beyond IPL. Of course, revenue will be hit but that was coming at a high cost,” said one of the officials BestMediaInfo.com spoke to.

The officials are confident that Hotstar will survive this with a renewed focus and investment in other content. They agreed that this amount of investment wasn’t making business sense even if it had the potential to push subscriptions to 100 million.

“We exploited IPL to its full potential and hence the growth is nearly stagnant. Our overall base is 350 million and we are in a robust position,” said another official.