BestMediaInfo.com speaks to experts to understand how marketers are solving one of the biggest challenges of digital marketing

Recently, Tesla CEO Elon Musk announced that the deal to buy Twitter, for approximately $ 44 billion, might not see the light of the day. The billionaire stated that the deal is in jeopardy because of disagreements over the number of fake accounts and bots on the microblogging platform. According to Musk, Parag Agarwal, the CEO of Twitter, had ‘publicly refused to show proof that fewer than 5% of its accounts were fake’.

In fact, earlier this year Twitter had also admitted to overestimating its user base by1.9 million users each quarter for three years. "In March 2019, we launched a feature that allowed people to link multiple separate accounts together in order to conveniently switch between accounts, an error was made at the time, such that actions are taken via the primary account resulted in all linked accounts being counted as mDAU,” the platform had said.

This entire conversation has once again drawn attention to the prevalence of bots and fake accounts on social media platforms.

As a marketer, or a planner, such developments are alarming, so BestMediaInfo.com, reached out to experts to understand the challenges they hold for marketers and how the industry is tackling it.

While the digital medium is developing as the biggest medium for advertisers, the challenge of accuracy still exists across social media platforms and marketers should not judge performances based just on them, experts suggested. This means that marketers will have to learn to advertise in the presence of bots and fake accounts.

“They definitely drive a certain agenda to push things as per the brief they have got. From political agenda to a promotional campaign. It’s actually a conscious effort you would have to take to avoid what they tweet,” said Sanmesh Sapkal, Associate Director - Key Accounts, TheSmallBigIdea about the problems connected with such accounts.

Bharatesh Salian, Sr VP - Marketing Science & CX, at Kinnect, said, “In today's world of emerging AI and ML practices, bots and fake accounts are becoming more and more real and have developed a human-like persona. While it is strategically important to avoid and put a stop to the usage of fake bots and accounts, this will continue to be a known evil in the digital ecosystem.”

“Automated bots can create huge volumes of conversation/chatter/trolls on social media platforms. These kinds of seeded bot-based conversations cause havoc on the brand sentiment as well as make significant changes in the learning mechanism of the platforms. From the brand perspective, while the numbers and reports make look very good, the actual ground reality may be completely opposite,” he added.

Manas Gulati, Co-Founder & CEO at Arm Worldwide, said the marketers who place too much emphasis on the number of ad impressions as a metric for success risk spending money on fake users.

But many brands have also been using bots and fake accounts to drive fake engagement, or stand out in the crowd.

As per Meenakshi Aggarwal, COO at 4AM Worldwide, most companies recognise that these bots and fake accounts can inordinately sway opinions and impressions and run counter to the precepts of free speech that many of these platforms advocate.

“While fake bots/ accounts may appear as an easy way to get followers and promote your brand, they can actually dilute your brand image and credibility. They can also invite a penalty from the platforms. Bots will reduce engagement and lead to higher customer acquisition costs. Imagine a campaign where the marketers spend money on targeting and retargeting these bots,” she stated.

According to experts, the conscious recognition of the presence of bots will lead to companies focusing on storytelling and good content to drive genuine user engagement.

“Interesting content and impactful storytelling will drive genuine user engagement and push down fake followership. Advertisers also need to build narratives that are funded in truth and not fiction. However, since questions are being raised about the veracity of a lot of content being generated today, caveat lector is clearly the need of the hour. Storytelling will in no way replace display ads, it will only guide the communication of these ads to be more authentic and truer to the brand,” said Aggarwal.

Expressing similar thoughts, Gulati of Arm Worldwide said, “Whether you're a seasoned content marketer or new to the field. Content Marketing is not a new notion, but rather a tried-and-tested strategy that works best when done in the service. Technology has changed the game. Advertisement and irrelevant information can be ignored at any time by consumers. Thus, brands must deliver amazing stories that are worth listening to in order to break through the clutter."

How is the industry addressing the presence of bots?

Sapkal of TheSmallBigIdea stated the industry is using these tools for their promotion. “As we see many of the promotional assets are driven by the bots. These bots serve as the push for organic communication. However, a lot of brands are also consciously taking a call to not use these bots to drive any communication which will affect the brand in long run,” he explained.

“Most companies recognise that these bots and fake accounts can inordinately sway opinions and impressions and run counter to the precepts of free speech that many of these platforms advocate. Whether it is regular removal of accounts the way Twitter or Facebook do, using various apps to allow marketers to detect and remove fake followers or analytics and manual perusal and cleaning up of accounts, the industry is trying its best to promote authenticity,” said Aggarwal of 4AM Worldwide.

“There are multiple tools available in the industry to track and report accounts which do not have the behaviour of a normal user on a platform. Apart from that, multiple platforms like Facebook, Instagram, and LinkedIn run a lot of checks at regular intervals to identify fake accounts and bots and deactivate them.”

“Brands have started looking beyond platform dashboards and have started looking at the LTV (lifetime value) of consumers. Brands have started using mediums like social commerce and content to commerce frameworks to drive tangible results from their social media investments. Content Marketing and storytelling will be a very important mix and will see a significant increase in adoption but bots will continue to influence the content that is published also. Marketers will have to start seeing beyond campaign and platform dashboards,” explained Salian. 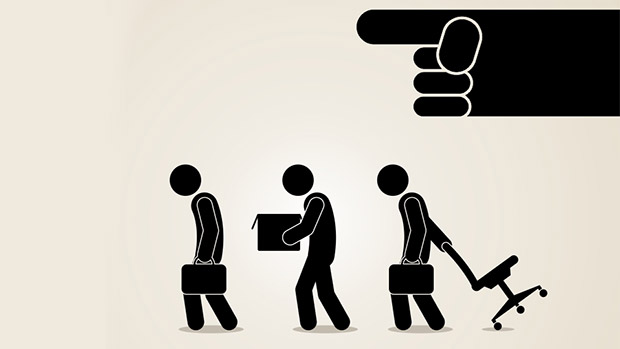