Concept can be same but the storytelling/idea should be as per the format of the medium: Kash Sree 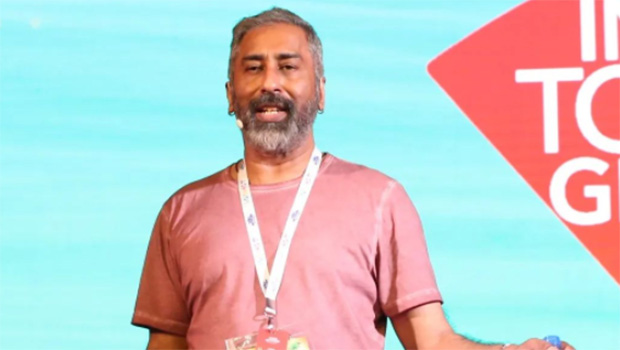 There’s greater flexibility in today’s world and one can come up with different ideas for different mediums for the same product, said Kash Sree, the highly awarded Executive Creative Director and writer.

Sree shared insights on some of his best works and how he came up with the concepts, the challenges he faced and his overall experience of being a part of the advertising industry for about 28 years.

Some of the campaigns that he spoke about were the Nike campaign, which won five Cannes Lions and one grand Prix, the Vaseline campaign, A Diamond is for Forever for DeBeers, Mr Pizza for a Korean Pizza company, Nike “Footwork”, and more.

The session saw Sree talking about the inspirations behind some of his ads, one of which was his wife who is from Chennai and now has settled with him in the US but still tries to avoid the heat by walking in the shade. He took this as an inspiration for the Nike ad - Shade Running.

Upon being asked that with the increasing mediums has it become more difficult for brands to fragment their ads to suit the various platforms? He said, “That's the part of the big world, now you don’t have to stick to one idea like earlier when one has to come up with TVC or print. One can come up with various ideas for different mediums. The trick is to keep it distinguished and not repeat the idea on every platform. The concept can be the same but the storytelling/idea should be as per the format of the medium.”

To a question about creativity, cultural stigma and the cancel culture constraining the creativity, Sree said that if you are doing it right, you will piss people off. He advised professionals to expect and be prepared for it.

With the advancement of technology and new terms like Metaverse, AR, NFTs, Sree asserted that humans are the most advanced technology that came into existence.