An idea can change your life, but what if the whole idea changes?

Many concepts and scripts change last minute right before going on the floor, but how much room for improvisations and major shifts does the world of advertising allow? BestMediaInfo.com tries to find out the truth, along with some of the stories 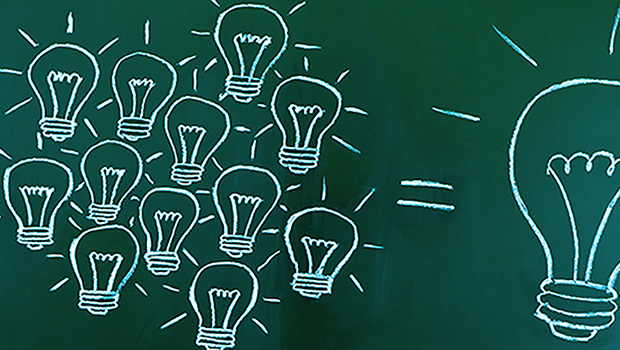 Many a time right before the script/concept is going to get on the floor, there is a complete change in the idea and a new script/concept becomes the face of the campaign. While there are very rare case scenarios when the entire idea is changed right before the execution, this totally happens in the creative industry given the nature of how ideas evolve.

Creativity knows no bounds, and this is especially true in the field of advertising where the sky could be the limit. But how much room for last-minute changes or even a complete overhaul of the concept does the ad industry allow? BestMediaInfo.com reached out to experts to find out how.

Since there are huge sums of money involved in the production of a TVC, it is mostly very difficult to change the entire concept and start afresh. Apart from the money involved, the market research, as well as other logistics on board, are shaken up by the sudden shift in the idea.

We spoke to a lot of experts in the advertising industry who seconded that it is next to impossible to change the entire concept before it goes on the floor.

However, we also dug out some instances where it happened that the idea has been changed completely. Kash Sree, the renowned Executive Creative Director, shared some of the campaigns that were totally changed from what they were planned out to be initially. “If you have a body, then you’re an athlete,” Nike ad, the initial script was different and something cliched, it was changed quite late in the process. The ad won the Advertising Emmy that year.

Another example that Sree gave was this film when they saw this artist playing with the golf ball and went ahead to make it into a campaign. The original script was still made into a film, but the brand went ahead with this clip of 30 seconds as the face of the campaign.

It is a very regular thing to change dialogues or the scenes in an ad film, but changing the concept requires a certain amount of courage by the creative team as well as the brand since it is them who are going to be positioned in front of the audience. Here’s a perfect example of an idea that came during the making of the Tide TVC where the stain became the main character of the film. 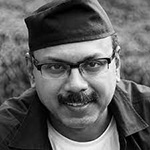 After the idea gets locked by the client, there is a Preproduction Meeting (PPM) which helps the client as well as the agency to understand how will it look after execution. A case that Josy Paul, Chairman at BBDO, shared is something that happened in the middle of the PPM of the #ShareTheLoad campaign for the brand Ariel.

He said, “We changed the script just before the shoot. This is for Ariel #ShareTheLoad. In 2016, we were all set to shoot two approved scripts. We had taken two months to get to this point of approval and shoot. Two months of back and forth to crack the right scripts. The pre-PPM (pre-production meeting) with the client was in full progress. That’s when a sudden inspiration hit me.

I asked the client if we could consider one more idea. A thought hit me - What if authority was to apologise! What if we got a father to say sorry to his daughter - for never helping out with the household work! It was a whole new idea and I shared it with the client right in the middle of a PPM that was underway.”

“We were so fortunate that we had a very open-minded and enlightened client. He asked around and got everyone’s view. He then stopped the meeting and told us that he'll give us 24 hours to build on this. On the way back to our office - Ashram, my creative partner Hemant Shringy was with me. He was very thoughtful. When we reached our office, Hemant sat quietly in the library. A few minutes later, he came rushing out with something he had written. Hemant had crafted a beautiful letter of apology. It was very soulful and moving, deep and honest. We both knew instantly that this was it!  We didn’t wait for the next day. We called our client immediately and read the script on the phone. His response was very encouraging.”

“The next thing we know, we were shooting a whole new film based on the new script. That’s how we created Dads #ShareTheLoad. That campaign went on to break all records for P&G Ariel and went global and was translated into 21 international languages! It was recognised as the most effective campaign in the world,” he added.

In the Indian scenario, where the audience is conservative and might take offence if the concept hurts the sentiment of any section in the society, thereby boycotting the brand, Jagdish Acharya, Founder and Creative Head at Cut The Crap, took the creative liberty eight years back with the ad campaign for the brand Ujala, giving the brand a new phrase.

Another example of the change of idea given by Acharya was for the brand Malkist Biscuit, wherein after the script was locked by the client, the agency found out that the same kind of idea/concept was being worked upon by another non-competitive brand. This gave the opportunity to the agency to come up with a new concept just a few days before the TVC was going to be shot with actor Amitabh Bachchan.

It takes an enormous amount of trust and a good relationship between the agency and the client to trust the instinct of the agency and go ahead with the new suggested idea, that too at such short notice.

A spokesperson from MullenLowe Lintas Group, said, “There's no hard and fast rule to stick to the idea that won the pitch. Agencies always have the best interests of their client at the centre of whatever they do. So, if they come up with a better idea that, in the agency's opinion, will help achieve client/brand objectives more effectively, they will propose the new idea to the client supported by a robust argument. The healthiest client-agency relationships are the ones where the agency believes in the client's understanding of the business and the client trusts the agency's craft and calibre. Whatever results from this partnership will be in the best interest of the brand.”

Abhijit Avasthi, Founder of Sideways Consulting, mentioned that it is not a good idea to change the entire script, while there can be minute changes in the dialogues, changing a concept might create chaos both for the client and the agency.

Tags: An idea can change your life whole idea changes
Advertisment
More from this section