The prices of newsprint were already high due to the pandemic; however, the industry is now facing a serious supply chain issue given India imports a large part of its printing raw material from Russia 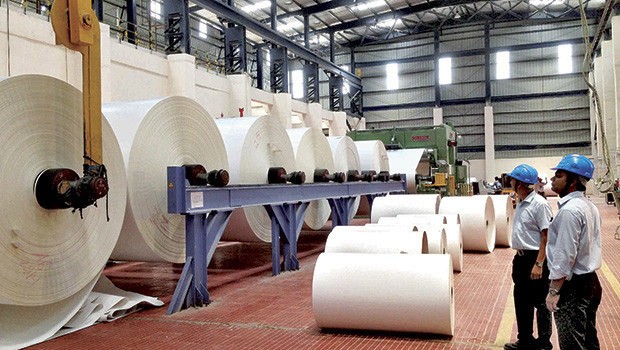 Inflated newsprint prices have been a matter of grave concern for Indian print publishers for years. The ongoing Russia-Ukraine war has left print publishers further worried with only a few weeks of stocks remaining, especially for those who rely on Russian imports which account for 45% of total newsprint in the country.

Mohit Jain, President of the Indian Newspaper Society and Board Member, Executive Director, Bennett Coleman & Co, said that some players had inventories for two months but now only two weeks of inventory remains with them. He said that three shipping lines, called MAERSK, MSC and CMA-CGM, respectively control about 60% of global container traffic, but as a part of economic sanctions put on Russia, they have decided not to call on its ports.

“St Petersburg is the largest port in Russia but they (shipping lines) have refused to mobilise stock from there. As a result, a lot of raw material is stocked up at St Petersburg. We are also unable to locate ships that have left from this port. This is just adding to the confusion. Rotterdam is a very big shipment port in the Netherlands and it is a port that is used for Europe and Trans-Atlantic cargo coming from America. This also passes through Rotterdam; hence port congestion has happened.”

In 2020, the government reduced the custom duty on newsprint uncoated paper (glazed) and light-weight coated paper used to print newspapers and magazines from 10% (proposed in Financial Bill 2019) to 5%.

Jain said that now they have further asked the government if they can remove the 5% customs duty on newsprint.

Jain said that he had recently met the I&B Secretary Apurva Chandra, and is further seeking a meeting with Union Minister Anurag Thakur to discuss the situation. “We have placed a request to the government and we hope they consider it. We have asked the Government if the newspaper mills in India can make more newsprint and not more writing material. We have also asked the Government if they can remove the 5% customs duty on newsprint,” commented Jain.

Anant Nath, Executive Publisher, Delhi Press, said that there has been a global shortage of paper for the last six months, and the global war since has exasperated the situation. There is a supply shock that the industry is facing. The scarcity of papers has led to increase in newsprint prices.

He said, “In our case, we have increased the price of our magazines by 15% over the past few months. This might have some impact on circulation but we have to take a hard call on that.  Anyway, we have been moving a lot more towards subscription-driven revenue and advertising.”

According to a global news report, Intergraf, the European print and digital communication federation, which also represents 20 national printing federations, has urged stopping exports of pulp and paper to “third countries” to safeguard Europe’s printing and publishing industries.

Imports constitute 1.5 MTPA of the 2.2 million tonnes per annum (MTPA) consumption of newsprint in India, according to the Indian Newsprint Manufacturers Association.

India imports about 45% of its newsprint from Russia and 40% from Canada, while 15% of the rest is also imported from other markets like Europe, Australia, New Zealand, Malaysia, and Indonesia.

Earlier, India also imported newsprint from Korea and China. “Since China and Korean markets were shut at the peak of the pandemic, it created a large dependency on Russia and Canada,” added Jain.

As per a report by CRISIL, the newsprint prices are going higher, leading to increased publishing costs for the newspaper industry which had very recently suffered multiple blows during the Covid-19 pandemic.

Rakshit Kachhal, Associate Director, Crisil Ratings, said in the report, “Operating margins of print media companies are seen contracting to 6.0-6.5% next fiscal from 9-9.5% this fiscal because of elevated newsprint prices. This is despite the rationalisation of newsprint consumption and the expected increase in cover prices. India imports more than half of its total newsprint demand. Russia is a major exporter, so its war with Ukraine could affect the demand-supply situation and impact newsprint prices.”

The war is not the sole reason behind the surge in print prices. It must also be noted that due to the economic situation, transportation costs in countries have escalated this is why a few players have increased their prices over the past two years.

“Today, newsprint is being quoted above $1,000 per tonne, which has increased from $450 per tonne in 2019. This has put a big financial stress on players,” said Jain.

He further said, the situation has forced players to see if low-quality material from India can be used.

Nath added that sourcing lower quality material is not that easy when it comes to magazines. “The paper that we use, which is lightweight coated paper is not available and manufactured in India. Even the glazed newsprint is not easily replaceable, so we have to continue buying from outside. This is a problem,” said Nath.