Amused by creative names of ad agencies? Here’s the backstory of some 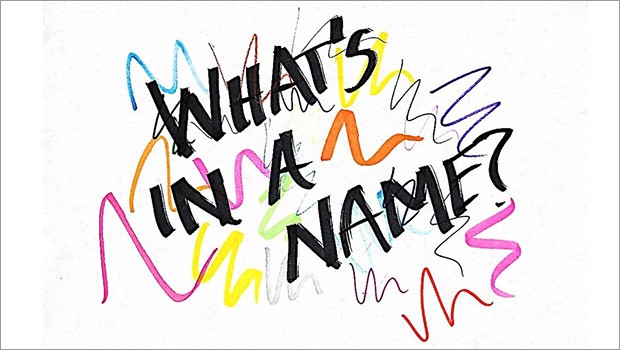 Ever heard unique advertising agency names and wondered why they went ahead with it? What could be the story behind it? While the unique, different and flashy names make most people curious. There are even more interesting behind the scenes stories about how the name got selected in the first place.

Unique names often act as ice breakers for any conversation. BestMediaInfo.com spoke to a few agencies to know the story behind their unique names and some of the funniest, or most insightful, responses they got after other got to know about it.

BestMediaInfo.com spoke to Supari Studios, and they said, “We’re called Supari Studios because we are in the business of shooting people. For those unfamiliar with the term, Supari is slang for blood money paid to contract killers to shoot their targets. The name was initially a joke that a close friend cracked when we were starting out - but as you can see - we took that joke a little too seriously.”

Supari Studios said that they didn't really consider too many options apart from this. They wanted a brand identity that's reflective of how they approached their work - creative, edgy and fun - and couldn't think of a name better than Supari to manifest that. 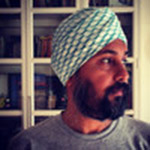 Dalbir Singh of Kiss Films said, “When we were ideating on a name, we wanted a short name. We selected Kiss Films because, from a social media perspective, you can play around with the word a lot. We used to have Kiss Calendar a few years back, where we used to experiment with the word and the logo. People used to look forward to it.”

Singh also said that when clients used to write a cheque to them, they would find it funny and very catchy. The name is relevant in every period of time and there is so much to do that they will never run out of content with it. 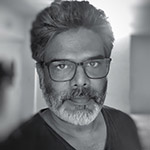 Infectious Advertising’s Co-Founder, Ramanuj Shastry, said, “Before we started our agency, we were brainstorming to come up with a catchy name, using our colleague Ashutosh Karkhanis (now Creative Head & Managing Partner, Open Strategy and Design) as a sounding board. While discussing the kind of agency we intend to create, Nisha (Co-founder) and I kept saying ‘ideas that are infectious’ and ‘work that is infectious’ etc. Ashutosh finally said, “Why not keep the agency name only as Infectious?” Nisha and I jumped at the idea and Ashutosh designed our logo.”

Shastry said that name gets received differently by a variety of clients and it makes them different and noticeable almost instantly in any room. “It’s a great ice breaker in new client meetings. Pharma clients are the only ones who look at us with disbelief when we tell them our names. Also, when we are in the lobby of a client’s office, invariably the receptionist will call the client to say: ‘Infection se log aaye hain! These little inconveniences are a small price to pay for a sticky, unique and hugely memorable name.” 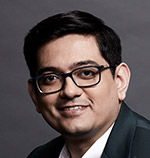 FoxyMoron’s Co-Founder, Pratik Gupta, revealed the story behind the unique name, he said, “We were 19 when we set up the agency and were keen on finding a name that was unique. A friend suggested coining a name with an oxymoron in it. And while figuring the permutations and combinations with the alphabets I chanced upon it and knew we had found the one. I remember calling up my business partner Suveer and saying ‘this is it, this is our name’ and he was in complete agreement.”

“Even now 15 years later, in every interview, we go on we are asked about how we thought of our name. We couldn’t have found a name more apt for us, whether it’s representing our sharp work ethic or not taking ourselves too seriously all the time, the name represents all 350+ of us. I remember when we signed one of the first few clients, we asked PVR Cinemas how they got to know about us? They told us when they did a Google search of advertising agencies in Mumbai, our name popped up and they were keen on speaking with us simply because our name was interesting! It’s one of our favourite stories to share from the early days," he added.

Cyrus Pagdiwala, Partner and Executive Producer, Corcoise Films, also revealed the secret behind the naming process and spoke at length about the brainstorming that goes into it.

He said, “One of the biggest challenges we faced and I guess all start-ups do, is naming of their baby. We thought of names basis where we met and or other such words that would spell our business. We wanted to be a company that could forever have childlike excitement and freshness, a childlike curiosity. That would be our work, our culture, our mantra. Keep the ideas simple and fun. Prasoon Pandey’s (Director) kids were very young then. So, we looked at them for some inspiration and we found the source then. Prasoon’s daughter loved tortoises and called a cockroach a ‘corcoise’ which is the name we carry. And his son scribbled the amalgamated animal which is the company logo.”

He said that the names the grown-ups had thought of earlier were fairly insignificant and they didn’t ring a bell in their own heads. “I can’t for the life of me remember them. People always respond with curiosity. Why is the name so unique?. How is it related to the work we do? etc. I have to walk through this philosophy and our inception to many clients, other producers and our production mates. The fact that it still drives curiosity is proof that the child in ‘corcoise’ is alive and kicking.”

All the agencies share an emotional connection with their names, 0101.Today, a tech-based conversion company also has a very unique moniker. Ajay Verma, Managing Partner, 0101.Today, said, “Today’s world revolves around Data – And all data world-wide is saved and processed in binary codes – 01. That’s the inspiration. We have two distinct facets of the organisation – One we use data to reach and communicate and own marketing outcomes and second the results of everything that we have executed will be reported the same day, so that appropriate actions can be taken for the next day. Hence the domain chosen was DOT TODAY. Also 0101 is an angel number, one that’s believed to have the ability to transform the world – That I would say is fitting a logic to our actions.”

Likewise, ^atom network’s CEO and Director, Abhik Santara, said, “I have spent six months, prepared seven PPTs, taken opinions of 15 people, created logos for five names, and finally selected the one which was my first thought, atom. In my head, I had a whole philosophy written on the name and its genesis. How atom is the starting point of all matter, the covalent bonds we intend to create etc. I am still not sure whether the philosophy I cooked in my head was for me or to express it to others. But closer to the launch, when all of us fell in love with the name, we decided to drop the hard selling altogether - from our website to our conversations with clients or teams. We stayed with what made us love the name - simple, easy to pronounce and easy to remember.”

The company is coming out with a new venture which revolves around the idea of a creative bar called ‘Gossip’.

Meanwhile, Appurva Hooda Bhoker, Business Head, The GirlFriend Box, who believes in women empowerment shared that the story is that most of their clients, vendors, key team members, and consumers from day one were women. The company wanted to make it a point to always hire over 50% women in all leadership roles and in the overall team. She said, “We were keen on Good Shot Co. which was already trademarked, so we went with The Girlfriend Box instead. But we're better for it.”

Talking about the name, Mehul Gupta, Co-Founder and CEO, SoCheers. said that SoCheers is actually short for Social Cheers. “It came to us one night while we were just brainstorming names with friends and it just sort of stuck. We loved how playful and casual it was, while also being unique in its own sense.”

He chuckled and said, “Over the last nine years, SoCheers has become Sochurs, So Cheer, So Cheers (with a space) and whatnot. Pronunciations differ on many more scales. Most commonly people think it’s because we youngsters like to party a lot, and hence So’Cheers’. But the people we work with truly get to see our 'cheering' spirit, rightly resonating our name.”

Neha Puri, CEO and Founder, Vavo Digital, said, “Influencer marketing is a rapidly growing field, but a very new format of marketing, which is globally scaling. Our business is specific to these new ways of reaching the target audience which is a traditional shift from the older forms of marketing (Such as TV Ads, and dependency on BTL marketing). Marketing strategies, techniques, and tactics of the current and recent past; not ancient, outmoded, or obsolete marketing strategies, methods, and tactics is what is a VAVO. It is not a term coined by us, but something we came across online and found to be a perfect match to represent what we do at our end. The word digital is a clear representation of non-restrictive growth as it offers no boundaries for the brands to grow.”

Puri added, “On a lighter note, to date, we have had a lot of people who pronounce the name wrong, therefore our website also states it as ‘Way-Woh’, however, everyone was intrigued by the story behind the name and that’s the first question we get on most client calls. It is great to have conversations around brand names, it can also be seen as an ice breaker and a great way for our clients to understand our long-term visions.”

Jagdish Acharya, Founder- Creative Head; Cut The Crap, recalled that during a celebration of their first client’s campaign, one of the colleagues from another agency whose salary was cut, had said - ‘Don’t cut the salary, Cut the crap’. He said, “Everything that comes between the brand and the idea is cut the crap. If there’s anything that’s not working for the brand, we should cut it. And that is the definition we go by.”

Initially, when Acharya went out in the industry with the name, he chuckled, “The first cheque I got was by the name ‘Cut the crab’. Even now there is a chain of hair salons from our name, so we also get calls for the same.” 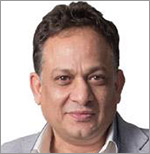 Mahesh Chauhan, Director at Salt Brand Solutions, said, “When we were thinking of a lot of names, somebody came up with the name Salt. The idea behind salt as it is a very common element in wholesome food but without it, there is no taste in food. So just like that, an agency is a critical component for a brand for its success through its creative strategies.”

The company had kept names like Zaum, and Mash, as options but they were already taken by someone else, so they settled for Salt.