Under pressure to increase ad rates, the newspapers may not lose on advertisements given their utility in media plans, feel advertisers. With production costs going up due to global shortages, the Indian Newspaper Society (INS) has asked all newspapers to hike their ad rates by a steep 20%

Newspapers are living on the edge. “We get raw material at 8 pm and printing for the next day edition starts at 12 pm. That shows how tight the situation is,” said Mohit Jain, President of the Indian Newspaper Society (INS) and Board Member, Executive Director, Bennett Coleman & Company Limited.

The global shortages because of the ongoing Russia-Ukraine war and the lockdown in Shanghai has almost frozen the supply chains. Not only is there a shortage of printing paper but also a looming coal shortage which might have an impact on the production of domestic paper.

Speaking to BestMediaInfo.com about the development, Jain said that the increase was inevitable. The cost of newsprint has increased to $ 1,000 per MT due to hyper-inflation.

“The domestic mills are producing writing material although they have been licenced to produce newspapers.  Even the mills are experiencing a fibre and a coal shortage. These domestic mills also don’t have the entire capacity (to produce according to the Indian demand). There is an acute shortage of capacity among Indian mills. This is compelling publishers to import more material unnecessarily. Even the domestic prices (production) have gone up. They are asking for Rs 80,000 per tonne which is more than the prices of imported paper,” he explained.

But is increasing rates the right approach?

The print sector was one of the worst-hit sectors during the pandemic. Top papers such as the Times of India and The Hindustan Times saw their revenue dipping by almost half. The overall print adex fell from Rs 18,000 crore to Rs 11,000 crore.

The industry is still struggling to reach the pre-COVID numbers.

To cope with this situation, many print players had earlier increased their subscription price but the fact is that it contributes marginally to the overall revenue.

According to Jain, since players have already increased subscription prices, increasing the ad rates is the next natural step. “Ad rates should go up by 20%. We are in a state of hyperinflation, the supply chains have got disrupted because of Covid as well as the war. China again has a lockdown in Beijing.”

“We are all in the dark. We are not seeing the light at the end of the tunnel. At Times of India, we have different distribution strategies for different publications. Until recently, we were getting raw materials at 8 pm and the printing press starts at 12 pm, That’s how tight the crunch is. We are living on the edge right now.”

He further said that even the advertisers who have been advertising with them have increased the cost of their end products.

On the other hand, magazines are focusing on increasing revenue through subscriptions and digital solutions. Anant Nath, Executive Publisher, Delhi Press and also the editor of Caravan, stated that there is a need for publishers to increase their revenues from actual distribution.

“We have also been working on improving subscription sales, collectively we are pushing this and working with the Indian Post to improve the delivery. This will allow people to read magazines on time and then resubscribe to them.”

“After multiple representations by AIM, the Indian Post has launched  a new service called Magazine post specially created for magazine delivery. It is giving the facilities of speed post at an economical rate. We are confident that with efficient delivery service our subscription rates will go up,” he added. 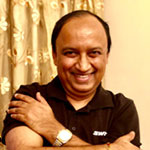 According to Shashank Srivastava, Executive Director at Maruti Suzuki India, the rack rate (the basic rate that print players offer to advertisers) has not really gone up. “The reason is that we have seen a decrease in demand for print, especially in the metro areas.”

“Even if there is an increase in ad rates, print will continue to be used. The reach of print is 600 million, as good as TV. Vernacular papers are also very huge in their areas. For tactical advertising which is largely used by automobile players, print is the best option. I think larger advertisers will still try to negotiate but we will continue with print. The extent will vary depending on prices. We are spending almost 30% of our advertising spends on print. We have received some communication from some players that they will be increasing rates by 20%. But of course, our agency will go back and negotiate,” he stated.

Adding to the topic, Krishnarao Buddha, Senior Category Head- Marketing, Parle Products, said that they have not received any communication from the kids’ magazines they collaborate with.

“Though INS must have said to increase the rates, hikes will not be pushed fully to the clients because deals are done and discussed in advance. The publications will not come to the advertiser and say you’ll have to give 20% now. At the most, they (publications) will add value to the deal. There will be 15%-20% of freebies (bundling) that will be offered and will be shown to INS that they have increased rates. At the most, a 5% increase is a realistic number. However, a one-off advertiser can be asked for a 20% hike,” he added.