Both the news industry bodies have welcomed the I&B Ministry’s order to resume the ratings for the news genre. However, they are divided on the timing of the release 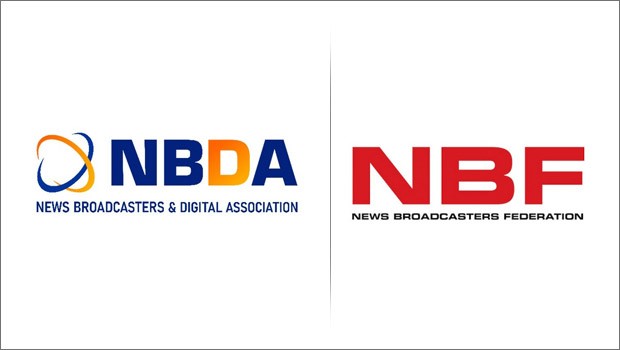 The two news industry bodies - News Broadcasters and Digital Association (NBDA) led by Rajat Sharma and News Broadcasters Federation (NBF) led by Arnab Goswami – have come up with polar opposite reactions on the Information and Broadcasting Ministry’s order to resume ratings for the news genre.

Ever since the ratings for the news genre were kept in abeyance, over alleged manipulation of ratings by Republic TV owner Arnab Goswami in connivance with former CEO of BARC India Partho Dasgupta, both the industry bodies had different stands on the matter.

While NBDA has been demanding various reforms and measures in order to make the currency foolproof, NBF pushed for early release of the data.

As the ratings are set to return after about one-and-a-half years, NBDA has just issued an official statement welcoming the Ministry’s order, saying it looks forward to various reforms undertaken for a credible TV audience measurement currency under BARC India.

“The News Broadcasters and Digital Association stands vindicated as the Ministry of Information and Broadcasting recognises the need for improvement, acknowledges the deficiencies, the need to urgently increase sample size and systemic corrections.

NBDA also appreciates the reforms that are being undertaken to make the processes, protocols and oversight mechanism at BARC India more robust. It is heartening that the Ministry acknowledged that the ratings system for TV news had deficiencies and took note of the suggestions made by NBDA. The reconstitution of the BARC Board and the Technical Committee to allow for the induction of independent members, along with the setting up of a permanent oversight committee, are all steps in the right direction. After the unearthing of the TRP scam by Mumbai Police in October 2020, the NBDA had asked BARC India to overhaul its systems before resuming the release of TV news ratings.

We note the Ministry’s decision to set up a Joint Working Group under the Chairmanship of Prasar Bharti CEO, Shashi Shekhar Vempati, to study the potential for leveraging Return Path Data (RPD) from set-top boxes. We look forward to working with it on the crucial issue of RPD.

We look forward to working with the Committee. NBDA hopes that this will ensure that the data collected for viewership measurement is more authentic and real time.

While NBDA recognizes that a number of reforms are being undertaken at BARC, there is still room to make systems more transparent, robust and reliable. BARC should also evaluate ways to enhance data security and ensure that there is no manual intervention at any step in the ratings process. We hope before any ratings are released, these measures are in place. We will continue to work with all stakeholders on refining the Outlier Policy to eliminate statistical anomalies and increasing the sample size to strengthen the credibility of data.”

Although Goswami was heard claiming victory on his channel Republic TV yesterday over the Ministry’s order, NBF expressed disappointment over BARC “withholding” news genre ratings despite the Ministry’s order. This came earlier today after BestMediaInfo.com headlined “TRPs for news genre can resume only after elections”. The story explains in detail how the revamped and tightened access protocols for data require time.

“News Broadcasters Federation, the largest congregation of news broadcasters, is deeply disappointed over BARC’s withholding the television ratings for the news genre, despite clear directions from the Ministry of Information and Broadcasting on Wednesday (12 January 2022), to resume release of ratings with immediate effect.

The audience viewership data is with BARC and withholding it despite clear instruction from the Ministry, is not necessary. BARC should comply and release the ratings of news channels without any further delay. If there are news channels that don’t want ratings they can be voluntarily exempt.

NBF calls upon BARC to release the ratings and not delay this any further, to put an end to the severe challenge the news genre was facing as advertising was deeply hurt in absence of any ratings.

BARC, the only television audience measurement rating agency registered by the MIB had paused the release of their audience ratings for news genre for over 16 months - since October 15, 2020. The Ministry of Information and Broadcasting on January 12, 2022, had asked BARC to resume the release of audience data with immediate effect in a monthly format on a ‘four-week rolling average concept’.”