BestMediaInfo.com analyses how news channels have upped their ante on the election programming front 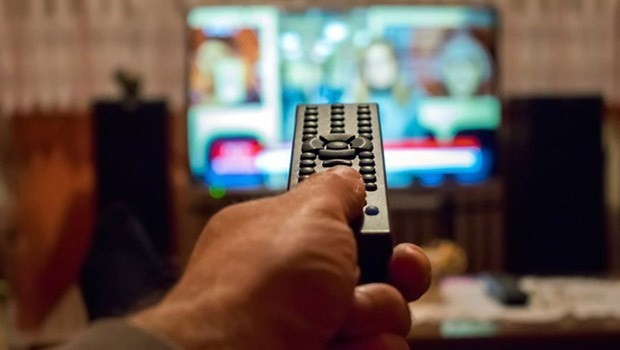 Assembly elections for five states, namely Uttar Pradesh (UP), Punjab, Uttarakhand, Manipur and Goa, are scheduled to be held from February 10, 2022 with voting to take place in seven phases. While the parties are gearing up for the rallies and promotion, the whole of India will be glued to their TV screens for this fight.

This time around, the election coverage by news channels is all the more important because the Election Commission of India (ECI) has put a ban on all physical rallies due to the rise in Covid cases, owing to the Omicron variant. With this, the news channels are all set to rake in a good premium on their otherwise-sober ad rates as most of the election campaigning will now be done on TV screens leading to increased viewership. Therefore, news channels have put their best foot forward to stay ahead of the competition and attract as many eyeballs as they can.

According to industry experts, the channels may charge over 2-3x of their ad rates for regular election programming, which during the counting days may touch even 10-15x of the average rates. Therefore, the channels are leaving no stone unturned to make the most of this situation.

The news channels have scheduled different programmes in order to cover the elections and keep their audiences hooked to the screens by providing them with real-time updates.

While there is huge competition to keep up with the viewership and do ground-breaking coverage, many channels are also relying on their digital channels as well as social media platforms to promote their shows and on-ground events.

Zee Hindustan, a Hindi news channel from the Zee Essel Group, has seven bulletins especially for UP, including ‘UP Se Ram Ram’, ‘Chai, Chaat Chaupal’, ‘UP @ 403’. They have been covering elections for 45-days already with a branded LED canter. Their YouTube channel has seen an increase of over one and a half lakh subscribers in the last few months.

Commenting on programming line-up during elections, Purushottam Vaishnava, CEO-Zee Hindustan, said, “Elections are akin to news channels what festivals are to the people. We start planning way in advance the kind of content that we will work on apart from the breaking news and coverages. There is so much competition in the Hindi news space that we have to offer something different to our viewers. We already have started our election-specific programming. We will keep adding to the list as the dates come closer.”

Zee Media went all out with over 300 hoardings, print ads in four publications, radio campaigns spread across four stations, airport branding, cable TV spots, extensive digital and trade website communication among others. They also carried out an innovative OOH campaign as well to help break through the clutter of hoardings that were placed on the DND flyway and Noida expressway just outside Film City.

Anindya Khare, Marketing Head, Zee Media, said, "News viewers had stopped believing in the numerous opinion polls conducted around elections simply because it wasn’t representational enough. Our extensive activity and research helped us with this insight, and at Zee Media we used our resources to create the biggest opinion poll of the election season, with the largest-sample size ever. We have created a comprehensive, genuine and transparent opinion poll in the history of elections and regained the trust of the viewers.”

Another news platform, ABP Network is expecting a 130% increase in the viewership of the channel amid election coverage. The channel has also scheduled various programmes like ‘Kaun Banega Mukhyamantri’ as their flagship property during the elections. Under the same, they have 11 curated programmes, a monthly-show ‘Chunavi Mood’, a weekly-show ‘Raj Ki Baat’. The channel also has ‘Chunavi Yatra’ travelling across the states to know the opinion of citizens. ABP has also introduced “Mukhyamantri” informing people about previous Chief Ministers of poll-bound states. They are also planning to conduct on-ground coverage during election days, debates and discussions with the contesting parties.

Times Network, which has two general news channels - Times Now and Times Now Navbharat, has onboarded data analytics company - Veto to collect on-ground reality through field-to-field surveys and call centres. Times Now has scheduled Mandate 2022. Under it, the channel plans to report extensive coverage of the election with prime-time shows like ‘India Upfront’ at 8 pm, ‘Newshour’ at 9 pm focusing on hosting discussions related to the elections, with representatives cutting across the ideological spectrum.

Times Now Navbharat, the newly launched Hindi news channel has planned different programming line-up under ‘Jan Gan Ka Mann’. Times Now Navbharat’s ‘Chunavi Rath’, will travel to all the districts in UP to host a series of on ground debates to offer voters an opportunity to directly reach their local leaders. Chunavi Rath will air from January 24 at 4 pm. The channel has also launched an Election anthem for UP. Other daily shows such as ‘Netaji Viral Hain’ at 4:30 pm, ‘Kiska Kaam Bolta Hai at 6:30 pm, ‘Vote ka Dharam Chakra’, ‘Sawaal Public Ka’ at 8 pm, ‘Opinion India Ka’ at 10 pm also package election-centric segments.

Under the umbrella, ‘Sabse Bada Dangal’, News18 India has lined up an array of new shows alongside election-special episodes of some of its very popular on-air shows. ‘Sabse Bada Dangal’ has show formats such as ‘Chunauti’- where political leaders will discuss the challenges of the upcoming elections in a very candid and informal setup, and ‘Rath Yatra’- where the political debate will be conducted in a slow-moving vehicle with party supporters moving alongside. Further, the channel’s anchors with their shows such as ‘Bhaiyaji Kahin’, ‘Lapete Mein Netaji’, ‘Desh Nahi Jhukne Denge’ and ‘Aar Paar’ will provide meaningful discussions, in-depth opinions and analysis in their own ways.