IPL media rights auction to heat up; BCCI likely to rake in 20% more

The bids for TV broadcasting rights are likely to be more or less the same as in for the period between 2018 and 2022. For digital, however, there might be a major spike in the bids 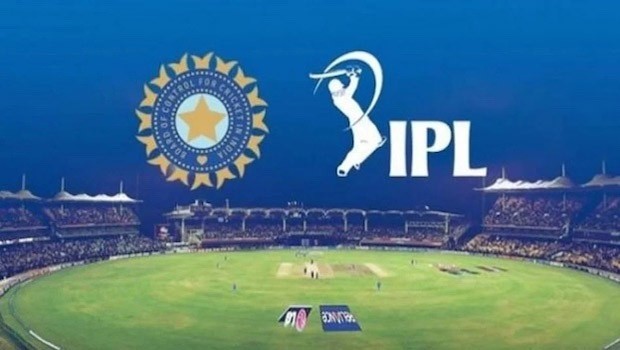 The competition to grab the TV and digital broadcasting rights for the five-year-long period starting 2023 is likely to heat up as the BCCI might rake in close to Rs 20,000 crore, as against Rs 16,347 crore for the period between 2018 and 2022.

When Star India acquired the property in 2018, it paid an astounding amount of money for it and questions were raised as to what ROI would Star make on the property.

According to industry insiders, Star did make some strategic gains-especially in digital-but in terms of return on investment, it hasn't had too good a run.

For television, however, the bid is going to be more or less the same this time too.

The industry at large is expecting an eventful play at the IPL media rights bidding that might open anytime soon.

Many industry experts told BestMediaInfo.com that the broadcaster never recovers the money on the back of advertising.

“Equity, presence, distribution growth of the network, all those things put together starts bringing ROI,” said an expert. “The bigger point is sometimes some things are investments. For Star, it is also a marketing investment. Let’s put it this way, it’s the cost of doing business in India,” he added.

The number of players that are likely to compete is also going to increase this time. Let us take a look at the game for large TV and digital players.

The current Broadcaster, Star Sports, bagged the broadcasting rights of IPL in 2018 for INR 16,347 crore (TV and Digital).

There have been reports of Walt Disney scaling down its sports catalogue along with film studio and TV broadcasting wings in India. Does this mean that Disney+ Hotstar will give the event a miss this time?

If Star successfully retains its alliance with BCCI as IPL Broadcaster, there are chances that we see two broadcasters on ground this time. One for TV and another one for Digital.

When asked if Star could win the bid again, Vaishali Verma, CEO, Initiative India, said, “I hope Star retains it given that they’ve also invested a lot behind this property, in terms of adding a lot of regional feeds, which has made this property very accessible and it increased its reach. Like IPL never used to do well in Tamil Nadu because of traditional reasons, so they’ve added Tamil feed.”

The American multinational entered into LIVE cricket streaming space by partnering with New Zealand Cricket and winning the exclusive rights to livestream the international matches played by both men’s and women’s teams.

The move could be a warm-up exercise before Amazon Prime Video pitches for IPL.

Prime Video globally has a subscriber base of more than 200 million which can help it earn brownie points. An industry expert also confirmed that Amazon, as a group, is bidding.

“I am expecting a bid from Amazon also. Under Prime or whichever way, they want, but Amazon as a group is bidding for IPL,” the expert said.

When both the entertainment companies announced a merger, there were speculations of the duo pitching for IPL media rights.

But the facts on-ground make it look like a far-fetched dream.

After the merger was announced in December 2021, Zee MD and CEO Punit Goenka had said that the combined board will take any call on IPL bid. Given that the formation of combined board may take months, owing to regulatory and shareholders’ approval, it is unlikely that both the players will bid combinedly.

As per a senior industry expert, “Looking at the P&L of Sony and Zee, together, they look as the weakest contestants. They need to play a game out of their skin to really win this.”

Industry leaders expect Facebook to be a leading contender this time. The company was the largest bidder for digital rights last year.

“Nothing stops Facebook from coming back to the game and going for the bid. Facebook lost the last auction by a very low margin. It’s a completely open game. And once both Facebook and Amazon enter the bid, their pockets are much deeper compared to any of the Indian broadcasters,” said a media observer recalling the 2017 auction.

With Viacom18 winning the multi-year, exclusive, TV and digital rights for Abu Dhabi T10 in 2021, people in the sports circles consider the Mukesh Ambani-led Reliance Industries to be a strong contender.

“Jio has been eying it for a very long time. So, Viacom + Jio is a perfect combination and now that it’s the same company – Reliance,” mentions a source aware of the development.

To which Verma adds, “Viacom18 is very aggressive, so I won’t be surprised. In fact, I’d say Viacom18 and Star will be at loggerheads to get it.”