Truth vs Hype: Did Hathway actually remove NDTV from its popular packs?

NDTV has alleged that Hathway removed the channel from its popular packs to prevent its content from reaching the masses. Hathway has denied any such move, saying the channel is available to subscribers if they choose to watch it 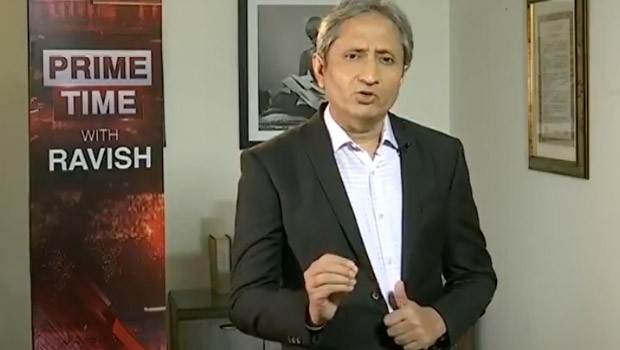 The broadcaster said that Hathway deliberately removed the channel from its packs to prevent its content from reaching the masses.

The allegations by NDTV and its top anchor Ravish Kumar have caused a lot of stir on social media. So much so that Hathway was trolled by thousands of users on Twitter. Some even claimed political bias, claiming that NDTV India was being targeted because of its not-so-favourable coverage of the Modi government.

This was a rare occasion when a popular news channel had accused a cable operator of hatching a conspiracy and playing favourites.

The instance has also put the focus on the relationship broadcasters share with top cable operators.

BestMediaInfo.com reached out to industry experts to understand the matter and if NDTV's claims are true.

How channel packs are created by operators

According to a leading distributor, every multi-system operator or MSO is mandated to offer 200 FTA channels, including mandatory channels from Doordarshan, at a network capacity fee of Rs 130.

Beyond this, every MSO creates multiple bouquets technically referred as ‘Base Pack’, Base+1, Base+2 and so on. These bouquets include mandatory free-to-air channels, plus a few popular pay channels perceived to be USPs to sell the bouquets.

Each MSO has its own base pack. Further, which channel will remain a part of the base pack and which will not, totally depends on MSOs. A distribution expert says that MSOs generally make this decision on the basis of various factors such as high demand from their subscribers, carriage fees, pricing, discounts and offers available on the pack. Addition or removal of any channel from a pack is a normal practice on the part of MSOs’ operations. It is nothing to do with liking or disliking any particular channel.

Leading distributors explained that the base packs are suggestive packs, planned on what consumers are watching. If consumers feel that any channel is missing from their base pack, they can simply call their cable operator and buy the channel. At the same time, consumers are free to buy whatever channel they want. If they want only one channel, they’re free to do that.

Was NDTV India removed by Hathway?

Experts said that NDTV is a pay channel, and thus it cannot have a say on the positioning of the channel within any base pack unless any distribution deal has fallen off with any MSO.

In the case of Hathway allegedly removing NDTV India from its so-called popular pack, ground reports do not support this fact.

However, when BestMediaInfo.com visited a link tweeted by Hathway, NDTV India was available in the Hathway Bouquet’s Super Value Pack in Maharashtra region, which is the only bouquet being offered by the distributor in that region.

In Delhi, Haryana, Uttar Pradesh, MP and other regions, NDTV India was available in Platinum pack.

An industry observer told BestMediaInfo.com that NDTV might have some information about shifting of NDTV India in some pockets but that would be 3-4% on a national level, if we go by the information of their packs available in public domain.

When BestMediaInfo.com reached out to sources in the channel, it was found that the entire controversy was created because a section in the channel either does not understand the functioning of the broadcasting distribution system or they used this matter to settle political scores by misleading subscribers.

Mohan Shankar, Vice-President & Head Business Operations, TV & OTT, is said to have left the channel. He was the one who used to handle the operations part. So once the person in-charge was gone, the top brass of the channel didn't know if they were really removed or there was any realignment in the packs by Hathway. “Instead of clarifying it with Hathway, they saw it as some conspiracy against the channel and as a knee-jerk reaction, blew the issue out of proportion," said a broadcasting industry insider, adding the instance reflects very poorly on the journalistic ethics of the channel.

So if the channel wasn't removed by Hathway, why did NDTV and its top anchor decided to go on air with 'fake news’?

When BestMediaInfo.com reached out to channel's senior leader Suparna Singh on why they made the allegations against the cable operator if the channel was not exactly removed, she declined to comment.

She did not comment on the Twitter campaign the channel and its top anchor initiated against Hathway without putting full facts in the public domain.

Hathway has clarified its position on the matter.

“The NDTV News channel is available for all Hathway Subscribers. Our customers can easily subscribe to the channel as per their requirements,” Hathway said in a tweet.

Information in Public Interest:
The NDTV News channel is available for all Hathway Subscribers. Our customers can easily subscribe to the channel as per their requirements. Visit our website to know more https://t.co/dhSbAUfDmU #HathwayCabletv

What the NDTV video said

A video featuring Ravish Kumar claimed that the channel was removed by Hathway Cable TV from some of its popular channel packs. The video in question was aired by NDTV during its prime time show. Later the same video was posted on NDTV’s Twitter handle. Kumar and Suparna Singh of NDTV tweeted from their personal Twitter handles, saying NDTV’s team was in talks with Hathway to resolve the matter.

In this 1.38-minute video, Ravish Kumar is seen accusing Hathway for removing NDTV from some of the popular channel packs. Kumar claimed, “Hathway has done it to prevent NDTV’s content from reaching the masses.”

.@ndtvindia has been removed by @HathwayCableTV from some popular packs. Watch Ravish Kumar's message to our viewers. pic.twitter.com/hTpZVTzch8

“The removal of NDTV from Hathway channel packs is a part of a big conspiracy to side-line the channel and not let its content reach the audience,” he said. Further, he also said that he, along with his team, works relentlessly to produce news.

Kumar also took a dig at other news channels, calling them “Godi Media”