Before this, Pandya was Head of Digital and Media at L’Oréal. He also used to head The Indian Society of Advertisers 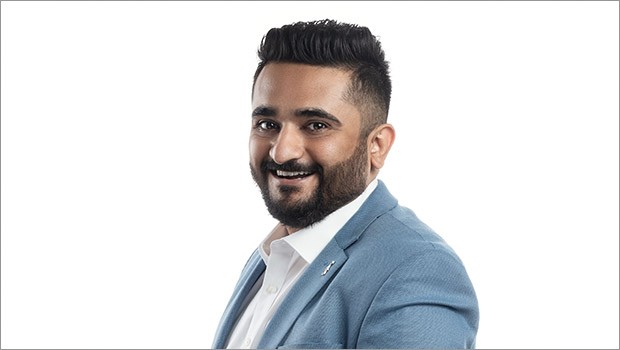 Pyxis One, a start-up providing AI infrastructure for marketing, has announced the appointment of Neel Pandya as the new chief executive officer of its APAC business. Shubham Mishra, who helmed Pyxis One as CEO since its inception in 2018, will take on the role of global CEO.

Pandya comes with global experience and an understanding of the APAC regions. He has joined Pyxis One from Loreal, where he performed as the youngest head of media and digital. Pandya used to head one of India’s largest media forums, The Indian Society of Advertisers. Pandya’s next move after Loreal has been highly anticipated in the industry.

In his new role, Pandya will take over the APAC business to strategise and expand operations to manage and navigate Pyxis in APAC. Pandya’s expertise will help Pyxis enhance current processes and protocols to build the future roadmap for the APAC region. He will also play a pivotal role in ramping up hiring for Pyxis One across departments which include marketing, sales, and operations. He will also be spearheading an initiative to build a community of AI experts within Pyxis. The initiative will include hiring the best data scientists and AI tech experts, across APAC and North America. Pyxis is looking at boosting their hiring by 30% under Pandya’s leadership, this year.

Pandya shared, “It’s an exciting time for AI and I am beyond thrilled to be joining as the CEO of Pyxis One. I have been closely following the growth of Pyxis, and I must admit, it is one of the few start-ups that is growing rapidly in a short span of time. It’s going to be a positively challenging position as Pyxis makes its mark across the global landscape and APAC operations begin to ramp up multi-fold.”

Pandya’s extensive experience in the FMCG, telecom marketing and advertising industry, along with his vast experience in media, will be vital for the growth story of Pyxis One. Pandya’s immediate focus will be to build strong partnerships for product integration and distribution, driving significant growth across the APAC region. He will also be responsible for building a strong growth process to scale rapid expansion for Pyxis One, and sketch immediate product enhancements and long-term features with high impact, for the company.

Mishra said, “Neel is one of the sharpest minds our country has. He sees and believes that AI infrastructure for marketing is all set to transform the way we approach business growth itself. We have started expanding into the Americas and Europe faster than we expected and having Neel with us will make our expansion efforts a lot smoother.”

Founded in 2018 by BITs Pilani alumni, Shubham Mishra, Vrushali Prasade and Harikrishna Valiyath, Pyxis One provides brands with AI infrastructure for marketing. With a strong existing clientele in India, the fast-growing start-up is making rapid headway in the United States and Europe regions. The rapidly growing AI start-up is backed by strong investors that include Chirate Ventures, pi Ventures, and Exfinity Venture Partners.

Tags: Neel Pandya Pyxis One
Advertisment
More from this section