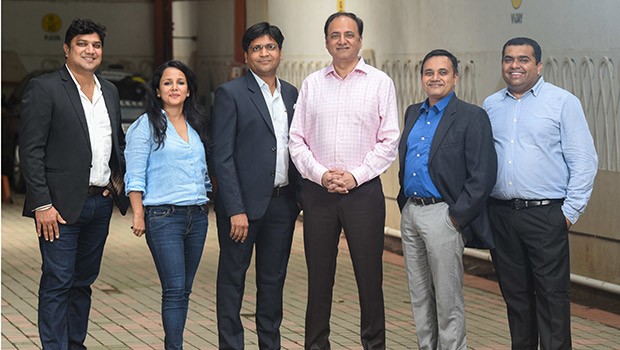 Azaad said in a press statement that it represents a strong belief in the 'Power of Engaged Connections' with its stakeholders. “With its premise being 'People First. Rural First: the building block of the brand Azaad has been to service a 'Latent Demand' of an Underserved Audience Segment with a Huge Untapped Opportunity. Currently, the channel has select hand-picked syndicated family entertainment, all localized in Hindi. It will also soon launch its original slate that will encompass the rural person's entertainment needs with relevant and relatable narratives,” the channel said.

Ranga said, "We are working towards fostering a new culture of doing business in the media and entertainment industry and creating a 'People-Centric' model. Our aim is to cultivate an inclusive strategy considering audiences in rural India as a part of our growth plans. Since creativity has an expiry date, we are constantly searching for the next successful idea leading to tremendous wastage. While our new model of Consumer Specific Entertainment Channel is focused and is not dependent on any new creative formula. We believe that it's time to transition from a creative-centric model to a consumer-centric one.

"Our model is not about having deep pockets, it's all about the deep understanding that we have of the rural person's emotions, aspirations and entertainment needs. The rural viewer is often confused as a free viewer and are completely ignored, but they are actually a mindset and we would like to capture their thought process. Beginnen Media's flagship brand, Azaad is just the first small step in creating a premium people specific product for the rural person. We consider  Azaad as premium as it means superior thought, clarity in vision and it does not mean high cost or spectacular imagery. In the first year of Azaad, we want to create a niche in this super mass category of rural audiences. The content will clearly be created based on what the rural consumer wants to see and not what we would like them to see.”

Beginnen Media also announced its leadership team with executives who add deep experience across verticals to further strengthen the organization's ability to develop more personalized experiences with new and existing audiences who have a rural mindset. Their work will support the momentum that the company is already experiencing in its launch phase and is expected to create future vectors of growth. The five-member core leadership team includes Mohan Gopinath as Director - Project and Operations, Doris Dey as General Manager- Product, Rachin Khanijo as Chief Marketing Officer, Johnson Jain as Chief Revenue Officer and Dinesh Bhutra as Chief Financial Officer.

Speaking about the team, Ranga said, "There are some talented jewels who are a part of my team. I am very proud of them. Some have worked with me for over a year and the rest have joined about six months ago and are doing a brilliant job.”

"The first person to join me on this journey was also a part of our promoter team in my entrepreneurial journey. Mohan Gopinath first worked with me when he was heading Zee Cinema cluster and later, we launched the Bengali movie channel, Amaar Cinema, the sales entity, Screenmax Media and he has led several independent projects to successes. He is our Director - Project & Operations,” said Ranga.

Gopinath is a media and broadcast veteran with nearly 25 years of work experience. In his 18  years stint with Zee Entertainment Enterprises Limited, he has covered the entire spectrum of functions ranging from sales, marketing, distribution, content, acquisition along with the P&L responsibility of all brands that he led including ZEE Cinema and Essel Vision Productions Ltd. He turned entrepreneur and co-created Bhu Entertainment in 2015. This entity handled Sales, Film marketing and promotion and Distribution across the various platforms in India and internationally. He was also a content catalyst for two leading production houses and successfully helped Viacom launch its first movie channel, Rishtey Cineplex.

Gopinath said, "The media environment is changing rapidly and despite a plethora of content options, none are focusing on the Rural segment. Azaad comes with a beacon of hope, awareness and positivity to cater to the Rural Mindset in the quest for a better tomorrow:'

"Then we have the 'Architect' of our model who understood what our consumer with a rural mindset would like to watch and is then creating shows for them. Doris Dey is General Manager - Product. She's a brilliant, creative mind who has worked closely with Ekta Kapoor at Balaji Telefilms. She conceived and created some great shows like Bhabhiji Ghar Pe Hai at &TV. Here, she drives original and curated content that we've got after consistent research,” added Ranga.

Dey said," Rural India is the real India. Our focus is to create stories of hope and aspiration that resonate with them but are not divided by artificial boundaries of class, caste, religion and geography. We are consumer-driven, cost-effective and innovative as a brand that will challenge and change the way we do content-business."

"Then there's consumer marketing and brand Azaad, distribution, research and On-Air-Promotions. Our Chief Marketing Officer Rachin Khanijo was a part of the team that launched Colors, Head-Marketing at &TV, he had also worked at Eros and an EdTech firm when I asked him to join us. Creative people work better with observation. All of them have gone through extensive rural orientation with me as they have worked creating urban focussed channels and this was their first op•portunity to set up a rural brand,” said Ranga.

With Marketing, On-Air Promotions, Research, Corporate & Digital Communications, Public Relations & Distribution under his purview at Beginnen Media, Khanijo is a renowned media professional with over 17 years of extensive MarComm experience.  Over these years, he has worked with large organizations and start-ups in the Media & Entertainment industry, constructively providing strategic marketing impetus and direction to their growth plans.

Khanijo said, "I'm truly excited to be a part of the dream run of building 'Azaad - India's first premium Hindi entertainment channel: exclusively for the Rural Mindset. With People Centricity at the core and a strong belief in the Power of Engaged Connections with the Rural Person, brand Azaad aims to be a category creator. My endeavour is to constantly build a deeper understanding of the Rural people to attract, engage and establish connect with them. Further to build affinity, our approach is to place brand Azaad as One amongst them, reflecting their Dreams and Aspirations.”

"Our Chief Revenue Officer is Johnson Jain who comes from ZEE and is a young go-getter who has worked with me in his early years of his career when I was heading Sales at Zee. He's equally enthused about this model. He knows it's a genre that does not get the right yield currently but, he's taken up that challenge to help create our model and is driving our Ad revenues  &  digital revenues division,” Ranga said.

Having spent 19 of his 20 years of experience in the Media  & Entertainment industry, Johnson Jain specializes in Advertising Revenue and has worked in varied genres. After a Sales & Marketing course from NMIMS, he started his career with Doordarshan and has worked with leading media conglomerates including Zee Entertainment Enterprises Ltd., Sony Network (SET India) & 9x Group.

Jain said, "Backed with two decades of rich experience in the media industry, I'm excited to partner in achieving the vision of Azaad of being 'The First People Centric Channel'. My experience will play an integral role in shaping the revenue model for a new advertising category of  Rural and Free-To-Air which will take Azaad to the next level. Azaad will also uniquely offer a digital environ•ment in television by ensuring focused and captive audiences, a safe programmatic environment for brands and zero wastage in targeting audiences with the rural mindset.”

"We probably have the youngest Chief Financial Officer in our industry. Dinesh Bhutra is extremely brilliant, sharp and we needed someone to get this model right. Dinesh completely understood the finance angle of our model and also oversees Administration & Human Resources,” added Ranga.

Bhutra said, "I'm enthusiastic to join an organisation which has a vision of creating a business model in the television industry that is innovative. Azaad has unique strengths, a strong business model and I look forward to working with the team to execute on the company's priorities as we hope to create India's first rural entertainment channel.”