With an aim to increase its user base to 10 crore, the MPL is spending heavily on TV and digital during the IPL matches. In a conversation with BestMediaInfo.com, Abhishek Madhavan, SVP, Growth and Marketing, MPL, shares their growth strategy 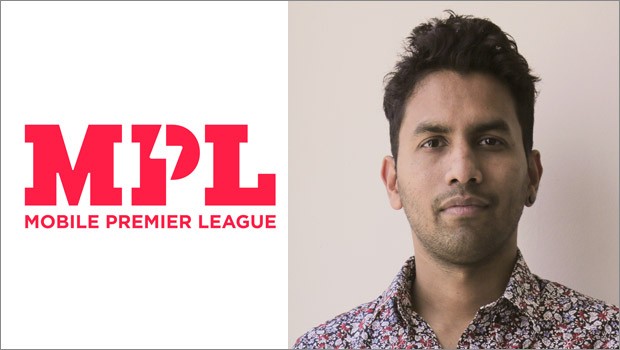 The e-gaming platform claims to have more than seven crore users at present.

The brand is spending heavily during the matches, both on TV and digital and acquiring other properties to create a surround sound for the campaign.

The brand is planning to spend more than 40% of its marketing budget on IPL as in the last season of IPL it saw the gaming app downloads increasing by 100%, compared to the previous season.

Abhishek Madhavan, SVP, Growth and Marketing, MPL, told BestMediaInfo.com that it will advertise on TV on IPL networks as well as on YouTube for its digital audience. It is releasing campaigns specifically around the IPL— for fantasy and games— as well as general campaigns about e-sports and skill-based mobile gaming to increase awareness about the sector.

Talking about the platform’s overall marketing strategy he said, “Our strategy is to have a well-distributed overall marketing approach via digital as well as conventional channels. Our TG is anyone using a smartphone in India and hence, our focus is on mobile marketing because it is a huge market and is bound to increase with internet and smartphone penetration increasing rapidly. Television is equally important as it helps us reach our masses. So an integrated approach with TV and digital has worked for us.”

He added, “We are focusing on a campaign where our core USPs are communicated in a lucid, creative manner to our audience. This has worked very well for us in the past editions of the IPL — 2019 and 2020 — and we will release special campaigns made for the IPL with a sound surround plan. This presents a fantastic opportunity for brands like us to market themselves and grab eyeballs.”

With the IPL, its goal is to take the brand to the masses. During the short term, it looks at onboarding new users and retaining old users as a successful ROI. However, he added that the brand’s associations with IPL teams such as KKR and RCB are a long-term investment that will ensure that the brand gets and sustains a great recall value in the country as well as abroad. It has renewed its partnership with KKR and RCB for a period of two years.

“Both the teams have some stellar players and the teams compete to win, which is what MPL is all about as well, so it is the perfect marriage that will help us take our brand to more users. RCB and KKR are among the most-watched and followed IPL teams and being on their kits along with our other engagement activities will help us reach our target audiences across the country,” he said.

Being on the front of the KKR jersey, he believes, gives the brand a lot of visibility and salience.

He shared how during the last IPL the number of daily app installs increased by 100% compared to pre-IPL times.

He added, “We have seen a steady increase in the number of games played on our platform, with some of our popular titles seeing a 400% uptick in 2020. We have 60+ games on the platform, and as we add more users and onboard new games, it is rewarding to see our users actively engage with our offerings.”

It is also coming up with celeb meet-and-greets planned for its gamers and fantasy users as well as in-app engagement.

Talking about how the advertising spends and prospects for e-sports have increased, he said a lot of young startups sponsor properties like IPL and partner with teams. Also, a lot of celebrities endorse brands in the online gaming and e-sports space and he expects it to continue too, as it is a sunrise sector industry and getting a celebrity to endorse the brand helps one cut through the clutter and reach the masses.

To penetrate this concept of e-sports into deeper rural regions, he said that with cheap and fast mobile data, and gaming titles and apps for mobile devices, users have all the means necessary to explore gaming.

“We are now present in over 5,200 cities and towns and we look at e-sports as a way to bridge the gap between the opportunities in bigger cities and smaller towns. There is quite some room for internet and smartphone penetration in rural areas, but you will only see both increasing in the near future. Hence, as that increases, so will the growth of e-sports,” he added.

MPL hopes to become a brand that is easily recognised by the masses across the country and onboard new users as well as increase the engagement of existing users on the platform. Therefore, Madhavan said it is on the lookout for media properties to partner with.

The gaming and e-sports sector in India is witnessing growth and has been proliferating at a rapid pace. With the easy availability and accessibility of the internet, the online gaming industry is booming. Madhavan said this concept is quite famous now, especially in the millennial and gen Z generation. India has around 300-400 million gamers alone, making it one of the preferable markets to invest.

The Indian e-sports audience for competitive gaming tournaments already reached 17 million last year versus six million in 2017. The aggregate value of e-sports start-ups in India reached $68 million in the financial year 2020 and the industry is expected to grow by a CAGR of 36% in the next three years, he said.