Commentary: Why is TRAI silent on DD Free Dish monopoly, which is killing the news genre?

The regulator played a role of mute spectator as news channels shelled out exorbitant prices to grab a year-long slot on the free-to-air distribution platform. Why is it not putting a cap on Free Dish pricing as it did with channels’ MRP? 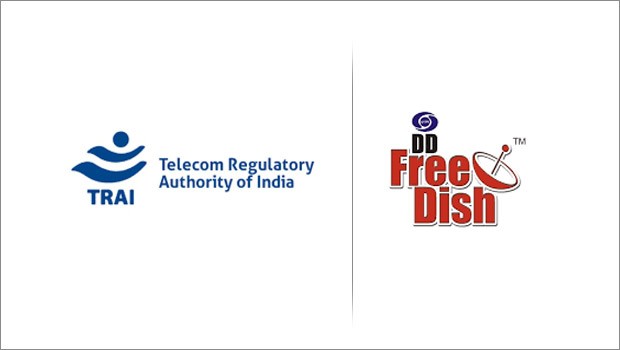 What happened during the recently concluded e-auction of DD Free Dish for the news genre, where channels shelled out exorbitant prices to grab a year-long slot on the free-to-air distribution platform, is no less than “shooting themselves in the foot”.

Of course, it is their own money and they can spend it the way they want, but it has to be talked about if this is going to harm the industry as a whole.

DD Free Dish, owned by the government, does not require the consumer to pay a monthly subscription fee. The channels being broadcast are free for the viewer. The Free Dish claims to have 15% share in terms of number of households, roughly about 25-30 million homes, mostly bottom-of-the-pyramid users from rural India.

On the other hand, India’s largest premium DTH platform Tata Sky has 23 million subscribers, according to latest data released by TRAI.

News broadcasters know that being on Free Dish is important to have significant numbers in BARC ratings, which translates into advertising revenues. Realising this aspect, a few of them bought the slots in the excess of Rs 20 crore.

The same broadcasters fight with Tata Sky to pay even Rs 5-6 crore for audiences with far more buying capacity than Free Dish.

One can always argue that the fierce competition in the private DTH sector is holding the rates while DD Free Dish has the monopoly and no broadcaster can afford to miss any large platform, which can sabotage their ranking in the pecking order.

Now, where is TRAI, which has been driving its policies for years in the name of curbing monopolies in the broadcast sector, be it NTO, keeping the monopoly of big 4-5 broadcasters at the centre, or its recent recommendations on BARC India, again, centred around monopoly.

Why is TRAI silent and not putting a cap on Free Dish pricing as they did with the channels’ MRP?

Isn’t the uncontrolled bidding reviving the carriage and placement menace in the industry?

BestMediaInfo.com over the years has analysed and pointed out the disproportionate weightage given to Free Dish in sampling, which in some cases drives more than 50% of the entire viewership of many channels. Now, consider this. What will happen if a platform with 15% share delivers more than 50-60% of viewership for certain channels? Don’t you think it is these channels who bought the current slot at such a high price?

Why is TRAI not asking BARC India to reveal the weightage of Free Dish in BARC ratings and ask the rating agency to keep the weightage around 15%?

Coming back to the news channels mostly operating in a cut-throat competition, does it make business sense for them to pay such exorbitant prices to reach out to the 15% audience, which may not even make a lot of sense to the advertiser because of their low consumption and disposable incomes?

For the remaining 85% audience, channels pay a distribution fee in the range of Rs 40 crore. This includes Sec A audience, which has a higher disposable income, and all advertisers pay high rates to news channels to reach out to this audience.

Now in the current environment where the revenues have fallen majorly and costs have been reduced to minimise the impact, one fears that such a mindless buy may come at the cost of news quality.

While a few channels allege that the price escalation was caused because the government did not open all slots at one go as initially only five were opened and all channels competed for them, the government claims it is up to news channels to decide what price to pay and the auction was held as per the laid-down norms.

Prasar Bharati CEO Shashi Shekhar Vempati told BestMediaInfo.com, “eAuctions are based on a documented policy and methodology. This methodology has not changed. Same methodology has been followed year after year including this year.”

He added, “The DD FreeDish eAuctions are based on a policy, which is in the public domain, with the approval of Prasar Bharati and the consent of the government. The policy has been the same since 2019. This is the third eAuction to be conducted based on that policy.”

Now that the government claims that all rules were followed, and the channels were not blind-sighted, the onus is back on the news channels.

If they feel that prices were escalated artificially, all of them should come together and surrender their slots. The government will be left with no option but to re-auction.

And in that case, the channels could be more mindful in their bidding and not ruin the business case for the industry as whole.