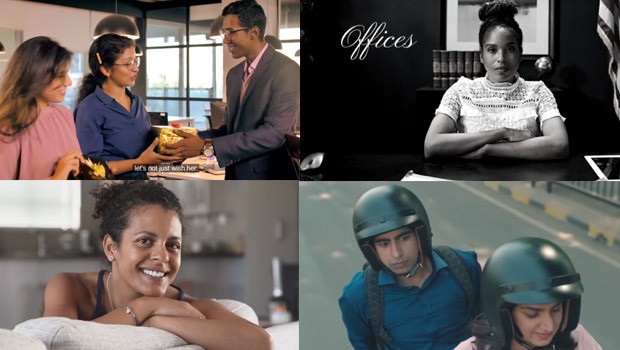 Brands leave no occasion unused to connect with consumers and International Women’s Day is just one of them. But standing out among a plethora of messages is no easy feat. BestMediaInfo lists a few Women’s Day campaigns that caught our attention and have the potential of making a mark.

The campaign urges every person irrespective of their gender, culture, ability and orientation, to first challenge the deeply wired biases and stereotypes within themselves, before asking others to do so externally. Ultimately, changing and creating a beautiful equal world. The film captures women from different walks of life and in different roles such as corporate office executives to male-dominant technical areas, from women on the wheelchair to work or working mothers with a kid on her lap. The film is conceptualised and executed by Creativeland Asia.

LinkedIn has launched its first global integrated campaign for International Women’s Day 2021 with creators, content and community at its heart. The campaign sees LinkedIn bring together influencers and its community to share content that helps and supports women, creating global engagement across the platform. The campaign features stories of seven women professionals from seven countries from varied industries, who share their pandemic story and talk about a woman in their network who supported and inspired them throughout the crisis. From India, the campaign features pastry chef and entrepreneur Pooja Dhingra and her struggles as a business owner in the pandemic. In the video, she shares how she was forced to shut down a large part of her pastry business and let go of her staff due to the pandemic.

Honda Cars India has released a video across all its social media channels, saluting women who are driving many things in their own worlds. Conceptualised and executed by Taproot Dentsu India, the one-minute-long film shows a montage of stunning black and white photographs that show women in the middle of the action, taking charge and leading the course of things. The film shows a woman coaching a man in a board room, a woman conducting an orchestra, a businesswoman working alone in a big glass cabin, a woman teaching a child, a woman working in overalls, a rock star kind of a woman on stage standing up for a cause, a woman giving an interview and a woman innovating with tech. Each photograph is captioned with titles like opinions, culture, offices, economy, conversations and causes. The film ends with the line, ‘We love the way you are driving more than just cars’.

Haier, through a short video, emphasises the role women play daily to challenge stereotypes, fight bias and create a world with more dignity and broader opportunities for all. In line with its motto of ‘Inspired Living’, the company aims at disproving the age-long belief that women are responsible for daily chores in a household. The short film captures the smiling faces of women – our mothers, wives, sisters, and daughters with a background voice-over of different male figures in their lives, taking responsibility for the daily work these women do in their households, on the occasion of Women’s Day. The film goes on to question why equality exists only for one day. Instead, women should be treated as equals throughout the year. Through this short video, Haier wants to shatter the gender bias and issues that are hindering our move to create an equal world for all.  The short film is conceptualised and created in collaboration with Famous Innovations.

Days ahead of International Women’s Day, netizens noticed peculiar tweets with the names of Indian masalas — Pepper, Elaichi, Dal Chini — on their Twitter and Instagram feeds. Hours later, Swiggy India announced the launch of the campaign aimed to bring about a change in the objectionable images of women that pop up when one searches for the term ‘Desi Masala’. ‘Desi Masala’ should ideally bring to mind images of spices. However, the internet has a different story to tell and unfortunately, is inundated with unsavoury images of women, tagged demeaning captions such as ‘Hot Desi Masala’ and ‘Desi Masala Girl’. As a result, an unsuspecting query to find out about the flavours of India is corrupted by the unruly preferences of certain section online users. To commemorate this Women’s Day, Swiggy is urging netizens to flood the internet with posts and pictures tagging authentic Indian spices on websites, blogs, forums, and social media platforms that will help get rid of the lurid connotation that currently exists.

Ceat has released a digital video that highlights the need for change in the mindset of society on how it perceives women and their abilities.  The video showcases a young woman who is ready to get on her bike. She notices her male colleague struggling to find an auto and offers him a ride home, which he initially declines, not trusting a girl’s capability to ride safe. After being confronted by the young woman, he reluctantly agrees to a pillion ride. During the ride, his confidence builds up, as he notices the girl riding confidently. He initially holds his breath, but slowly lets go of it. In the final shot, the girl is seen riding freely with the guy, manoeuvring potholes deftly. The video ends with a call to action to encourage women to #UthaoSawalBadloKhayal.

The campaign is a series of three digital films that aim to start a conversation on the perceptions that determine how we recognise women even in 2021. It identifies the possibilities that shape an equal world.

The campaign urges women to come out of the male pronounced guardianship. Launched under the theme ‘No more in his name’, the video calls for women to come out of obscurity and take credit for their accomplishments. Aimed at encouraging the inherent entrepreneurial spirit of women, the campaign video features the real-life story of Rashmi Apte, an exemplary woman on the OkCredit platform. Rashmi built a business of homemade snacks, all on her own, and uses the OkCredit application to record credit transactions. During Diwali, Rashmi managed to sell 70-80 kg of savouries per day from her home kitchen.

Two of the most inspiring icons of Bollywood and Cricket, Taapsee Pannu and Mithali Raj, have come together to share the important message of challenging conventions on international women’s day. With Taapsee all geared up to play Mithali on the silver screen in Viacom18 Studio’s upcoming Shabaash Mithu, the duo collaborated to perform powerful prose penned by Priya Aven, writer of Shabaash Mithu. In this women’s day special video, Taapsee and Mithali are encouraging women from all walks of life to stand up, challenge the norm and take charge of their own stories.

The campaign aims to recognise the outstanding acts of courage and determination of women leaders and employees of the broadcasters’ distribution fraternity who have contributed to shaping a more equal future. The digital and mobile-led campaign is accompanied by a film created in 10 local languages – Hindi, Marathi, Gujarati, Bangla, Odia, Punjabi, Tamil, Telugu, Kannada and Malayalam, which was rolled out today across all Zee’s social media platforms. The film is an ode to the grit and perseverance of the women leaders of the distribution fraternity, who are a source of inspiration for the industry.

Goibibo has launched a digital film to celebrate those Indian women who have set out to explore the world while encouraging others to set themselves free from the burden of social mores. Conceptualised internally by the creative crew of Goibibo, the digital film features actor Vidya Balan. The film delivers a powerful message while maintaining a conversational tone in its narration and depicts real-life instances faced by women travellers often. From being judged for travelling solo, or for their choices or even clothes – Vidya talks about some of the challenges faced by women flyers and suggests redressal through wit and repartee. The film concludes with Vidya urging women to pursue their passion and breaking free from the unwritten rulebook for women travellers.

Malabar Gold & Diamonds’ Women’s Day film is directed by filmmaker Gautham Vasudev Menon tailored specifically for the Tamil Nadu market. The film celebrates the beauty and grace of the Tamil woman. The ad film differentiates itself with the use of vivid colours, authentic shoot locations, relatable day-to-day scenarios and subtle treatment for which Menon is known for. It also projects the cultural sensibilities and aesthetic nuances of Tamil women in such a way that the narrative cuts across linguistic barriers to become universal.