Shark Tank is not a niche show but a mass entertainer, says Ashish Golwalkar of SET 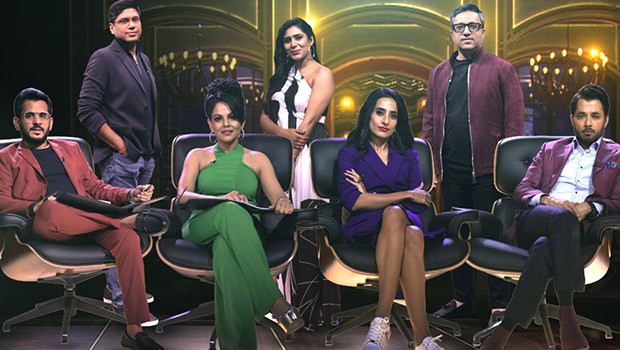 While the international editions of the show have been airing in India on English GECs. This is the first time that the format will debut on a Hindi GEC channel.

Ashish Golwalkar, Head, Content – Sony Entertainment Television and Digital Business, said, “We’re excited to bring to India, the critically acclaimed business reality show, ‘Shark Tank’, that has helped create several multi-million-dollar companies across geographies, over the years. This revolutionary show that celebrates entrepreneurship perfectly aligns with the current sentiments across the country and we feel that there couldn’t have been a better time to launch this show. Shark Tank India is an extremely relevant show for us and we believe that it has the potential to connect with the Indian audience as well.”

Shark Tank’s format allows aspiring entrepreneurs with interesting business ideas and propositions to have their pitches evaluated by the judges, known as Sharks in the show, with the intent to seek their investments and make them partners in their journey.

Golwalkar added that the journey for Shark Tank India actually started two-three years ago, but could not be executed because of the pandemic. However, now as things have started to stabilise, they wanted to do full justice to the format and have, hence, chosen to air it on prime time.

On the question of whether the Indian audience is ready for the format, Golwalkar said, “Entrepreneurship has always been there in India and the show will further motivate people to explore it.” He explained that although they have maintained the core format of the show what makes it different are the participants, where they are coming from, and their back stories.

Indranil Chakraborty, Head, Studio Next, which is Sony’s in-house production unit, said, the show is about the spirit of entrepreneurship. It not only supports the entrepreneurs but also offers guidance from the Sharks, and added that it will enhance the culture of innovation in the country. He stated Shark Tank adds on to their motto of creating entertaining yet meaningful shows.

Speaking about the channel’s content plans for the upcoming year, Golwalkar said that apart from a new season of India’s Got Talent, which is scheduled to launch in January, the channel is also planning to launch a cooking-based reality show in June.