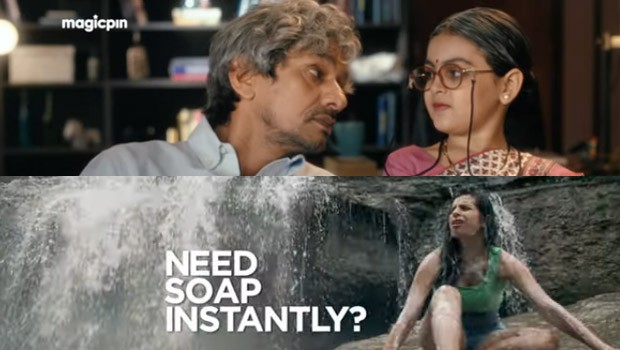 Rehashing or spoofing iconic ads is becoming a popular approach for many brands. Recently, Magicpin, a rewards/cashback and savings platform, came out with a spoof of Flipkart’s advertisement which showcased kids dressed as adults.

Swiggy Instamart has also taken a similar approach. The brand took cues from memorable campaigns, like ‘kya apke toothpaste me namak hai’, ‘Wah Taj’ and the ‘Liril waterfall ad’ and incorporated their own products to these ads.

However, while these ads might put a smile on the faces of the audience, is it a good approach for brands in the long run? 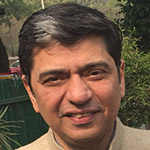 According to Santosh Desai, MD, and CEO, Futurebrands India, “Parodies of movies and TV shows have happened before and advertising is a part of the culture. As long as the audience is familiar with the source material, I don’t think there is anything wrong with it.”

On the other hand, another creative director said it represents a lack of creativity and lazy work.

Advertising veteran, Santosh Padhi, said that while brands are busy spoofing something iconic, they lose the opportunity of making something iconic themselves. “I sometimes think that when you don’t have a strategy or idea. The execution becomes the idea. Is it a great insight or is it a great idea? No. You are then building on a shortcut.”

He gave example of the spoofs of the famous Ramesh and Suresh ads (made originally for 5 Star), and said that instead of your own brand, you end up giving more mileage to the original duo and the ultimately the credits goes to 5 Star. 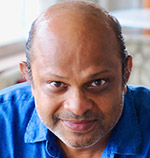 Speaking about how he feels about this approach, Agnello Dias aka Aggy, said, “I feel if a brand does it on its own previous campaign that’s fine. But if it’s one by another brand, one would have to look at how smartly it’s done or twisted around. Does it indicate a lack of creativity? In its worst avatar, it does reflect a bankruptcy of thought, but one can’t make a blanket judgment on all such ads. It depends on a case-to-case basis.”

Aggy added that a simple criterion would be that the new ad should work or engage with an audience that has not seen or does not remember the original work. If it works only and only on nostalgia or memory, that’s a big risk.

Nisha Singhania, Co-Founder, and Director, Infectious Advertising, however, stated that there is nothing wrong with spoofing an ad.  “It is a great idea because they have spoofed these iconic ads. Obviously, the earlier brands had spent a lot of money on establishing these ads and people remember them. These guys have now capitalized on that by creating a spoof. That obviously brings a laugh to people while giving their own message. I think it is a fun strategy and there is no harm in doing that,” she said.

Is spoofing an ad only a short-term tactical solution?

Experts say that while these ads might get a momentary smile on the audience’s faces, the approach seems to be a short-term solution.

Mukund Olety, CCO, VMLY&R, stated, “In the best-case scenario even if you pick the right ad and your idea does lend itself seamlessly to the execution, of course, it will add some kind of salience and memorability to that specific ad. However, I don't know how it will help in the long term when it comes to brand building. I think this is more tactical. I wouldn't call it lack of creativity but often, it seems like people are not pushing enough.”

He also said that on the other hand, when Cadbury recreated their iconic campaign earlier this year, they had a message to give. According to him, the Cadbury ad further added to the brand’s value.

On similar lines, Padhi said, Swiggy had a fantastic opportunity with their product, Swiggy Instamart. He said that if the ad was as powerful as the product, the brand would have had an opportunity to make a fresh new statement in terms of communication.

What are the things brands must be careful about while spoofing ads?

Experts suggest that a lot of things must be taken into consideration when brands want to go down this route. According to Desai, the popularity of the ad you are spoofing also matters. He said sometimes the joke might get bigger than the brand and can overshadow what the brand is eventually trying to say.

“People might even like your ad but there is always a fear of the joke overtaking and not having a real connection with your audience. Eventually, a parody works only when you are not insulting the former brand or the ad,” he said.

“Often what happens is that a lot of it is just an industry joke for the people inside that industry. So, you know the joke, I know the joke but does the common audience understand that?” Desai said.

“If you want to go down this spoofing route, you have to see that you pick the right ad, and is it relevant to your brand? Are you forcing the laugh, just because you came up with something funny?” Olety said.

Speaking about the pros and cons of this approach, Aggy said that spoofing piggybacks on a tested engagement, so if done smartly it gives a head start on cutting clutter. The obvious drawback is that if it does not register or the engagement quotient of the original ad itself no longer cuts ice in the current context. The biggest con, however, is that it might turn into an ‘insider-joke’ which only advertising connoisseurs get.