Produced by Ajay G Rai of Jar Pictures, Tabbar maps the journey of the Singh family and how their life takes a 360-degree turn after an unfortunate incident 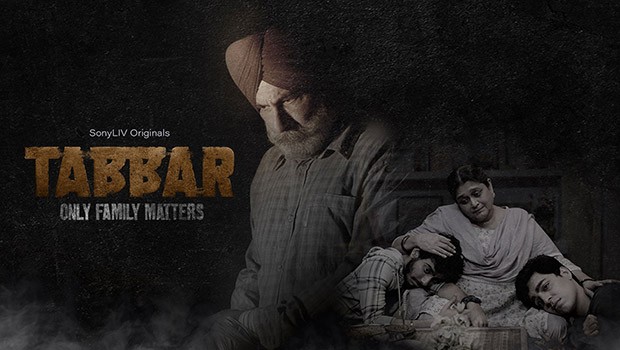 Produced by Ajay G Rai of Jar Pictures, Tabbar maps the journey of the Singh family and how their life takes a 360-degree turn after an unfortunate incident.

Ashish Golwalkar, Head-Content, Sony Entertainment Television, SonyLiv, Sony Pictures Networks India, said, “Tabbar is our third association with Jar Pictures and also a special one as it brings Supriya Pathak, Pavan Malhotra, producer Ajay G Rai, director Ajitpal Singh and singers Rekha Bhardwaj and Daler Mehndi under one roof. The story offers a great mix of talent, storytelling in a never-seen-before narrative. We are hopeful that like our previous offerings, Tabbar, will also reinstate our promise of bringing varied stories from the heartland of India alive. Tabbar is set in the backdrop of Punjab and we're sure our viewers will be glued to their screens.”

Ajay G Rai, Producer, Jar Pictures, commented, “We are excited to work with a partner who understands and respects a nuanced storyline and SonyLiv has proved to be one such platform. We are really excited to premiere Tabbar on SonyLiv. It is a strong narrative supported by an amazing cast and has been beautifully written by Harman Wadala and Sandeep Jain. With Ajitpal Singh as director, this gripping tale of the Singh family is something every family will connect with. I am certain that the complexities behind the characters will definitely keep the audience at the edge of their seats.

Ajitpal Singh, the Director, added, “I am thrilled to mark my digital journey with Tabbar launching on SonyLIV. The show is packed with intense emotions and depth of characters played by the best actors in the industry. OTT is definitely providing creators with a platform to explore different genres and narrative styles which can keep the audience glued to their screens. It has been great to collaborate with SonyLiv and JAR Pictures and bring this thrilling story to the audience.”