In an interaction with BestMediaInfo.com, Karan Abhishek Singh, CEO, Hindi News, News18 Network, talks about the network’s Hindi market channels, their growth and the new season of their marquee property Young Genius 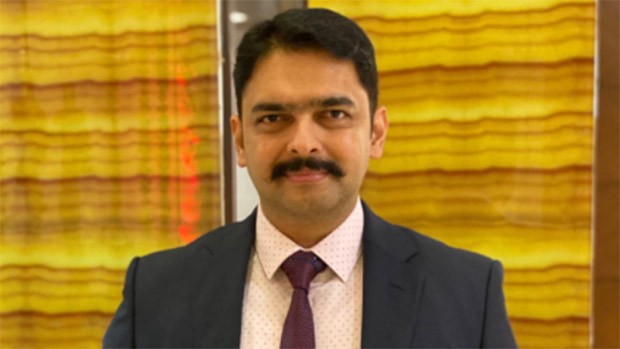 News18’s USP is its regional channels which enjoy strong equity and are seen as the voice of the people, says Karan Abhishek Singh, CEO, Hindi News, News18 Network, adding that the network’s flagship Hindi channel, News18 India, has been disruptive in the category with its smart content.

“News18 Bihar and Jharkhand got tremendous momentum during the Bihar elections and sustained its popularity ever since. News18 Uttar Pradesh is now gearing up for the Uttar Pradesh elections. News18 Rajasthan has historically had tremendous equity in the state. Even on News18 Urdu, the loyalty and the work we have been doing has been really endearing,” Singh said about the network’s Hindi category.

Speaking about advertising response, Singh said advertisers have an ample opportunity to engage with audiences of different types this year. “The fact that elections will directly follow the festive period is a boon for us. Especially it is a great thing for the news category. The elections are of high intensity and line up an extensive array of content and multiple show formats.”

“Given the high-profile nature of not only the UP elections, the viewership of the genre is likely to grow and stay at significantly higher levels for a few months. This is translating into a clear window of opportunities for advertisers of different sizes to engage,” he added.

Singh said big-impact properties such as the World Cup, IPL, Bigg Boss help increase advertiser base, and they deliver value to advertisers. “We have our robust programming line-up. We are excited about some of our work. I personally believe that when there is a frenzy of action and big-ticket items, it helps in expanding the advertiser base. More and more people participate in this period,” Singh explained.

Asked if there has been any change in the way advertisers are picking news channels in their plans, especially in the backdrop of BestMediaInfo.com’s initiative against toxic news content on news channels last year, he said, “As a network, we have always believed in balancing business and journalism; that has been our philosophy. That is the reason many organisations have chosen to engage with us repeatedly for the long term. The content environment, of course, has been the decision point for many brands to decide their media spends. Many brands may want to avoid overtly toxic content.”

“Fortunately for us, that has never been an issue on our network. We are known to be clear and impactful. Over the last year and a half, when the campaign you spoke about was on, we at News18 Network only saw the number of advertisers increase rapidly.”

Asked if the network’s flagship Hindi channel affects the viewership of their other channels in the HSM market, Singh said, “All our regional channels enjoy strong equity and run different campaigns and shows that are relevant to viewers. The national channel is mostly in the big picture of giving news and its message moves across the country.

“There is a role that the national channel plays, which is bringing news that is relevant from a national perspective. So I don’t think they affect each other’s viewership at all,” he said.

Singh said the organisation has been at the forefront of fighting the war against Covid and their measures to ensure the safety of their employees have set a benchmark in the industry.

“Being the network with the highest viewership, it was incumbent upon us to ensure that we provided the most accurate, and the most up-to-date information to viewers. We created multiple shows and bulletins to show necessary information and help viewers stay safe. Unfortunately, a lot of our colleagues had to bear the brunt of the virus's effects on themselves and their families. However, it was inspiring to see things getting done together and consistently without any gap in delivering news,” he added.

On suspension of ratings

According to Singh, the suspension of ratings has not affected them much. He said ratings have been the accepted currency across the industry, but they built historical legacies that guide the network’s thinking, which has not changed, whether ratings are present or not.

“We have continued to thrive even in the absence of ratings. We are a listed organisation. Our results speak for themselves. The currency obviously provides visibility to the efforts and therefore is big for everyone. We are engaged with all relevant industry bodies, and we will be ready for them as and when they resume.”

“I think it provides a great opportunity to provide diversified content. In the last year and a half, we have seen how the news genre expanded. We had families watching the news together. Kids became an important part of it. I think it is incumbent on the genre to make content that enables different sets of viewers to sample the product and watch it by appointment. From that perspective, I think we've been able to do a good job,” Singh said.

Byju’s, which had associated with the show in its first edition, continued to sponsor this edition. He said they have spread far and wide to reach smaller geographies and different corners of the country, to give representation to different talent categories.

“In the past, Byju’s was the exclusive partner. They are exclusive partners for season two, which will tell you how well the show did. More importantly, this is a big investment in bringing differentiated content to our viewers. Nothing has been tried or been done at this level before in the news genre. We are very proud of this,” he said.