How Tandoori Chicken is connected to Lakshmi Puja and FabIndia 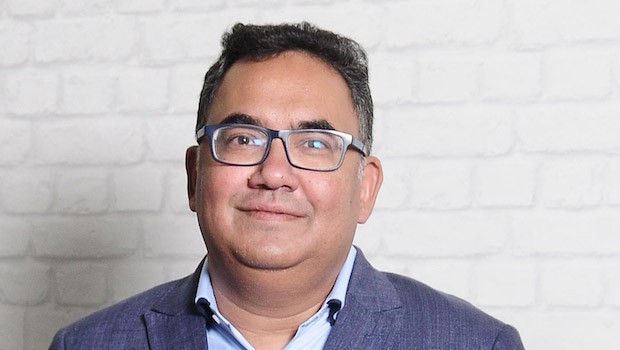 The answer lies rather surprisingly in the great Partition and the survival patterns of resettlers in 1947 and beyond. From a larger branding perspective, this uncanny association offers valuable insights about the two community brands, which bore its dire and direct burnt, the Punjabi and the Bengali, and indeed the entirety of India.

During my extended tenure in the NCR, I learnt that the tandoor is not just a conduit for digestive goodness but also was a symbol of solidarity for the refugees in North India. Historians amply confirm that the out-of-work men set up tandoori counters in evening markets, selling their wares, the know-how imported from their former homeland, and folks purchased as an active act of support. Over the early years of the new nation, this became a viable form of a supplementary income, enabling many to set up an active business or professional foundation. Old timers of the region confirm this fact with nostalgic abandon, as herein lies a tale of much despair and eventually hope.

The Kojaguri Lakshmi Puja, scheduled for today, was most interestingly a mirror gesture by the Bengalis displaced in the refugee camps, with a wish to regain lost prosperity. It was soon practised with much fervour by the 'Bangaals' across the region, folks with their origins in the country now no longer their home. This in fact became a leitmotif for their struggles and aspirations and only much later, did it turn out to be the all-encompassing Bengali festival that it surely is today. Once again, old timers confirm the significance of this ritual, practised primarily as an individual home event, escalated as per available means. So while the rest of India performs this Puja during Diwali, a post-Partition symbol became an abiding cultural facet of an entire community.

Now that the historical context must conclude, the behavioural context may well commence. This comparison between Tandoori chicken and Lakshmi Puja, otherwise strange bedfellows, is also a valuable distinction between the DNA of the Punjabis and the Bengalis, and their developmental roadmaps post the events of 1947. Deeply entrepreneurial in intent and spirit, the North Indian displaced person chose to confront the situation head-on, conjuring sources of revenue from innovative yet relevant enterprise. While the intellectual and romantic Bengali decided on a holy intermediary to restore equilibrium, worshipping her with flattering sincerity and thus wishing for divine largesse. This pattern has not shifted significantly over the years as their respective flight paths have adhered to the optimistic rituals of 1947.

It is now worthwhile to quickly step ahead to 2021 and the controversy over the FabIndia advertisement, for there is indeed a ritualistic connect. As a hyper-charged nation, blessed with cheap internet, demonstrates such high-voltage umbrage over the Urdu branding and unconventional visual representation, a certain cultural contextualisation is truly inevitable. Much of our festive symbolism derived a fresh reboot post-Partition and once again the North and East were at the forefront of thought leadership. In the East, the scars of the Partition were more emotional and economic than demographic and I have sufficient evidence of this fact, especially among the educated classes. While in the North, the death and destruction were rampant, as depicted in fact and fiction, and thus the obsession to hold on one's own, especially rituals, is way more obsessive. This duality defines the inclusivity quotient of mindsets and today's reaction to the Diwali branding is a continuing, albeit disturbing, legacy as certain parts of the country flow with their virulent tides.

On the tandoor, it must said that over the decades it has achieved a deeply secular identity, adorning palates across communities with much love and prolificity. While originating in Peshwar or thereabouts, it is now a symbol of happy unification, quite like the ubiquitous biryani and thus a pleasant inspiration for the nation. On the Kojaguri Lakshmi Puja, this too is an adhesive in its own right by breaking the Ghoti-Bangaal (West and East Bengal ethnicities) divide over the decades and forging a largely integrated Bengali identity, socio cultural and political. True to the essence of West Bengal, its ethos touches every community like the Durga Pujas and the often elusive desire for affluence ensure that even hardcore carnivores stick to pious vegetarian fare.

On FabIndia though, the prejudice is rather startling but I do get the context of comforting symbolism, which is truthfully unconnected to religion, especially in such a difficult post-Covid scenario. The entire nation is itching for the restoration of normalcy and tempers are naturally frayed, and predictably the appetite for cultural innovation (especially North India) is much reduced, wishfully temporarily. So in the interests of business this was an ill-advised move and what was even more disappointing was the uncourageous volte-face of the management, denying the very existential of the range as opposed to offering a sincere explanation.

The events of 1947 still bear deep rooted impact on the living of today and the nuances are equally cultural and behavioural. Both the Tandoori Chicken and Lakshmi Puja turned out be unpredictable bridges but FabIndia once again exposed the innate vulnerabilities of our diverse constituencies. Where the comfort of time tested familiarity clearly overwhelms the appetite for risk, be it for apparel or opinion.