The platforms told BestMediaInfo that content related to fantasy cricket is helping them reach users, and drive engagements. They explain how besides TV and OTT, platforms such as YouTube and Telegram are reaping greater ROI for newer player

Fantasy platforms are spending advertising dollars on the Indian Premier League (IPL) via aggressive marketing tactics to woo new users and retain existing ones, and this cuts across not only established players such as Dream11 and Mobile Premier League (MPL) but new emerging names too.

The players have launched high-decibel IPL campaigns and looking at acquiring 3x of their current user bases through the league.

MPL, which claims to have more than 70 million users in India, is looking to add another 30 million by the end of IPL. Dream11 is focusing acquiring new customers among sports fans, driving engagement with its existing users and retaining its market leadership.

Prateek Gupta, Founder, India Fantasy, said the platform increased its ad spends to almost 70% in IPL as compared to the non-IPL season.

“The reason is very straightforward; we can grab as many cricket audiences as we can during the IPL season, as the number of people following this league is way too large. As far as our strategy is concerned, we are trying to produce more and more content related to fantasy cricket across all our platforms, which helps us reach as many users either organically or inorganically,” he said.

Its spoof content around IPL 2021 is not only catching eyeballs but also drawing high engagement for the brand:

MPL too is looking at over 40% of its total marketing budget on IPL. Besides partnerships with KKR and RCB, the platform is advertising on TV and YouTube during the tournament.

Other than its ‘HaiAkalKheloMPL’ campaign, which has seven films and has already gone live on television and digital channels (in May), it is creating a lot of interesting digital content and contests for viewers around the league.

Dream11 too has launched a set of new campaigns, which are being promoted during the ongoing IPL.

While these players have launched a clutch of campaigns featuring Bollywood actors or cricketers to acquire new users and retain existing ones to grab market share, FanFight too is focusing more on retention and reactivation of its existing users. 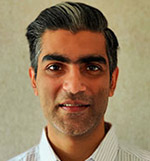 However, it will spend more through performance channels. A lot more focus will be given on experience, said Akhil Suhag, Founder and CEO, FanFight.

The IPL season is the most popular for fantasy sports platforms. Everybody is doing different things to get some share of that pie, said Hari Narayan, Founder, SportzXchange.

“The major share does go out to larger players like Dream11 and My11circle, which have gone ahead and done substantial advertisements on OTT, TV etc. We have taken the Telegram marketing route. Telegram and YT channels are now very popular for connecting with active fantasy sports users. There are a lot of YT and Telegram influencers whose daily bread and butter comes from only engaging with their followers and providing insights of every match. More than 50% of our total ad spends are invested on this front. We are doing a fair amount of digital marketing too. We did increase our investments during IPL, especially for influencers on Telegram. Our spending from April till now was limited but suddenly due to the IPL, we are spending more. The whole category is spending a lot since IPL is a hot season. But not every platform is spending alike, some might have funding limitations, etc.,” he added.

Currently, it is advertising more from a user acquisition and brand awareness viewpoint and is focusing on building its user base, getting traffic and eyeballs.

IPL is known to be one of the most followed cricket leagues in the world. The increase in viewership drives users to play on fantasy platforms. “They want tips, predictions, stats related to teams and players and keep looking for sources that can help them win money on these fantasy platforms,” said Gupta.

India Fantasy helps cricket fans and fantasy players with all such requirements. “They can get all the information from our platform, which helps them to make good team combinations and win a good amount of money during this season,” Gupta said.

During the league, not only is the competition in the fantasy cricket market very high, but also the ad rates.

For instance, he said, “Let’s take Google ads as an advertising platform. Before IPL, the cost per 1000 impressions (CPM) on our YouTube video was Rs 90-105, but during IPL it is almost 10x more than that, i.e Rs 1000-1200. This becomes costly when we want to reach a specific cricket audience during this cricket season.”

Suhag said competition pressure pushes up these ad rates for the platforms, which are consistently high as they usually are.

Platforms expect at least 2x growth on the back of IPL

India Fantasy is expecting more than 2x growth on its various platforms.

Gupta said, “During the first leg of IPL, we used to have more than 80K daily visitors on our website. In this second leg, we’re expecting 2x numbers from this as the tournament is now moving into its last stage and excitement will be at its peak among the fantasy players.”

A lot of fantasy cricket brands are also advertising more on its platform now.

“Currently, Khiladi Adda and Fantasy Akhada are the two brands that are advertising on our platform. We are running their campaign on multiple platforms, including Telegram, YouTube channels, social media, and on our website,” he said.

SportzXchange is planning to acquire two-three times more users on the back of the IPL. It had launched its beta version last year while the fuller version came out in April 2021, just before IPL was postponed. 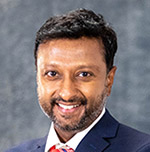 Narayan said, “Our platform in many ways is very unique. We offer whatever other guys are offering, plus we have a different version called the 3X fantasy which users seem to love. That particular version isn’t available anywhere else. We witness a lot of engagement happening there. This is our strategy for retention. We are planning to acquire two-three times more users on the back of the IPL.”

The platform is now covering domestic leagues such as the Assam T20 series and many other international leagues and series.

For FanFight, the first target is to touch pre-pandemic numbers this IPL and then plan for growth.