Bhojpuri category is underserved, there’s history that has been left untouched: Amarpreet Singh Saini of Zeel

In an interaction with BestMediaInfo.com, Amarpreet Singh Saini, Senior VP, Bhojpuri Cluster at Zeel, speaks about the revamped channel Zee Ganga and its plans for the Bhojpuri market 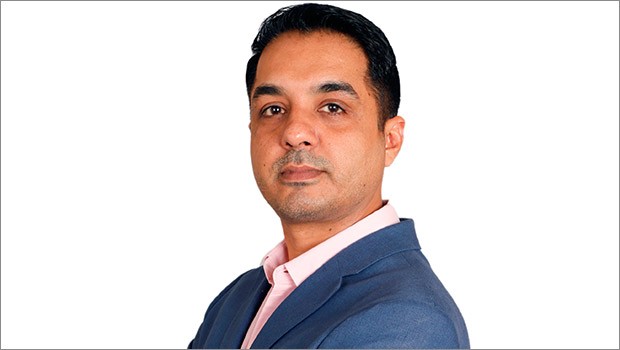 Media group Zeel recently rebranded their Bhojpuri GEC channel Big Ganga as Zee Ganga. The network had acquired the channel in 2016 from (Reliance Broadcast Network) RBNL and rebranded it in 2021 to offer a completely fresh slate of original Bhojpuri content to its viewers.

Speaking about the need for the revamp, Amarpreet Singh Saini, Senior VP, Bhojpuri Cluster at Zeel, said although Big Ganga was an established brand and had a legacy of years, the audience and their choices had evolved. He said there was not much content to serve the aspirations and dreams of the consumers.

“The consumer today has newer aspirations, newer dreams; they want to achieve more and they want you to know that. They want you to look at their culture with an even deeper and even wider lens. The category, if you see, is mostly Bhojpuri movies. In the name of Bhojpuri content, there is not much for the viewer to latch on to, especially for women. The consumption of Hindi content has been very high here because there is no substitute available in their own language. In other markets, the consumption of regional content is almost the same or sometimes even higher than Hindi content.”

He said while they will carry forward the legacy of Big Ganga, the Zee Ganga audience will have their original fiction shows in prime time rather than syndicated content.

The network had also launched Zee Biskope, a free-to-air Bhojpuri movie channel, in 2020.

Saini said the Bhojpuri market has the potential to grow further. “Regional consumption is now a significant bucket across formats. We at Zeel believe regional is very significant. Each of the regional markets is an important pocket for us and Bhojpuri is an underserved category. We believe this market has a huge potential to grow; we want to be at the forefront of driving the narrative of the Bhojpuri category,” he said.

Saini said the Bhojpuri audience wants to see their own stories and narratives on-screen. “When we launched Zee Biskope, our core thought was that even in a movie channel, people were underserved. The movie channels were commoditised; the channels did not have certain core promises. With Zee Ganga, we want to bring the stories of the region, their protagonists and journeys to the forefront. There is a lifestyle here and a history that has been untouched so far. With Zee Ganga, our intention is that we evolve it into a platform that is giving you much deeper and richer intelligence in your region and culture while preserving the legacy of Big Ganga,” he added.

The channel’s slogan ‘Har Pal Aviral’ has been coined keeping in mind people’s relentless spirit against challenges, he explained.

“If you look at Bhojpuri people, they thrive in an environment that is full of challenges. There is a lack of resources at times; there is a challenge because the outside world looks at them in a certain way. There are a lot of internal challenges in terms of the social and political environment. However, what is interesting is that it never bogs them down; it never makes them passive recipients and passive sufferers. We have summed it up in this creative rendition of ‘Har Pal Aviral’

The channel’s logo is derived from Madhubani art, which is local to the region. It symbolises the river Ganga since people of the region, as well as the channel, believe in it, Saini said. Their creative partner is Publicis India, which has been handling Zee Biskope and Big Ganga.

“They bring in a very sharp understanding of communication ethos. They are very empathetic towards understanding the cultural ethos from us and they marry the two very well. It works both with the consumers as well as within the industry. We have been getting a lot of awards for the past one-and-a-half years. With Zee Biskope and Big Ganga, we stand close to 60 awards right now across national and international forums. We are the only Bhojpuri channel to give Bhojpuri that respect and stature among the industry forum. Before this, you would see the celebration of content from other regional pockets but Bhojpuri would not be present so much.”

They have on-boarded Dinesh Lal Yadav aka Nirahua as brand ambassador for the channel, and planned several activities with the star. They have planned ATL and BTL activities to reach the audience at a macro level and have the touch and feel at a micro level. A brand song has been conceived around ‘Harpal Aviral’.

“In terms of the overall outlay, TV and digital are the most dominant mediums to reach to the consumer. We are also exploring outdoor, print and radio to make it a 360-degree approach,” he added.