The alleged bribery took place between 2015 and 2017 when Martin Sorrell was the WPP CEO. However, Sorrell said he had no part or involvement in the settlement between the SEC and WPP 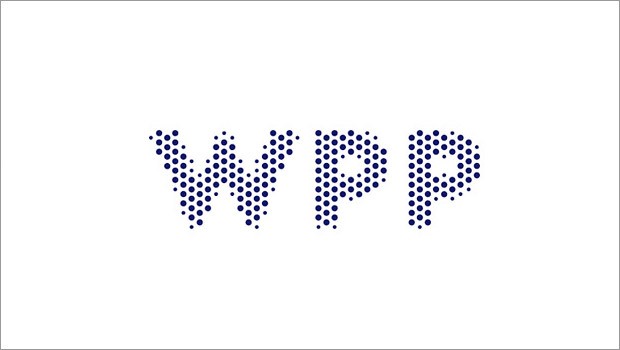 WPP was fined $19 million by the US Securities and Exchange Commission (SEC) for violating the anti-bribery, books and records, and internal accounting controls provisions of the Foreign Corrupt Practices Act (FCPA) across several international markets including India, the government body said in a press statement.

According to the SEC's order, WPP implemented an aggressive business growth strategy that included acquiring majority interests in many localised advertising agencies in high-risk markets. The order finds that WPP failed to ensure that these subsidiaries implemented WPP's internal accounting controls and compliance policies, instead of allowing the founders and CEOs of the acquired entities to exercise wide autonomy and outsized influence.

The order also finds that, because of structural deficiencies, WPP failed to promptly or adequately respond to repeated warning signs of corruption or control failures at certain subsidiaries. For example, according to the order, a subsidiary in India continued to bribe Indian government officials in return for advertising contracts even though WPP had received seven anonymous complaints touching on the conduct.

The bribery charges levelled against the Indian subsidiary of WPP are from 2015 to 2017 when Martin Sorrell was the WPP CEO. As a result of the bribery schemes at the India subsidiary, WPP was unjustly enriched by $5,669,596 (above Rs 40 crore).

However, Sorrell said in a statement that he had no part or involvement in the settlement between the SEC and WPP. “My personal commitment to compliance and controls during almost fifty years of value creation has been rigorous and remains so. I note there have been terminations of only certain senior executives and other employees at WPP involved in the misconduct as a consequence. I left WPP as a good leaver as its statement of April 14, 2018, made clear.”

The order also documents other schemes and internal accounting control deficiencies related to WPP's subsidiaries in China, Brazil, and Peru.

"A company cannot allow a focus on profitability or market share to come at the expense of appropriate controls," said Charles Cain, the SEC's FCPA Unit Chief. "Further, it is essential for companies to identify the root cause of problems when red flags emerge to prevent a pattern of corrupt behaviour from taking hold."

Without admitting or denying the SEC's findings, WPP agreed to cease and desist from committing violations of the anti-bribery, books and records, and internal accounting controls provisions of the FCPA and to pay $10.1 million in disgorgement, $1.1 million in prejudgment interest, and an $8 million penalty.

In July 2011, WPP obtained a majority interest in an agency located in Hyderabad, India, which became a FIC entity within a WPP Network (“India Subsidiary”). WPP’s acquisition agreement contained an earn-out provision, and WPP appointed Subsidiary’s co-founder as the CEO of India Subsidiary (“CEO A”).

From 2015 – 2017, approximately half of India Subsidiary’s revenue was attributable to the Indian States of Telangana and Andhra Pradesh’s Departments of Information and Public Relations (“DIPR”), which were responsible for retaining media agencies to conduct advertising and public relations campaigns for their respective state governments.

From July 7, 2015, through September 2, 2017, WPP received seven anonymous complaints alleging – with increasing specificity – two bribery schemes related to India Subsidiary’s work for DIPR. The first scheme involved the use of a third-party agency (“Vendor A”) that India Subsidiary used to purchase media for DIPR to create an off-the-books fund. The second scheme involved India Subsidiary fabricating an entire advertising campaign in order to create an off-the-books fund at a third-party agency (“Vendor B”) that was used to compensate DIPR officials for awarding campaigns to India Subsidiary and for the personal benefit of CEO A.

The vendor A bribery scheme

The Vendor A bribery scheme worked as follows: (1) DIPR awarded India Subsidiary a contract under which India Subsidiary created an advertisement and then purchased space in newspapers to display the advertisement; (2) DIPR paid a set publicly available fee to media agencies for purchasing advertisement space (the “card rate”); (3) CEO A was able to negotiate rates with the newspapers that were significantly less than DIPR’s card rate; (4) to utilize the delta between DIPR’s card rate and the actual price paid to the newspapers for bribes to DIPR officials, India Subsidiary entered into the agreement with Vendor A to purchase the advertising space on DIPR’s behalf; and (5) after paying the newspapers and taking its cut of the scheme, Vendor A facilitated payments to DIPR officials.

This same mechanism was used to make payments to CEO A.

Following the receipt of the original complaint in July 2015, which identified CEO A by name as the architect of the scheme, WPP tasked its Financial Director for the India region (“WPP India FD”) to oversee a review of the allegations. The WPP India FD retained an Indian partner firm of an international accounting firm (“Accounting Firm”) ostensibly to investigate the allegations and review India Subsidiary’s processes regarding government contracts and transactions involving government clients. However, the Accounting Firm relied on information provided by CEO A and India Subsidiary CFO (“CFO A”), did not contact third parties, and ultimately provided a report to WPP, which contained no conclusions related to the bribery allegations. Instead, the Accounting Firm noted several red flags regarding Vendor A, such as the India Subsidiary failing to obtain comparative quotes from other vendors or properly vetting Vendor A. After receipt of the Accounting Firm’s report, WPP allowed India Subsidiary to continue routing DIPR’s media purchases through Vendor A.

In the spring of 2016, WPP received three additional anonymous complaints related to the Vendor A bribery scheme. These complaints again specifically identified CEO A as the architect of the scheme and described documents CFO A falsified to facilitate the scheme. In response, WPP forwarded some of the complaints to the Accounting Firm and requested that the Accounting Firm conduct a transactional review of India Subsidiary’s business with Vendor A as part of a compliance review.

As part of its review, the Accounting Firm asked Vendor A to produce the relevant media invoices. Despite being contractually obligated to provide supporting documentation, Vendor A refused. As a result, the Network India CFO terminated the relationship, while still authorizing India Subsidiary to pay Vendor A for past media purchases.

WPP did nothing further with respect to the multiple allegations that CEO A was engaged in a bribe scheme with the FIC entity’s significant client.

The second bribery scheme involved Indian Subsidiary paying DIPR officials through an intermediary. In this scheme, DIPR paid India Subsidiary $1,588,480 to supposedly execute a campaign related to the celebration of the anniversary of the formation of the Indian state of Telangana in June 2015. In reality, no such campaign occurred. Instead, CFO A requested that Vendor B falsify documents indicating that Vendor B provided services for the supposed campaign as justification for India Subsidiary paying the bulk of the money it received from DIPR to Vendor B.

As reflected in spreadsheets maintained by CFO A, Vendor B then paid over $1,000,000 to a third-party intermediary responsible for making payments to DIPR officials.

With the remaining funds, Vendor B made cash payments to CEO A and routed money back to India Subsidiary. India Subsidiary used the money it received back from Vendor B to pay overdue account receivables from clients unrelated to DIPR. Therefore, the entire purpose of the fake campaign was to enrich DIPR officials, CEO A, and benefit India Subsidiary by cancelling out old receivable balances.

Despite having notice of these potential problems with Vendor B in early 2016 through the same anonymous complaints described above, WPP failed to uncover that the supposed June 2015 DIPR campaign was, in actuality, a mechanism for bribery.

WPP ultimately acts on the bribery allegations at Indian Subsidiary

In 2017, WPP continued to receive warning signs about India Subsidiary in the form of anonymous complaints citing CEO A, Vendor A, and Vendor B. One of these complaints named the specific DIPR official (“DIPR Official”) that allegedly received bribes in return for awarding India Subsidiary contracts.

In August 2017, WPP directed a member of its legal team to conduct an investigation. Unlike the earlier reviews in response to the various allegations of bribery, WPP conducted third-party due diligence of CEO A, DIPR Official, and Vendor A and a review of CEO A’s and CFO A’s email accounts, which were stored on servers in the United States. The third-party due-diligence report revealed that CEO A and DIPR Official had a close relationship and DIPR Official had a reputation for demanding kickbacks for contracts awarded under his supervision. Additionally, WPP identified email communication dating back to 2015, in which CEO A and CFO A tracked the off-the-books funds India Subsidiary maintained at Vendors A and B that were used for bribe payments. Ultimately, CEO A admitted that he was aware that third parties made payments to government officials on behalf of India Subsidiary, and WPP terminated both CEO A and CFO A.

As a result of the bribery schemes at the India subsidiary, WPP was unjustly enriched by $5,669,596 (above Rs 40 crore).